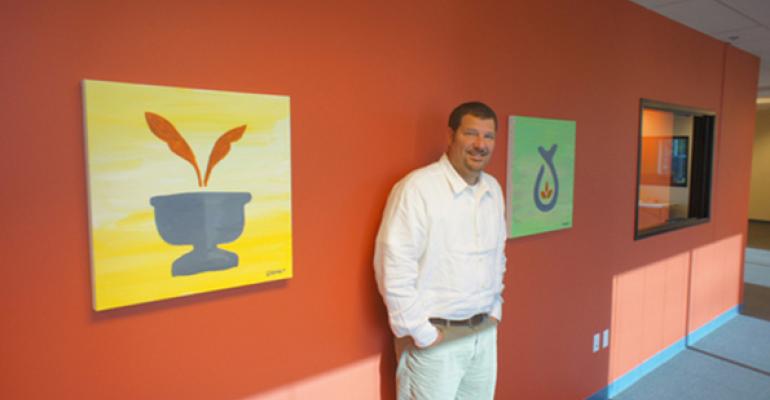 Expanding its space to increase production, and working hard to ensure quality as the FDA gets more serious about regulation, are on this supplement company&#39;s agenda.

Youtheory has been selling collagen supplements for five years, but the brand really caught our attention in 2014 for expanding its marketing to include the other half of humanity who wants to look good: men. We were so impressed, in fact, that Youtheory was selected as a NEXTY Award winner that year. Although 90 percent of Youtheory buyers are still women, who then give the products to the men in their lives, guerilla marketing has helped Youtheory reach more men directly, says CEO Darren Rude. “We sponsor a NASCAR race now—to get at where the real men are,” he says. “Nobody’s doing that in natural.”

Even though sales have been gangbusters, Rude believes the company needs to keep on its toes in the face of greater regulation. “This year, the Food and Drug Administration is going to move in and start testing products all over the place,” he says. “I believe that if you don’t have three clinical trials on every claim you make on the bottle, [you’ll soon] be attacked by the FDA.”

According to Rude, none of the collagen brands on the shelf have clinicals. Even so, Youtheory decided to remove the claims about benefits for hair, skin and nails
previously displayed on its bottles until the company has better clinical data. Costco, where Youtheory has a large presence, “is the hardest retailer for us to please—and it shouldn’t be,” Rude says. “Costco’s lab does about 20 tests on every product it buys. Even Whole Foods Market isn’t doing this. So we need to get better at what we put in the bottle.”

As its own manufacturer, Youtheory sources raw materials with people on the ground in India. “I still watch the turmeric being picked,” Rude says. “We go to Brazil and Europe, and even here in the U.S., we follow the process all the way through. We are breaking down the molecules, bottling and putting the products on the shelf.” The company added a second staff doctor in 2015. Rude believes Youtheory is the only manufacturer and brand of its kind with two MDs on staff. “We send them [and a quality-control team] around the world as well,” he says.

These days, Youtheory can’t fill orders fast enough. Currently, the company produces 30,000 bottles in 24 hours at its 50,000-square-foot manufacturing headquarters in Irvine, Calif. But expanding its space to 150,000 square feet this year will allow Youtheory to increase production to 90,000 bottles a day. Employees are reaping the benefits of growth, too: The campus will have a full—and free—restaurant with a chef cooking natural and organic meals. Add to that a basketball court, a gym with a trainer, locker rooms and the elimination of clocking in and out, and “we will be producing more because of our lifestyle,” Rude says. The company is also shopping for second facility in the Midwest.

Look for Youtheory’s “Man Cave” at Natural Products Expo West (Booth 5020), where it will show more of its men’s line and introduce new products.