HomeNewsPutting your mealworm where your mouth is
Recent
Latest
Unboxed: 12 waterless personal care products making a splash
May 26, 2022
3 reasons natural retailers are inflation-friendly shopping destinations
May 25, 2022
Sponsored Content
Organic agriculture and its impact on ingredients and the planet – webinar
Sponsored Content
The goodness wrapped in a certified organic seal – video
Trending
Getting ready for 2023: Trends for brands to consider
May 17, 2022
Sponsored Content
Exploring the CBD gummy revolution – article
Sponsored Content
6 tips to promote consumer understanding of Certified Organic
May 18, 2022
Sponsored Content
Natural beauty market trends
Jun 16, 2021
IdeaXchange
brought to you by

Putting your mealworm where your mouth is 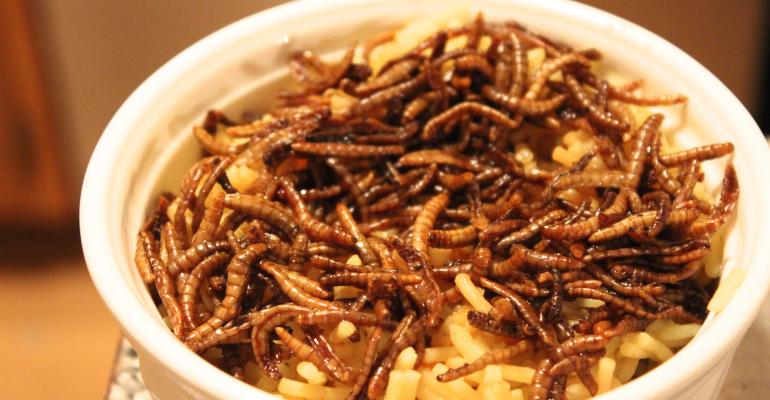 Cam Brantley-Rios is eating bugs at breakfast, lunch and dinner for 30 days. Can such commitment move the edible insect movement beyond the novelty phase?

In the case of the edible insect movement, I have begun to believe that it’s not so much a case of “Put your money where your mouth is,” as “Put your mealworm where your mouth is.” Bug snack entrepreneurs extoll the sustainable feed-the-planet virtues of cricket bars and the like, but I doubt many of them actually eat bugs as a primary protein source.

Cam Brantley-Rios does, and he’s invited you for a month of virtual breakfast, lunch and dinner, every dish served with a side of cringe. 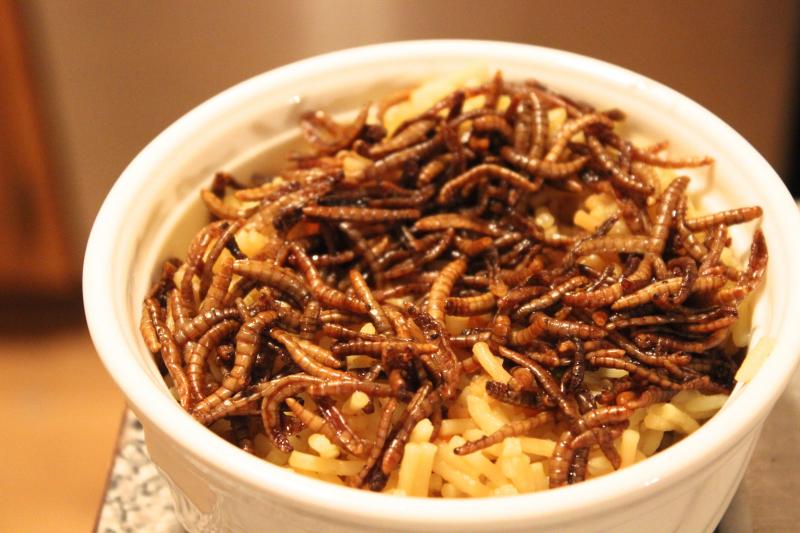 The Auburn University senior is blogging his 30-Days of Bugs experience, closing in on the final days with tales of scrambled eggs and wax worms, crickets as “shrimp of the land” and a picture of fries and mealworms I will never be able to un-see.

Of his insect sushi he notes: "There’s not really much of a difference between raw waxworms and raw salmon, right?"

Sorry Cam. There is. The sushi doesn’t crawl off your plate when you’re not looking.

And salmon actually gives a better feed-in/protein-out pay off.

That’s some of where the whole edible insect movement strays off into the dream world of “wouldn’t it be great if …” where many a high-minded mission never finds traction on the shelf. The truth is that the economics of edible insects do not add up, at least not now, and without a sudden spike in demand it’s hard to imagine they ever will. The demand would need to be many times the novelty market of cricket bars before automation and innovation for bug farming and processing will bring prices down. Cricket flour is $30 a pound last I checked, wholesale. That would buy you nearly six pounds of almond flour.

As I have written before, it’s a chicken-and-the-egg situation. Except I can buy eggs for just over a buck and Hampton Creek is working on an egg substitute that will be even cheaper.

Still, I admire this bug eater’s commitment. By weight, the actual insect content in some of the cricket bars amounts to fairy dusting. In contrast, Brantley-Rios is chowing down on big bowls of bugs.

It stills feels like what I call “stunt food,” the “Look Ma! No hands!” of dining all too common in the foodie world. It may be a stunt, but it may also nudge the conversation away from the novelty of cricket bars and into the reality of eating bugs every day.

Brantley-Rios is putting his mealworms where his mouth is.