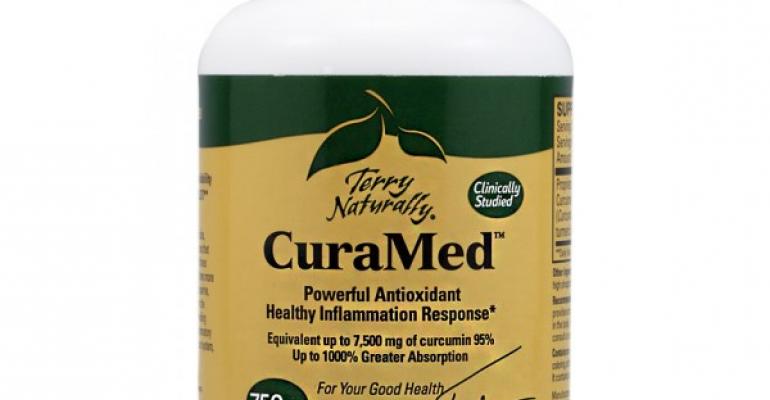 One well-known and validated method for determining the antioxidant abilities of natural compounds is Oxygen Radical Absorbance Capacity (ORAC), or the ability to neutralize free radicals. Third party testing has revealed that BCM-95® high absorption curcumin has an ORAC value of over 1,500,000 per 100 grams. For comparison, raw cranberries are 9584 per 100 grams, raw blueberries are 6552 and turmeric spice is 159,277.

“We knew that curcumin had a higher ORAC value than turmeric, because only 2 percent to 5 percent of turmeric is curcumin. We had our BCM-95 Curcumin tested by an independent laboratory so that we could determine its exact capacity. We were surprised to find the value to be over one and a half million. That means that taking two capsules of CuraMed®, which contains BCM-95 Curcumin, would provide an ORAC value of approximately 15,504. That is an incredible amount of antioxidant protection in only two capsules,” states Terry Lemerond, president and founder of EuroPharma®, maker of the Terry Naturally® brand, which offers several products based on high absorption BCM-95 curcumin.

Antioxidants are compounds that inhibit oxidation and remove potentially damaging oxidizing agents in a living organism. According to the Mayo Clinic Health Education website: “Antioxidants can neutralize free radicals, which are toxic byproducts of natural cell metabolism. Free radicals can also be introduced into the body by exposure to certain substances, such as cigarette smoke, sunlight or pesticides. Although free radicals perform some useful immune functions, in excess or in the wrong place, they can damage healthy cells through a process called oxidation. Oxidation is thought to be a factor in the development of certain diseases. Overall, free radicals do far more harm than good.”