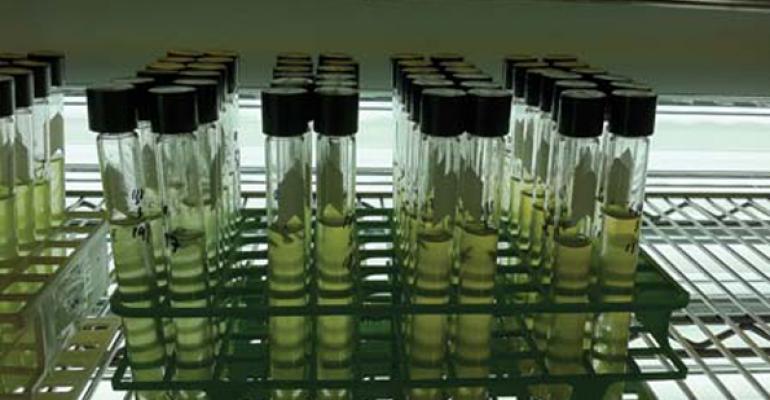 Algae has great promise as a sustainable source of omega-3s, but up to now it hasn&#39;t been possible to certify most algal sources as organic. While that might be about to change, will ingredient suppliers get on board?

Algae is an ingredient source that holds great promise for the future, as a sustainable source of omega-3s, a highly productive source of protein to feed the world’s masses and even a renewable source of biofuel, lessening the need for imported petroleum.

What it hasn’t been is a major source of organic ingredients. Whether that’s about to change, and even if it needs to, depends upon whom you ask. And what’s organic and what isn’t is murky when you delve down into the trace constituents of foods, such as algae and vitamins, which often are the result of large-scale, industrial-style chemical processing.

The issue surfaced recently when a Chapel Hill, N.C.-based company called Source Omega claimed in a press release that it had developed a way to manufacture organic algal oil containing the omega-3 DHA. Algal DHA oils have been on the market for years, but not an organic version.

An interview with Scott Doughman, PhD, founder and CEO of Source Omega, revealed that he doesn’t currently offer an organic ingredient. But he said he believes that the technology he has developed using a water extraction method could be certified organic when and if a set of organic certification standards for algae becomes available. Lacking clear standards, the algal oil Doughman has under development (which will be made by a subcontractor) isn’t certified organic now, and probably couldn’t be before the end of 2013 at the earliest.

However, there are some organic algae sources, but these tend to be wild harvested varieties and sold as green whole food supplements. One example is Klamath Blue Green Algae, which is harvested from a lake in Oregon. These are niche applications, constrained by the limited supply and the seasonal nature of the algae growth, and are not players in the food ingredient arena where large volume, predictable supply, consistent quality and economies of scale are paramount.

Cassie France-Kelly, director of corporate communications for algae leader DSM Nutritional Products, lays the problem out this way: “The organic label was designed for agricultural products and livestock that are produced on land. Fish and other aquatic life are not addressed under organic livestock policies and as a result have not been certified organic. Organic certification of non-agricultural products is not without precedence (for example in the cases of yeast and some natural flavors); however, it is not clearly defined and in the case of algal DHA there are a number of variables that must be explored, a process that will take considerable time and resources.”

As matters stand, a product that meets the criteria of an organic label claim could in fact contain some ingredients that are not certified organic. Up to five percent of an “organic” product may consist of these non-organic additives as long as they appear on the National List of allowed non-organic ingredients.

Dean Foods' Horizon brand began adding DSM’s algal DHA oil to its organic milk in the mid-2000s, sparking a furor among the more strident voices in the organic movement. (This algal DHA oil was developed and produced by Martek Biosciences. DSM acquired Martek in December 2010.) The National List does have a line item approving the use of “food grade microorganisms” but doesn’t specifically mention algae.

Whether regulators under the Bush Administration erred in allowing this ingredient to be added to organic milk is now moot; in response to DSM’s petition the National Organic Standards board voted in December 2011 to recommend algal DHA oil be added to the National List.

Sustainable, if not organic, source of omega-3s

Undoubtedly, the greatest promise for algae in human nutrition is as a sustainable source of the omega-3s DHA and now EPA. DSM has been marketing its Ovega-3 supplement in health food stores for a year now and reports robust sales.

The supplement features DSM’s "life’sDHA plus EPA" ingredient and delivers 320mg of DHA and 120mg of EPA in a two gram capsule. The product’s label uses phrases like "all-vegetarian" and "sustainable plant source." The ingredient’s sustainability positioning (and, presumably the sales of the Ovega-3 brand) has caught the eye of mass-market omega-3s king Schiff Nutrition, which launched a vegetarian version of its MegaRed omega-3s product that features DSM’s ingredient.

From the beginning, DSM's technology has focused on fermentation, where algae cells use carbohydrates as an energy source in a process similar to the way in which yeast cells feed.  On the flip side of the algae coin are the companies working with photosynthetic algae species. A number of companies in this arena such as Aurora Algae and Algae Biosciences are close to bringing to market EPA-rich oils derived from these photosynthetic organisms.

Do these ingredients fit a "vegetarian" claim? Clearly. Do they fall under the admittedly loose definition of "natural?" Probably, though the processing steps involved in large-scale production of algal ingredients do give some observers pause. Are they organic? Not yet, for most algal sources. And would they want to be, given the costs involved?

"We are committed to improving our processes and products so we never rule anything out for the future,” DSM’s France-Kelly said. “Certainly the desire for organic products in general is growing, but I think the primary desire in the marketplace regarding omega-3 fatty acids is for sustainable sources. One of the foundational values of organic is 'conservation... to enhance environmental quality for future generations' and algal sources of fatty acids certainly align with that value."

AlgaeBio to ramp up production of algae-based omega-3s
Mar 14, 2012