Eagle Produce, LLC has announced a limited recall of certain cantaloupes shipped from Arizona to upstate New York, due to their potential to be contaminated with salmonella.


Eagle Produce, LLC of Scottsdale, Arizona has announced a limited recall of certain cantaloupes shipped from Arizona to upstate New York in late May, due to their potential to be contaminated with salmonella. Although no illnesses have been reported, Eagle Produce has voluntarily decided to recall the potentially affected shipments, which were sold at Sam’s Club between 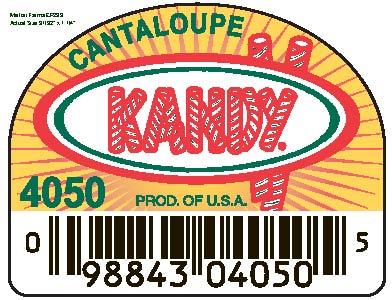 June 2 and June 17, 2011. Sam’s Club has withdrawn all cantaloupes from the Clubs and sent a notification to Members that bought these melons from Clubs served by the Johnstown, NY and Pottsville, PA distribution centers.

Salmonella an organism which can cause serious and sometimes fatal infections in young children, frail or elderly people and others with weakened immune systems. Healthy persons infected with Salmonella often experience fever, diarrhea (which may be bloody), nausea, vomiting and abdominal pain. In rare circumstances, infection with Salmonella can result in the organism getting into the bloodstream and producing more severe illnesses such as arterial infections (i.e., infected aneurysms), endocarditic and arthritis.

The recall is limited to approximately 1760 cartons of cantaloupes, each containing 9 melons, for sale in bulk, in brown cardboard cartons each with the Kandy logo in white with the word 'Cantaloupes' in white lettering on a red background. The cartons have the lot code 147 count 9 printed on the side of the carton. Each melon bears a Kandy sticker with the words 'Cantaloupe USA'.

The recall is being implemented as a result of a routine and random test directed by the USDA and carried out by the New York Department of Agriculture. The company has ceased the production and distribution of the product in question.

Consumers who believe that they are in possession of uneaten cantaloupes affected by this recall may contact Eagle Produce at (480) 323-6177 Monday through Friday 8:00 AM – 5:00 PM MST (Arizona time).