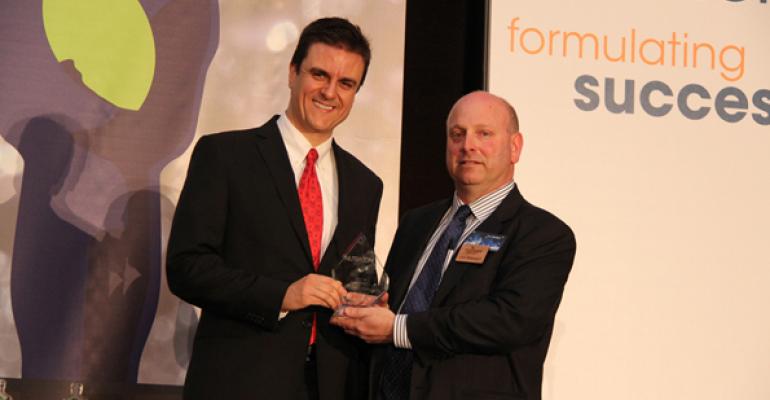 Presented at a ceremony on March 8, 2012, the 2012 NutrAward was decided by a committee of industry experts, scientists and nutritionists, as well as registered convention voters. The Dole Portobello Mushroom Powder was judged on its creative product concept, distinct health application, unique packaging and online marketing.

The first food product of the Dole Nutrition Institute (DNI), Dole Portobello Mushroom Powder, won the NutrAward as the Best New Finished Product at the 2012 Nutracon and Engredea events during the Natural Products Expo West in Anaheim, California.

Presented at a ceremony on March 8, 2012, the 2012 NutrAward was decided by a committee of industry experts, scientists and nutritionists, as well as registered convention voters. The Dole Portobello Mushroom Powder was judged on its creative product concept, distinct health application, unique packaging and online marketing.

“We are so honored – and excited – to receive this prestigious award,” said Dole Senior Vice President Jennifer Grossman. “As we have always believed that the DNI’s Vitamin D Mushroom Powder is a revolutionary, innovative breakthrough, the NutrAward gives it tremendous validation.”

Vitamin D, a fat-soluble vitamin, is produced in the skin by sunlight which also stimulates production in mushrooms. Vitamin D deficiency is one of the most prevalent, yet preventable roots of many diseases. Unfortunately, most people do not get sufficient sun exposure or intake of the vitamin from food. The Dole Portobello Mushroom Powder offers a simple vegan dietary solution to meeting vitamin D deficiency, a widespread concern in developed countries.

The award-winning mushroom powder can be sprinkled into nearly any recipe: soups, side dishes, entrees, smoothies or even desserts, leaving no residual taste, while supplying 150% of the daily vitamin D requirement in each teaspoon. Unlike other vitamin D supplements which are industrially produced from sheep fat, yeast or fish livers, the Dole Portobello Mushroom Powder is the first-ever plant-based source of this life-saving vitamin provided to consumers as a whole food.

As processing allows vitamin D content in the powder to be as high as 20,000 IU per gram, the DNI is attracting diverse manufacturing interest for ingredient applications. See dolevitamind.com.

The DNI was founded by David H. Murdock in 2003 to help “feed the world with knowledge” about the benefits of a plant-based diet. The DNI harvests the latest findings from leading universities around the world, including the eight universities collaborating with Dole scientists at the unprecedented North Carolina Research Campus, home of the Dole Nutrition Research Laboratory. This valuable information is distributed freely to consumers through the multiple award-winning 2.5 million subscriber, Dole Nutrition News, the recently published Dole Nutrition Handbook, videos, brochures, cookbooks and more. Sign up for the Dole Nutrition Newsletter at newsletter.dole.com.

Dole, with 2011 revenues of $7.2 billion, is the world’s largest producer and marketer of high-quality fresh fruit and fresh vegetables, and is the leading producer of organic bananas and producer/shipper of organic pineapples. Dole markets a growing line of packaged and frozen fruit and is a produce industry leader in nutrition education and research.