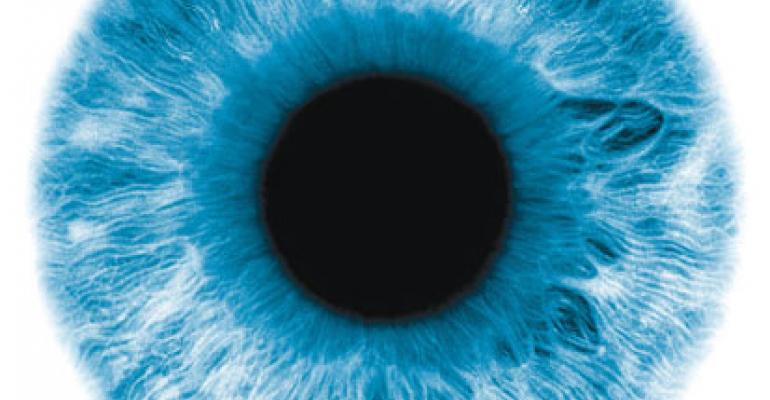 The eye health category is focusing on some unexpected new ingredients and promising research. From lutein and zeaxanthin to bilberry extract and pycnogenol, scientists are finding new ways to promote optimal optical health as we age.

If you had to put on glasses or contacts to read this sentence, you’re not alone. More than 60 percent of U.S. adults need some sort of corrective eyewear, according to the Vision Council of America. What’s more, nearly 23 million Americans over age 40 have cataracts or glaucoma, according to the National Eye Institute, and about 3 million are predicted to have age-related macular degeneration (AMD) by 2020.

While sales of the traditional eye-health nutrient vitamin C continue to drop, an aging populace and new research is boosting sales of other ingredients. AMD gets the bulk of the science dollars (and euros and yen), which translates into increased sales of the carotenoids lutein and zeaxanthin, which are naturally contained in the macula. Look for aging eyes to also search out other carotenoids such as lycopene, lutein and astaxanthin, as well as antioxidant vitamin C and anti-inflammatory omega-3 fatty acids.

“Dietary factors are well described to reduce the risk of developing the degenerative eye disorders cataracts, age-related macular degeneration and retinopathy,” says Frank Schonlau, PhD, scientific director of Horphag Research, which distributes the eye health ingredient Mirtogenol. Lutein is the most prominently studied nutrient for AMD, he says, while antioxidants, including carotenoids, have been shown to be protective against cataracts and retinopathy.

Take a peep at the latest science for these ingredients.

“While many eye health ingredients contain highly researched Lutein, Lutemax 2020 is the only one to combine a unique balance of lutein with two additional carotenoids—RR-zeaxanthin and RS(meso)-zeaxanthin—in a highly bioavailable ratio. In addition to its unique composition, Lutemax 2020 is produced under a fully integrated supply chain operation that begins with the cultivation of marigold flowers and continues through proprietary extraction and manufacturing processes. The result is a stable, effective eye health ingredient that is truly differentiated in today’s marketplace, and one that is easy to incorporate into new and existing eye health formulations.” —Hiren Doshi, Vice  President, OmniActive Health Technologies.

Lutemax 2020 combines the two most widely researched and recognized eye health ingredients—lutein and zeaxanthin isomers—into a single source ingredient. A vast majority of lutein products available contain very low levels of zeaxanthin. Without a complete source of zeaxanthin, the human eye won't accumulate the proper concentration of both compounds. Lutemax 2020 is the first ingredient that provides enhanced levels of zeaxanthin isomers, along with lutein, for convenient and more beneficial nutrient availability to the eyes. Manufacturers can also seamlessly upgrade to Lutemax 2020 at an affordable cost-in-use.

“Our sales of FloraGLO Lutein are very robust,” said Aparna Parikh, Senior Marketing Manager for DSM Nutritional Products.  “Eye health as a category is growing along with the aging of population. Blindness or low vision affects 3.3 million Americans age 40 and over or one in 28 people overall, according to National Eye Institute.” This figure is projected to reach 5.5 million by year 2020.

The average North American diet delivers only about a tenth of the lutein that recent scientific research supports as optimal for eye health, making a strong case for supplementation.  An additional factor in the brand’s growth, Aparna said, is that DSM and Kemin, developer of and partner in FloraGLO, use a food-grade source of lutein that is independent of marigold cultivation. Marigolds are the primary source of most botanical free lutein, and unstable weather in the world’s major marigold cultivation areas in 2009 and 2010 damaged harvests, leading to an ongoing marigold oleoresin shortage.

Mirtogenol, a combination of Mirtoselect (bilberry extract) and Pycnogenol (French maritime pine bark extract), has been shown in two published clinical studies to alleviate a type of pressure inside the eye known as intraocular hypertension. This pressure can occur without any symptoms, but if left untreated, it may damage the optic nerve, Schonlau says. That damage can develop into peripheral vision loss and, eventually, glaucoma.

“Mirtogenol currently represents the only proven dietary option for helping to protect patients from developing intraocular hypertension, and as a result, reduces the risk for developing glaucoma with age,” Schonlau says.

Oregon Health & Science University researchers conducted a recent in vitro study on goldfish retinas (which have the same biological structure as human retinas). The researchers found that, surprisingly, the retinal cells needed to be “'bathed in relatively high doses of vitamin C, inside and out, to function properly,” says study coauthor Henrique von Gersdorff, Ph.D. This could have implications in fighting glaucoma, he says.

Researchers at Swinburne University of Technology in Melbourne recently studied 74 healthy people age 45 to 77, who were given either a placebo or 1,000 mg of tuna oil containing EPA and DHA. After 90 days, the tuna oil group had improved right eye visual acuity compared to the placebo group.