Inside look into why DSM bought Ocean Nutrition Canada 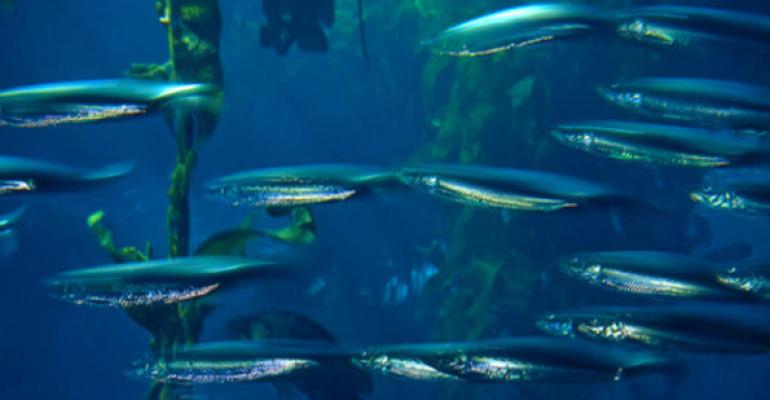 DSM, already one of the biggest names in the human nutrition business, became the biggest supplier of omega-3s when it acquired fish-oil leader Ocean Nutrition Canada. Here&#39;s an insider&#39;s look into DSM&#39;s strategy.

DSM, which closed its acquisition of fish-oils firm Ocean Nutrition Canada on July 19, got an omega-3s category leader and innovation powerhouse in the deal. But, while this acquisition is in line with DSM’s growth strategy, the company didn’t buy ONC just to get bigger.

ONC was attractive on a number of fronts, from being the biggest player in a major ingredient category to having developed cutting-edge technologies with the capability to execute on those innovations.

But the most beautiful suit isn’t of much use if it doesn’t fit. And, as far as Jim Hamilton, president of DSM Nutritional Products USA is concerned, ONC fit to a "T."

“All of [ONC’s] facilities are very complementary to our business and we’re very happy about that,” Hamilton said.

DSM often touts its investments in science and innovation, and ONC has been a leader in both. The company was an early innovator in fish oil forms, developing a patented microencapsulation technology it dubbed Powder-loc. This technology gave rise to an ingredient called MEG-3, a water-soluble and heat-stable form that has become the biggest selling functional food ingredient derived from fish oil.

ONC had a huge win with MEG-3 in 2010, when it signed a deal to put it into Arawana-brand cooking oil, manufactured by Singapore-based Wilmar International. The oil, which is on shelves in China and which packs 130 mg of EPA and DHA into each serving, racked up more than $500 million in sales in its first six months on the market.

“We were looking at some investments at some of our own facilities for forms production,” Hamilton said. “Because of this acquisition, some of those investments can be deferred and we’ll be able to utilize what they already have on the ground.

In particular, Hamilton said ONC’s expertise in manufacturing powered and beadlet forms of lipid ingredients made it a good fit for DSM, where it will become part of the Nutritional Lipids division, where it will join the former Martek assets.

Martek was long the leader in algal DHA oils and has the infant nutrition space sewn up. DSM also has a vegetarian omega-3s supplement brand called Ovega-3 that is based on Martek’s life’s DHA plus EPA ingredient.

DSM officials have said the fish oil and algae omega-3s platforms serve different markets at different price points, so they don’t expect the various parts of Nutritional Lipids to compete with each other. The deal, which sailed through regulatory reviews with flying colors, makes DSM the world’s largest supplier of omega-3s.

It’s too early, though, to say how ONC’s technologies might be leveraged beyond the realm of marine oils.

“They do many things very well and in the categories they’re in, they are the leaders. They do a lot of things in this particular area that [DSM was] not doing.”

And ONC has been a leader in other ways, too. Under former chairman Robert Orr, the company was instrumental in putting the omega-3s fish oils category on a firm regulatory and scientific footing.

More than anyone else, Orr started working a decade ago to develop a voluntary monograph on DHA and EPA. Under the auspices of the Council for Responsible Nutrition, the Omega-3 Working Group and its six founding members developed analytical methods, quality standards and purity standards for DHA and EPA.

In addition to these advantages, ONC offers access to a secure supply of raw material with its longstanding relationships in the Pacific anchoveta fishery and its processing facility on the coast of Peru. This supply will become increasing important as manufacturers ramp up for entry into the generic omega-3s pharmaceutical market with the impending expiration of Norway-based Pronova’s patents on its Lovaza trigylceride-lowering drug.

To that notion, Hamilton replied, “That category is being actively looked at by a number of players. And it’s not just in the generics, but in new patented medicines with different kinds of levels and claims. So the whole category is of interest and clearly as the largest omega-3s producer in the world, we’re very interested to engage with these people to help them be successful, no different than [we would with] a supplement company or a food company.”

While DSM gained a lot in its acquisition of ONC, it brings a lot to the table, too, Hamilton said.  Since the announcement of the deal’s closure on July 19, Hamilton and other DSM executives have been meeting with ONC employees in a series of town hall meetings to welcome them into the fold.

“Whenever there’s change people have a lot of questions.  We were there to explain who DSM is as a company and what our values are,” Hamilton said.

The meetings were also a way to show what DSM has to offer, Hamilton said.

“We have people with relationships in every country around the world, with customers, distribution, regulatory, all of the above,” he said.

“We also bring opportunities for people. When businesses are expanding and globalizing, it’s a great place to be."

The ONC deal confirms DSM as the leader in the human nutrition business. In addition the ONC and Martek deals (DSM completed its acquisition of Martek in early 2011), DSM has also in recent years acquired Spanish carotenoids supplier Vitatene S.A.U. and Microbia, a Massachusetts-based firm with fermentation expertise and took a stake in Provexis, a UK-based developer of specialty functional food and sports nutrition ingredients.

Is DSM satiated, or are other acquisitions on the horizon? To that, Hamilton had this to say:

“The nutrition business is a core business for DSM.  The macrodemographics are in favor of this business.  Where there’s opportunity we will continue to invest in it.”