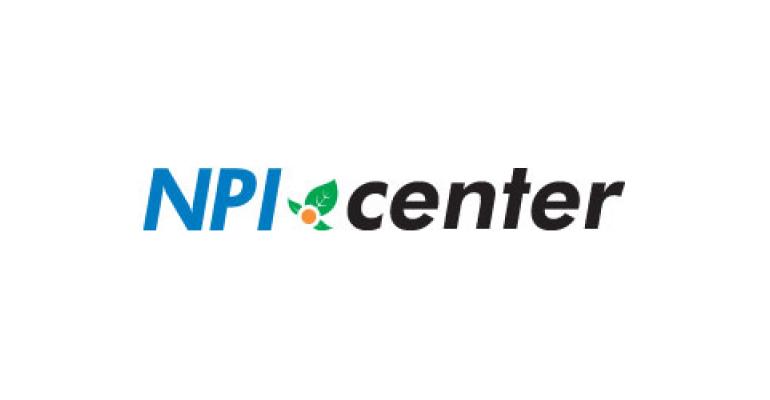 The decorated Korean War veteran passed away on September 10 as a result of congestive heart failure and type 2 diabetes. Professor Farnsworth was an internationally-recognized scholar and initiated many significant projects in the fields of pharmacognosy and medicinal plant research.

(Austin, TX) September 12, 2011—Renowned pharmacognosist and internationally-respected medicinal plant research expert, Norman R. Farnsworth, PhD, died on September 10 at a Chicago hospital. He was 81 and had been in declining health for months, suffering from long-term congestive heart failure and type 2 diabetes.

Dr. Farnsworth was born on March 23, 1930 in Massachusetts. Norman Farnsworth was a veteran of the Korean War, drafted in the US Army at age 18 in 1949. PFC Farnsworth served in the Third Infantry Division, Seventh Regimental Combat Team. Although he was seriously wounded in the winter of 1950, Farnsworth survived. Corporal Farnsworth was awarded the Korean Ribbon with Four Battle Stars, the Combat Medical Badge, and Bronze Star with a "V" device.

He received his degree in pharmacy from the Massachusetts College of Pharmacy in 1953 and his PhD in pharmacognosy, the study of drugs from natural origins (including medicinal plants, microbes, marine organisms, and fungi), from the University of Pittsburgh in 1959. At Pitt, he helped to institute a pharmacognosy PhD program at the university and was the first to chair it.

In 1970, Prof. Farnsworth left the University of Pittsburgh for a post in the College of Pharmacy at the University of Illinois at Chicago (UIC) where he served as Head of the Department of Pharmacognosy and Pharmacology from 1970-1982. At UIC, he was also Research Professor of Pharmacognosy, the Director of the Pharmacognosy Graduate Program, and Director of the World Health Organization Program for Collaborative Research in the Pharmaceutical Sciences—a multidisciplinary program which brought together, for the first time, scientists in numerous fields of medicinal plant research to collaborate on drug discovery from medicinal plants.

In 1988, he was named Senior University Scholar at UIC. He held the title of Distinguished Professor of Pharmacognosy, which he received for his "scholarship, creativity and leadership" from 2001 until his death.As head of the pharmacognosy graduate program at UIC, he had mentored more than 100 PhD and 30 MS students. He said he had "personally" mentored about 30 PhD and 5 MS graduate students as well as mentored or co-mentored 30 post-doctoral fellows. Professor Farnsworth was an internationally-recognized scholar and initiator or co-initiator of many significant projects in the fields of pharmacognosy and medicinal plant research.

Among other accomplishments, he was a founding member of the American Society of Pharmacognosy (ASP) in 1959 and a founding member of the Society for Economic Botany (1959). In 1975, Prof. Farnsworth created the NAPralert (acronym for Natural Products Alert) Database at UIC, the world's first computerized database of ethnobotany, chemistry, pharmacology, toxicology, and clinical trials on medicinal plants. He also was the Principal Investigator and Director of the Botanical Dietary Supplements for Women's Health Center at the University of Illinois at Chicago funded by the National Center for Complementary and Alternative Medicine at the National Institutes of Health.

The author or co-author of hundreds of research papers published in peer-reviewed journals, Prof. Farnsworth co-founded the peer-reviewed journal Phytomedicine, the International Journal of Phytotherapy and Phytopharmacology, along with Professor Hildebert Wagner, PhD, at the University of Munich, who remains the journal's editor-in-chief. This journal is now acknowledged as one of the leading scientific journals in this field.

Among many other organizations and publications with which he was involved, Prof. Farnsworth was also a co-founder of the American Botanical Council (ABC), an independent nonprofit research and education organization, and the longest-serving member of its Board of Trustees.In 2005, the ASP renamed its annual Research Achievement Award in honor of Prof. Farnsworth in his name, given to outstanding members of the medicinal plant research community. And, in 2005, ABC established its Norman R. Farnsworth Excellence in Botanical Research Award, given to medicinal plant researchers who have made significant contributions to the field of medicinal plants and herbal dietary supplements.

In 2010, UIC also established the Norman R. Farnsworth Professor in Pharmacognosy Endowed Professorship which is chaired by Prof. Chuan-Tao Che, PhD, one of Prof. Farnsworth's former doctoral students.Professor Farnsworth was the recipient of numerous awards from around the world, including the SEB's Distinguished Economic Botanist Award in 1983, as well as numerous other awards and honorary degrees.

In the 1990s, Prof. Farnsworth was a member of the Commission on Dietary Supplement Labels, a commission established by President Bill Clinton as part of the provisions of the Dietary Supplement Health and Education Act of 1994 (DSHEA) to develop recommendations for the review of the quality, safety, benefits, and appropriate labeling of dietary supplements.

A larger-than-life figure, Norm Farnsworth was rarely seen without his trademark Marsh-Wheeling cigars in his mouth, even long after he was forced to give up smoking. As venues allowing smoking in public places diminished over the past two decades, Prof. Farnsworth would often be seen in a restaurant or public area with one of his cigars in his mouth, even after being admonished by waiters who told him that smoking was not permitted. Farnsworth would point out the obvious fact that he was not smoking, that the cigar was not lit, and would continue to keep the cigar in his mouth, seeming to relish the opportunity to keep walking up to the line, but not exceeding it.

He was highly-respected and admired in life and now remembered fondly by his former students, mentees, and friends. Often seen as brash and outspoken, frequently critical of other scientists and institutions which to him were guilty of producing less than acceptable work or policies, Norm Farnsworth pushed his students and all those around him to strive to the highest degree of academic and professional excellence. And underneath the brash veneer, was a man who was seen by his colleagues and students as extraordinarily generous with his time and his personal funds.

His long-time friend and colleague of 56 years, UIC Professor (ret.) Harry H.S. Fong, PhD, once said, "Everyone who has come into contact with Norman Farnsworth has a 'Farnsworth story' or two to tell." Professor Fong recalled that Farnsworth, who was still working until shortly before his illness, recently noted that Fong, his former graduate student, had retired, as an example of how long Prof. Farnsworth had hoped to be able to continue his never-ending work in medicinal plant research.

Another phrase used to describe Dr. Farnsworth is the "quintessential renaissance man," as he was so-called in an editorial in the ASP's Journal of Natural Products by Farnsworth's colleagues Prof. Fong, Geoffrey A. Cordell, PhD, and A. Douglas Kinghorn, PhD, JNP's editor-in-chief: "To fully depict Farnsworth, one needs to write a book," said Dr. Fong.

Dr. Fong shared several anecdotes about Dr. Farnsworth. One story involved Dr. Farnsworth's propensity for cigars. "On every lab bench and in every office that Norm has spent any length of time at the University of Pittsburgh and at University of Illinois at Chicago, one will find a littering of chewed remains of Marsh Wheeling cigar butts," said Dr. Fong. "In fact, such mementos can even be found in Munich, Germany. When he was a visiting professor in Prof. H. Wagner's lab in 1966, I had the 'pleasure' of regularly mailing boxes of Marsh Wheeling cigars labeled as 'Investigational Material: Of no commercial interest' to the Institute in Munich."

However, when it comes to picking out Dr. Farnsworth's most important accomplishment, Dr. Fong could not choose: "It is not possible to pinpoint any one piece of Norm's work as being most influential and important," said Dr. Fong. "Rather, it is his body of work that will constitute his legacy."ABC Founder and Executive Director Mark Blumenthal first met Farnsworth in 1977 at the Herb Trade Association's Herb Symposium in Santa Cruz, CA. After a decade of growing mentorship and friendship with Blumenthal, Farnsworth, along with economic botanist and ethnobotanist James A. Duke, PhD were the first to agree to help found ABC and serve on its Board of Trustees.

"Norm was a force of nature—a man with incredible energy and profound and endless commitment to the world of medicinal plant research. There is no one like him in the profession of pharmacognosy and other fields of medicinal plant research," said Blumenthal. "He was like a father or uncle figure to many of his 130-plus PhD students and post-docs, creating a 'family' of medicinal plant researchers who are now working in many institutions around. No matter how busy he was—and he carried an incredible workload not matched by many in any field of medicinal plant science—Norm would always take time to talk to students and fellow colleagues," said Blumenthal. "As he neared the last few years of his life and he began to disengage from many of his former associations and responsibilities, Norm still remained active on the Board of ABC, attending all on-site and teleconference meetings, asking questions about budget issues, organization, administration, policy decisions, etc. All of us on the ABC Board were—and still are—grateful for his continued association with ABC. We were amazed with his interest in and knowledge details of the organization, and his profound commitment to the success of ABC's unique nonprofit educational mission to spread the scientific basis supporting the responsible use of herbs, medicinal plants, and phytomedicines," said Blumenthal.

One of Farnsworth and Fong's former students is Daniel Fabricant, PhD, now Director of the Division of Dietary Supplement Programs at the U.S. Food and Drug Administration, who said that he chose UIC because of Dr. Farnsworth and his legacy there. "He's a straight shooter, he doesn't put on airs, and he's very disarming. He's easy to gravitate to because of these unique qualities," said Dr. Fabricant. "He's been my mentor, a hero, and a friend.""He has launched a thousand careers, including my own," said Gail Mahady, PhD, a clinical pharmacognosist who also met Dr. Farnsworth during graduate school, who headed the project at UIC to produce monographs on herbal medicines for the WHO. "For that I will be eternally grateful."

Norman Farnsworth is survived by his devoted wife Priscilla Marston Farnsworth, his brother, Bruce, and sister-in-law, Donna, of Massachusetts, a niece and nephew, and hundreds of graduate students, PhDs, post-doctoral fellows, and close colleagues who will always cherish his beloved memory.

About the American Botanical Council