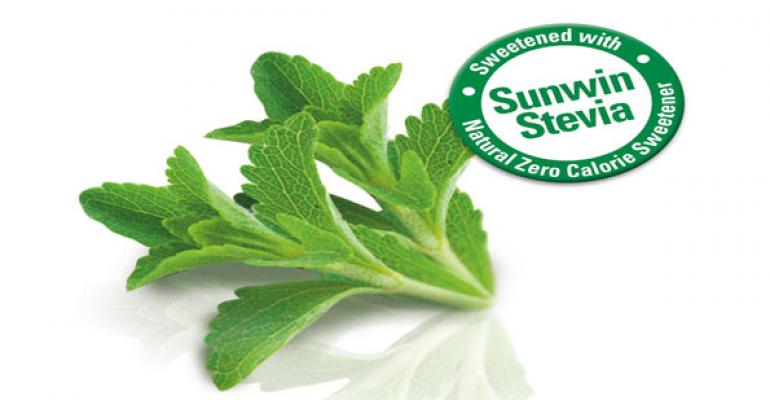 They&#39;re calling stevia &quot;green gold.&quot; See why everyone from investors to marketers should know about the Rush of 2013.

Investorideas.com, an investor research portal specializing in sector research for independent investors issues a snapshot for stevia and its markets and opportunities and related stocks/agriculture stock Sunwin Stevia International, Inc. (OTCQB: SUWN), moving into 2013 and beyond. The industry is ramping up for new food and beverage products using stevia and new global markets opening up.

The 5th World Conference on Stevia: Stevia Tasteful 2013 - Food & Beverages Formulation: The Subtle Balance will be held in Paris, France on May 17, 2013. According to the WSO conference, "Stevia is currently considered as the "green gold", as natural sweetener used to reduce sugar and synthetic sweeteners as aspartame or sucralose. Moreover, Stevia as a natural and antioxidant ingredient can be used for the prevention of chronic diseases such as obesity, diabetes, cancer, and cardiovascular diseases."

According to a recent article in SeekingAlpha.com on stevia stocks, "Sunwin began its expansion project in April anticipating an improvement in demand for stevia as a healthy low calorie sweetener and is now poised to capitalize on the industry's upward trend. With Canada's approval of stevia, it becomes apparent that the company was correct as stevia continues to grow in worldwide acceptance. Sunwin's new stevioside extraction line uses a state-of-the-art crystallization process that substantially reduces the production time while increasing product yield leading to a substantial reduction in overall processing costs as utilization rates increase. Sunwin has begun trial production of its new lines and anticipates its added production capabilities to be fully operational in the first quarter of 2013.

In August Sunwin entered into a worldwide stevia distribution agreement with WILD Flavors, giving WILD a non-exclusive worldwide right as a distributor to market and resell all Sunwin stevia products. Sunwin is also developing 6 new formulations in conjunction with WILD with the goal of penetrating the $10.3 billion Chinese bakery market by marketing to manufacturers to develop private label products - a move that the company sees will bolster its domestic production base in China.

Sunwin, with a market cap of $45.1 million, has had an impressive 3-month run, up 30 percent to $0.27 per share, but still off its 52-week high of $0.35 per share. In the past week of trading, its volume has risen to an average of 41,000 shares traded daily. I like the aggressiveness of Sunwin, and its timing appears to be spot on, especially with Canada's announcement last week. Given the continued expansion of stevia globally, Sunwin may well be one of those small companies that may benefit shareholders with impressive stock gains if its success continues."

Innova Market Insights' ongoing analysis of trends and developments in new product activity has resulted in its identification of 10 key emerging trends likely to impact the food and drinks market through 2013 and beyond. Stevia plays a big role in two of the top ten trends of replacing sugar:

4. Just Say "No." Free-from claims are becoming increasingly prevalent. Gluten-free is now relatively mainstream, with lactose-free set to follow suit as awareness of problems associated with nutrient intolerance rises and technological advances improve the quality and availability of a whole range of products. "No" products also encompass meat-free lines, with technology allowing the development of innovative vegetarian foods, as well as fat-, sugar- and salt-free alternatives.

"As rising levels of obesity and diabetes continue to dominate headlines, there has never been so much emphasis on reducing our caloric intake as well as consuming healthier foods and beverages," commented Zenith Senior Market Analyst Anya Hembrough. "After persistent efforts by key producers, legislators worldwide are finally giving the green light to this new zero-calorie sweetener".

The International Stevia Council (ISC) recently commented on Health Canada's approval saying it was "a very positive step as Canada joins other major markets around the world that have approved steviol glycosides use. In markets like Indonesia and South Africa stevia was approved recently. Approval is also on the way in India and Thailand and the ISC welcomes these developments."

Euromonitor forecasts that stevia will have an annual growth rate of 23 percent globally over 2011-2016, in volume terms.