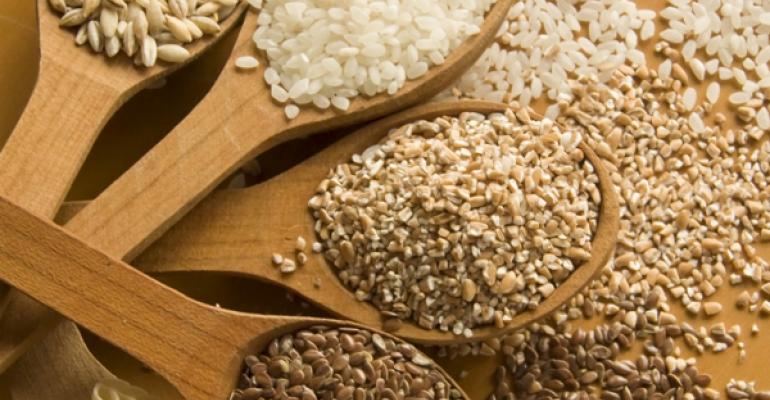 The Whole Grains Council logo program was started in the U.S. in 2005 to help consumers better-identify high-fiber foods; it began spreading worldwide by 2008.

Fifteen percent of all stamped products are on products outside the United States. It is estimated that consumers saw the stamp on grocery shelves more than 2 billion times in 2011.

Use of the stamp has given a boost to product sales, manufacturers report.

The number of products making a whole grains claim has grown sharply since 2000. According to the Mintel Global New Products Database, in 2010 almost 20 times as many new whole grain products were introduced worldwide over the year 2000.

The program was launched by the Whole Grains Council, a voluntary trade association. In order to qualify for the stamp on its packaging, a product must contain at least half a serving (8 grams) of whole grain ingredients. Companies must be members of the Whole Grains Council, and must file information about each qualifying product with the Council. Companies also sign a legal agreement that they will abide by all rules and guidelines of the Stamp program.

Want to learn more about the state of dietary fiber in the American food industry? Check out the latest NBJ/Engredea monograph report.

New research suggests fiber-rich bran may be a contributor to health benefits of whole grains
Apr 20, 2011