HomeArchiveConsumers ready for new protein alternatives
Recent
Latest
4 tips to get ahead of chemical concerns in packaging
May 20, 2022
7 CBD favorites in the increasingly popular gummies format
May 20, 2022
Mission MightyMe helps parents introduce allergens to babies
May 20, 2022
UNFI's Eric Dorne to step down as chief operating officer
May 20, 2022
Trending
Whole Foods' honors 30 companies with 10th annual Supplier Awards
May 18, 2022
Sponsored Content
The rise of sustainable business – eGuide
Sponsored Content
Getting ready for 2023: Trends for brands to consider
May 17, 2022
Sponsored Content
Debra Stark’s light shines bright on natural products industry
May 10, 2022 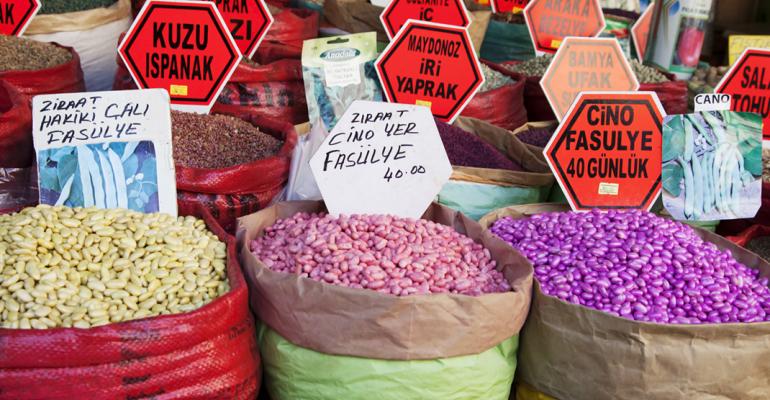 Food technologists consider algae, quinoa and pulses strong alternatives to meat. These proteins can reduce food waste and increase production for a growing population, as well.

Algae is evolving as the next new alternative protein source consumers are anxious to bite into as an ingredient in crackers, snack bars, cereals and breads, according to a July 12 presentation at IFT15: Where Science Feeds Innovation hosted by the Institute of Food Technologists (IFT) in Chicago.

Algae, quinoa and pulses are considered by some food technologists to be the best protein sources and strong alternatives to slow meat consumption, reduce food waste and help feed the world’s growing population.

Algae is a new vegan source of protein with a comparable carbon footprint to existing vegan proteins such as rice and soy, according to Beata Klamczynska who leads food application development at Solazyme. It contains 63 percent protein, 15 percent fiber, 11 percent lipids, 4 percent carbohydrates, 4 percent micronutrients and 3 percent moisture, she said, and is easily digested and considered heart healthy. It’s found in the ingredient lists of some protein shakes, crackers or bars, cereals, sauces, dressings and breads.

“Are consumers ready for algae as an ingredient? Yes, they are ready and excited about algae,” Klamczynska said. “The more they learn, the more excited they get. Just a little education eliminates any doubts. There are thousands of algae strains to choose from for a variety of products.”.

Another protein alternative is quinoa (keen-OH-wa), an increasingly popular, centuries-old “poor man’s” crop grown in the Andes Mountains of Bolivia and Peru.

“Quinoa is here to stay,” said Laurie Scanlin, recognizing there are more than 1,400 quinoa products currently on the market. Scanlin holds a U.S. patent for “Quinoa Protein Concentrate, Production, and Functionality" and is co-editor of "Sustainable Protein Sources,” to be published next year. “It’s a nutritious, sustainable food and protein source.”