Farming shrimp in the desert 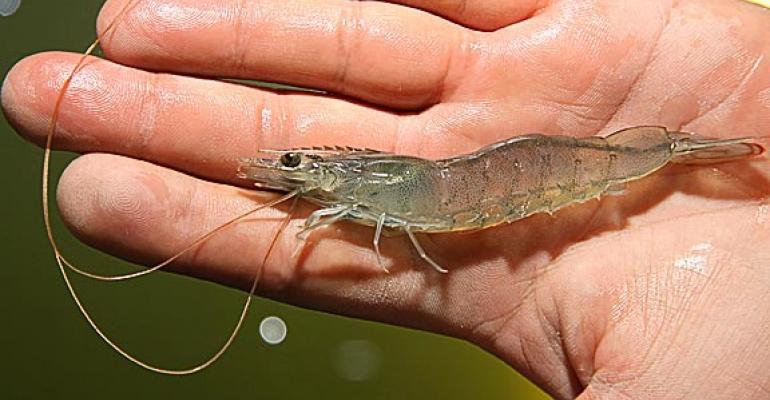 With innovative new technologies, shrimp is now being farmed with fully sustainable methods, and far closer to home, as reported by Organic Connections, the magazine for Natural Vitality.

According to the Monterey Bay Aquarium, over half of the seafood eaten in the United States is a product of aquaculture (the farming of fish and other seafood). As wild fish diminish at an astonishing rate, aquaculture shows great potential to preserve the ecosystem. However, when the infrastructure of fish farming is irresponsibly managed, there are detrimental effects. Habitat damage, dead-zone causing nitrates, and the proliferation of disease among fish populations (a result of overcrowding) are downsides to the rapidly growing field.

But innovative companies such as Blue Oasis Pure Shrimp prove that aquaculture does not have to be a big bad industry berated by retailers and consumers. Rather, when done right, aquaculture may possibly be the most sustainable way to eat seafood. “The secret of our technology is that we have a bioreactor system, which makes it possible for us to manage the nitrates within the water and to 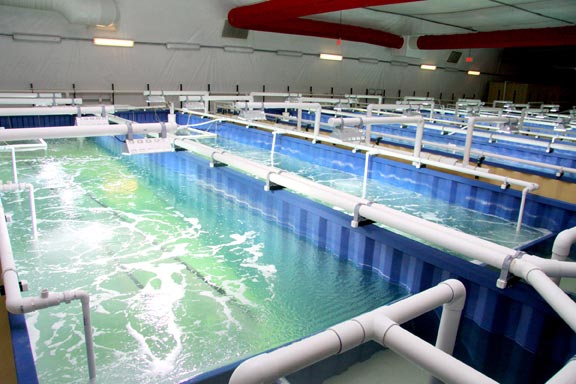 eliminate them cleanly so that we can continue to grow animals,” says Scott McManus, CEO of Ganix Bio-Technologies, developers of the Blue Oasis product, in an interview with Organic Connections. The facility is housed in an indoor, closed-loop system; so each pond is a complete ecosystem unto itself.

Overcrowding in conventional fisheries is an unsavory way to raise seafood, as it promotes parasitic growth. Shrimp are particularly vulnerable to infection due to their natural tendencies to come into contact with each other; which fosters illness. But rather than pump antibiotics into the tanks, as is the norm in other aquaculture facilities, Blue Oasis takes care to start with pathogen-free shrimp. McManus explains, “We know the lineage of that shrimp for a minimum of six generations, and there has been no disease for that time. Then we put them into our system, which we control all aspects of, and we only introduce the good things that shrimp like… we try to put the least amount of stress on the animals as possible.”

In the next five years, Blue Oasis plans on building facilities in every major American metropolitan market, so customers can both buy local (immensely reducing the carbon footprint of shrimp, which is mostly sourced from Asia) and environmentally friendly.

To learn more about sustainable aquaculture and Blue Oasis refer to Organic Connections.