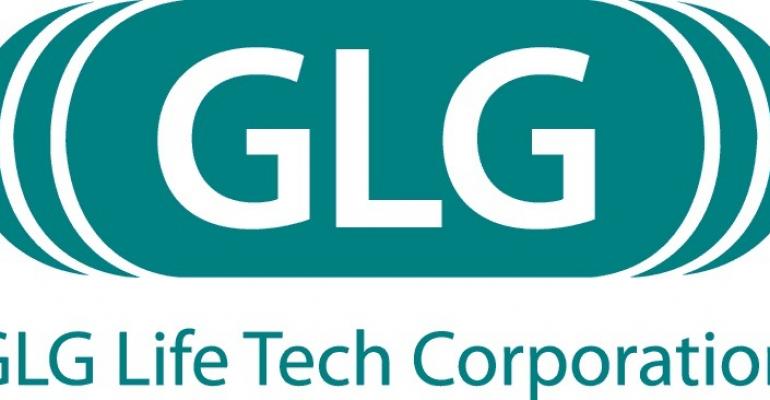 Q1 revenue was $4.7 million, an increase of 44 percent compared to $3.2 million in stevia-related revenue for the same period last year.

GLG Life Tech Corp. (TSX:GLG), a vertically integrated leader in the agricultural and commercial development of high-quality stevia and other natural sweeteners, announces financial results for the quarter ended March 31, 2014.

Sales outlook
The Company plans to focus on four key components to expand its sales in 2014.

2. Focus on developing Chinese market through its partnership with COFCO. The Company currently has a number of formulation projects underway with COFCO NHRI and a number of COFCO's key subsidiaries.

3. Expansion of natural sweetener product line to include luo han guo (LHG) (Chinese monk fruit) in 2014. The Company is currently working with key customers for LHG and expects to be in production in the fourth quarter of 2014, after the harvest of its first fruit. The Company continues to prepare all aspects of its operations for the formal launch of its production including agriculture, regulatory filings and production preparation. The Company plans on utilizing its currently idle plants to produce luo han guo. Sales of other complimentary natural ingredients through its GLG Naturals+ product line in 2014. The Company is currently quoting a number of these products to existing and new potential customers and expects this product-line to be generating revenues in 2014.

Agriculture outlook
The Company has arranged planting of its H3 Leaf in China in 2014. Analysis of its H3 and H4 leaf compared to other competitors' leaf available in China clearly shows GLG's lead in providing a seed that generates a significant amount of steviol glycosides in the leaf (13 to 15 percent range), a high percentage of Rebaudioside A (65 to 70 percent range) and a larger weight per acre planted than any other varieties available in China. The weight per acre is a key metric of interest to farmers in China who are evaluating whether to grow our stevia leaf versus other alternative crops or competing stevia seedlings.

The Company is also pleased to report on the success of its non-GMO hybrid breeding program which has resulted in a number of new strains that it plans to develop, which have individual advantages such as:

The Company is of the view that the Consumer's preference will always be "naturally sourced from a stevia leaf" glycosides compared to those originating from a different process such as fermentation.

The Stevia Paradox: story behind the sweet trend
May 12, 2014