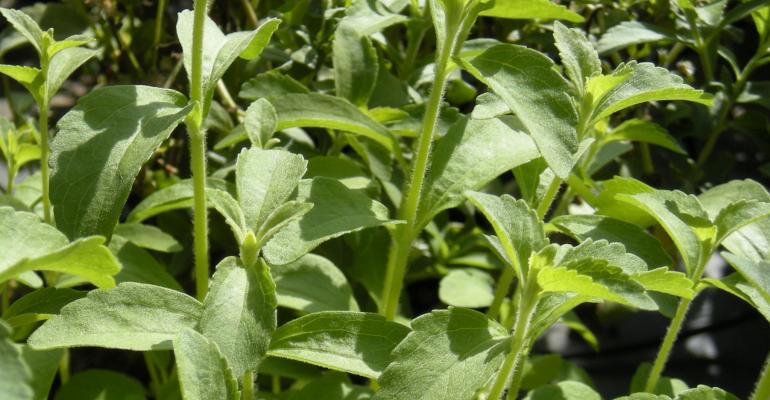 Stevia has enjoyed a rapid rise in popularity on a global scale over the past six years. A new study by leading food and drink consultancy Zenith International estimates that worldwide sales of stevia reached 4,100 tons in 2013, a 6.5 percent increase on 2012, taking its overall market value to $304 million.

"As rising levels of obesity and diabetes continue to generate headlines, there has never been so much emphasis on reducing our caloric intake as well as consuming healthier foods and beverages," commented Zenith Senior Market Intelligence Consultant Davide Deiana. "After persistent efforts by key producers, which led to widespread legislative approval, stevia is finally being recognized for its natural, zero-calorie, sweetening properties."

Originating from Paraguay, where stevia leaf has been valued for centuries because of its sweetening properties, stevia has been used as a sweetener in Japan and parts of South America for decades. The high intensity sweetener offers a sweetening power some 300 times that of table sugar, without adding any calories. Widely used as a table top sweetener, stevia is increasingly being recognized as an ingredient in finished products—in particular soft drinks—thanks to its versatility. However, it is the ingredient's all-natural credentials which make it stand out from the crowd.

The turning point in stevia's fortunes came in 2008 when steviol glycosides, the sweetening components of the leaf, were deemed to be safe and rebaudioside A, one particular steviol glycoside, was granted GRAS (generally recognized as safe) status in the United States. Since then, approval by legislators across the world has opened the door to new formulations and reformulations of foods and beverages with zero or reduced calorie content. Its status as a global ingredient was secured with its incorporation into leading soft drinks brands manufactured by Coca-Cola and PepsiCo.

If the rise of stevia has been remarkable to date, the future looks even more promising, with approval still pending (yet imminent) in key markets such as India and Indonesia. Zenith forecasts that the global market for stevia will reach 6,250 tons by 2016, equivalent to $490 million by value. The Zenith Global Stevia Market 2013 report contains 176 pages of charts, tables and commentary including production and consumption 2009-2013, forecasts to 2016, 25 stevia supplier profiles and 56 soft drinks brand case studies.