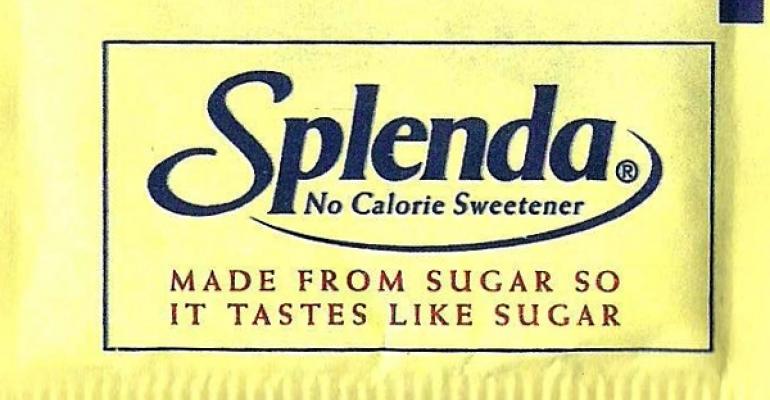 Challenging first quarter stemmed from the impact of prolonged and severe winter in the U.S. and also the unexpected shut-down of Tate &amp; Lyle&#39;s Splenda facility in Singapore.

This Interim Management Statement covers the period from April 1, 2014, to June 30, 2014, which is the first quarter of the financial year.

Operating performance
The Group had a challenging first quarter as we dealt with the anticipated impact of the prolonged and severe winter in the US and also an unexpected shut down of our SPLENDA® Sucralose facility in Singapore. These factors, together with the adverse impact of the strength of sterling against the US dollar and other currencies, meant that Group adjusted operating profit for the first quarter was below our expectations. However, overall customer demand remains strong and we continue to expect that the Group’s results in constant currency for the financial year will be broadly in line with our expectations when we announced our full-year results in May 2014.

As previously indicated, the first quarter started slowly in the US following the prolonged and severe winter which caused operational difficulties at the corn plants and led us to enter the current financial year with much lower inventories than usual. Although the impact on Bulk Ingredients was less than originally anticipated, it was greater on Speciality Food Ingredients, as we had to balance production to best meet our customers’ needs. Inventories continue to re-build and are expected to return to more normal levels in the current quarter.

In Speciality Food Ingredients, we once again delivered good volume growth in the emerging markets although overall growth was held back by the US where, despite firm demand, volumes were only marginally ahead of the comparable period as a result of the supply constraints. The £100 million investment programme announced in May will provide greater flexibility to mitigate this kind of issue in the future.

Volumes for SPLENDA Sucralose in the quarter were slightly lower than we expected predominantly due to a change in a large customer’s order pattern. Overall, the sucralose market continues to be competitive and dynamic with the pressure on pricing in line with our expectations.

Following an industrial accident, production at our Singapore facility was temporarily suspended while the local authorities conducted their investigations and remained shut down for a longer period than we originally anticipated. We incurred £3 million of costs to resolve issues caused by this unexpected stoppage. During the quarter there was limited production and customer orders were largely met from inventories. As a result, fixed manufacturing costs of £8 million were expensed and reduced profits for the quarter, but these will reverse in the second half of the year. We also brought forward and will extend the running time at our McIntosh facility in the US although this had limited impact in the quarter due to the normal lead times. Both plants are now running with Singapore returning to normal production levels.

As expected, sales in Bulk Ingredients in North America were constrained by entering the financial year with much lower inventories in the US than usual following the prolonged and severe winter. This impacted most product lines, although it was less than originally anticipated, and was also partially mitigated by firmer ethanol margins.

Debt management and balance sheet
The Group’s financial position strengthened during the period. Net debt of £271 million at 30 June 2014 has reduced from £353 million at 31 March 2014, aided by the translation effects of a stronger sterling.

Following the quarter end, we renewed the Group’s US$800 million committed revolving credit facility for a further period of five years.

Outlook
Overall, the Group’s full year performance, before the impact of exchange rate movements, is expected to be broadly in line with our previous guidance.

TAGS: Manufacturer and Brand News
0 comments
Hide comments
Related
Splenda may not be so sweet for your health
Oct 13, 2008