Use mobile apps to connect with natural products shoppers 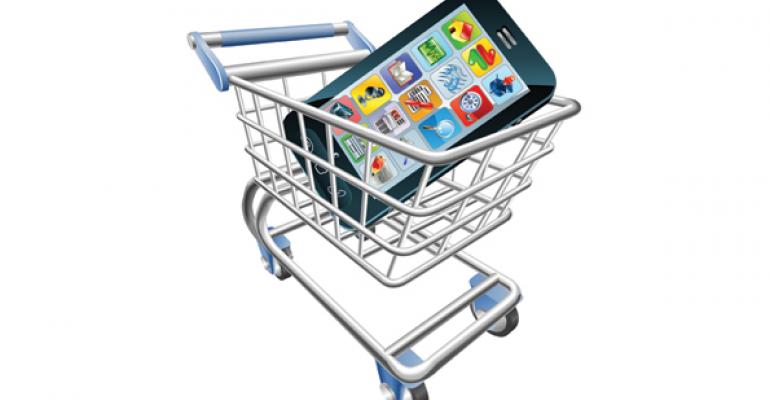 With more consumers using mobile applications to find product information, search recipes and compare prices, food retailers large and small are getting into the app game. The question is, should you?

For the uninitiated, a mobile app is not a website. Nor is it an overarching piece of software like Microsoft Windows. The blog Breathingtech.com offers a pretty good definition: A mobile app is “an application developed and distributed not by phone manufacturers but by a third-party developer and installed on the phone by the owner.”

Except it’s not just phones anymore. Tablet devices such as the iPad and Kindle Fire have all helped to grow the mobile-app market into a $3.8 billion industry. With the launch of new, less-expensive tablets (including Google’s soon-to-be-released branded version), mobile app adoption is expected to swell even more in 2012.

To app or not to app?

First step: Slow down. Supermarket execs who become gripped with an urgent need to go mobile often fall victim to the “checkbox app” syndrome. This is when “someone on the executive team says, ‘We need a mobile app,’ so they look at the most basic thing they can do, just to say they’re mobile,” explains John Caron, senior vice president of marketing at Modiv Media, a Boston-based developer of retailer apps. The end results are basic apps that offer information such as store location, hours and sales—in other words, apps that users will uninstall.

On the other end of the spectrum, some companies will hire a team of developers to build an app that is unique but often too complicated for consumers. The best retailer apps offer some kind of compelling value or experience to the shopper and are aligned with the company’s overall corporate strategy.

Natural food retailers have some options when it comes to creating a store-branded app. Several companies offer “white label” apps with a pre-built platform that can be tweaked to match a store’s image. Sunflower Farmer’s Market, a 35-store chain in the West, has a pretty good app provided by Grocery Shopping Network that works on both iPhone and Android phones. Among other simple features, it allows customers to search the store’s weekly circular for sale items and “add” those items to a digital shopping list.

Then there are apps designed from the ground up with a specific company in mind. Whole Foods Market has a more extensive app that allows users to search recipes by ingredients and dietary preferences such as gluten-free, low fat and vegan. With the chain’s “Missions” app, customers can earn “badges” for making healthy purchases.

Conventional supermarket chains, with their hefty R&D budgets, are experimenting most with mobile apps. One of the more ambitious efforts is SCAN IT! Mobile, an app that Stop & Shop introduced to 45 of its stores last year. Using an iPhone or Android, customers can scan and bag products as they shop then skip long checkout lines by paying at a special kiosk. Because the app is also tied into the store’s loyalty-card database, it will also offer coupons to the customer in real time as they peruse aisles.