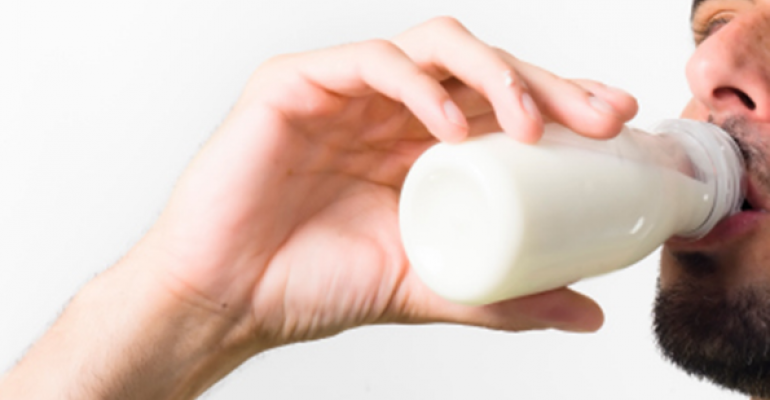 There are indications that the market is moving forward, with a particular focus on yogurt and fruit blends in a smoothie format and the rise of yogurt-style fermented drinks like kefir, lassi and aryan.

Drinking yogurts and fermented beverages accounted for 8.5 percent of total global dairy launches recorded by Innova Market Insights in the 12 months to the end of October 2015. While tracked launch numbers have increased over the past five years, their share of overall dairy activity has fallen slightly over the same period.

“The drinking yogurt market has enjoyed mixed fortunes in recent years,” reports Lu Ann Williams, director of innovation at Innova Market Insights. “A positioning that falls between traditional spoonable yogurts, milk drinks and other soft drinks has proven to be a mixed blessing, with high levels of competition in all these areas.”

After a period of strong growth in the first half of the 2000s, driven by rising interest in healthy and convenient options, the market also found itself split into two separate areas—single-serve dose-delivery active health drinks and traditional drinking yogurts—with the latter increasingly coming under pressure from the former. This position has tended to reverse with the regulatory changes preventing the use of probiotic claims in key markets, perhaps most notably Europe, which accounts for over half of launches in the sub-category.

The drinking yogurt market is attempting to move on with new formats and target markets, although the focus on health aspects of yogurt remains strong. Over 80 percent of global launches recorded in the 12 months to the end of October 2015 featured health claims of some kind, rising to 98 percent in the US.

Furthermore, despite the use of the term “probiotic” being disallowed in the EU, the association of yogurt with digestive/gut health has clearly been made. It is the most popular claim globally, used on over half of drinking yogurt launches. Other popular claims relate to low and light, with nearly 45 percent of launches featuring low fat, low sugar and/or low calorie claims. Interest in clean label is also evident, with over one-fifth of launches using natural or no additive/preservative claims, rising to nearly 27 percent if organic claims are also included.

There are now indications that the market is moving forward, with a particular focus on yogurt and fruit blends in a smoothie format, while there has also been the rising interest in yogurt-style fermented drinks that has brought products such as kefir, lassi and ayran into mainstream markets in non-traditional regions.

One of the most high-profile recent arrivals has been the Icelandic yogurt-style fermented dairy product Skyr in countries such as the US, the UK and mainland Europe, in drinkable and smoothie formats. It is offered in a range of fruit flavors, as well as trendy options such as coffee and vanilla.

There has also been a focus on offering liquid yogurt products for the breakfast market, both in-home in cartons and for on-the-go replacements in resealable plastic bottles.

“After a few difficult years, it may be that the drinking yogurt market is once again on the up,” concludes Williams. “The renewed focus on convenience and indulgence, combined with its healthy image has resulted in a drink or snack offering suitable for both in-home and on-the-go consumption.”