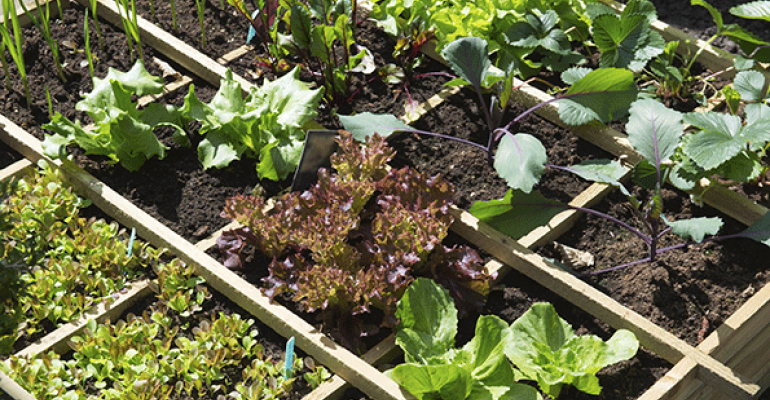 Canning and gardening is cool again. Here's what you need to know about these new makers and how to connect with them.

When Carissa Bonham wanted easy access to fresh organic herbs, she began growing them herself in a kitchen garden outside her home in Hillsboro, Oregon. After learning about BPA in canned tomatoes, she decided to make those too.

Fueled in part by Pinterest boards populated with inspirational DIY projects, and doused with a healthy mistrust of Big Ag in the wake of pesticide awareness and GMO labeling fights, today’s do-it-yourselfers and urban homesteaders are determined to make their own. “Urban homesteaders want to be less reliant on government and big-company infrastructures and understand how to do things the old-fashioned way,” Bonham says.

Taking notes, natural products manufacturers and retailers are finding new ways to serve and connect with these rapidly evolving consumers.

DIY is self-explanatory, but there’s some confusion about what exactly urban homesteading entails. Beginning in the 1970s, the term referred to programs that help people reclaim abandoned buildings in gentrifying inner-city areas such as in New York City. In 1979, Mother Earth News ran a story about an “urban homestead” in Berkeley, California, called the Integral Urban House, where residents cultivated food and raised chickens, rabbits and fish on a small city lot.

But then in 2010, the family-owned Urban Homestead in Pasadena, California, which uses modern sustainable farming techniques such as solar energy and biodiesel to harvest 3 tons of organic food annually, raised the ire of the movement by trademarking the terms urban homestead and urban homesteading. This anger spawned a Facebook community called “Take Back Urban Homesteading(s)” which currently has more than 14,000 likes.

But according to a University of California, Davis report, the phrase describes a household that “produces a significant part of the food—including produce and livestock—consumed by its residents.” Often, urban homesteaders also embrace environmentally conscious lifestyle choices such as reducing resources through alternative energy, harvesting rainwater, and utilizing gray water, natural building materials and composting. Anecdotal data show that most urban homesteaders are female, perhaps reflecting the fact that two-thirds of women—and only 39 percent of men—are responsible for food preparation and cleanup in a typical American household.

If a proprietor is harvesting fields and keeping livestock, what’s the difference between an urban homestead and a farm? For urban homesteader Anna Hackman, it comes down to where you live. “An urban homesteader lives in a residential neighborhood,” she says. With 32 raised beds and multiple fruit trees, Hackman harvests vegetables, grains and fruits from her half-acre garden in Summit, New Jersey.

Another difference between farming and urban homesteading is that the knowledge of how to manage the latter isn’t passed down through generations—it’s learned. Since 2008, the Institute of Urban Homesteading in Oakland, California, has offered classes on topics such as urban gardening, animal husbandry and fiber making that are attended by up to 800 people each year.

There’s also a wealth of instructional materials that consumers can—in total DIY fashion—seek out on their own. First published in 2008, Erik Knutzen and Kelly Coyne’s book The Urban Homestead: Your Guide to Self-Sufficient Living in the Heart of the City is now in its second printing. Linda Lewis, founder of Homesteading University based in Fort Pierce, Florida, is currently developing a series of video classes that allows viewers to learn about everything from blacksmithing to beekeeping. Lewis fields dozens of calls a week about her how-to offerings. “People are extremely interested in being more self-sufficient,” she says.

In Philadelphia, urban homesteader Paige Wolf cooks with the vegetables and herbs that she grows in a handful of foot-long containers. “The DIY movement is really a part of homesteading, and vice versa,” Wolf says. “Fixing your own bicycle or making your own clothing is tied directly to sustainability and self-sufficiency.”

Hunting takes both of these concepts to the next level. “So many people are disconnected from what is on their plate and how it got there,” says Kristen Schmitt, who left Detroit city life behind in 2012, when she and her husband moved to the backwoods of Vermont to raise their young daughter. “Whether you hunt, fish or even garden, having that connection allows you to understand how food is produced, as part of the move toward self-sufficiency and DIY.”

In 2013, Schmitt decided to try bowhunting for game; last year, she released a DVD, The Beginner’s Guide to Archery: For Women. Her story is emblematic of a growing number of women who hunt—rather than buy—the meat they put on the table. The number of women who hunt in the U.S. grew 25 percent between 2006 and 2011, according to government statistics; today 11 percent of all American hunters are female.

Bowhunting is a traditional skill that’s enhanced by current technology. Similar advances have allowed urban homesteaders to develop a deeper connection to their food, as manufacturers use modern technology to make traditional products more accessible and marketable to the mainstream consumer.

Featured in the New York Times and on CNN, Brooklyn, New York-based hydroponic garden company Window Farms is on a mission to make the kitchen garden accessible to apartment dwellers. With automated watering and maintenance time limited to 10 minutes per week, Window Farms promises customers the ability to grow large quantities of food indoors. And earlier this year, the Australian startup Flow Hive raised more than $7 million on a $70,000 goal to manufacture and distribute at-home beekeeping kits that allow urban homesteaders to “tap” their own honey at will.

While the concepts behind these brands are traditional, this direct connection to consumers is distinctly 21 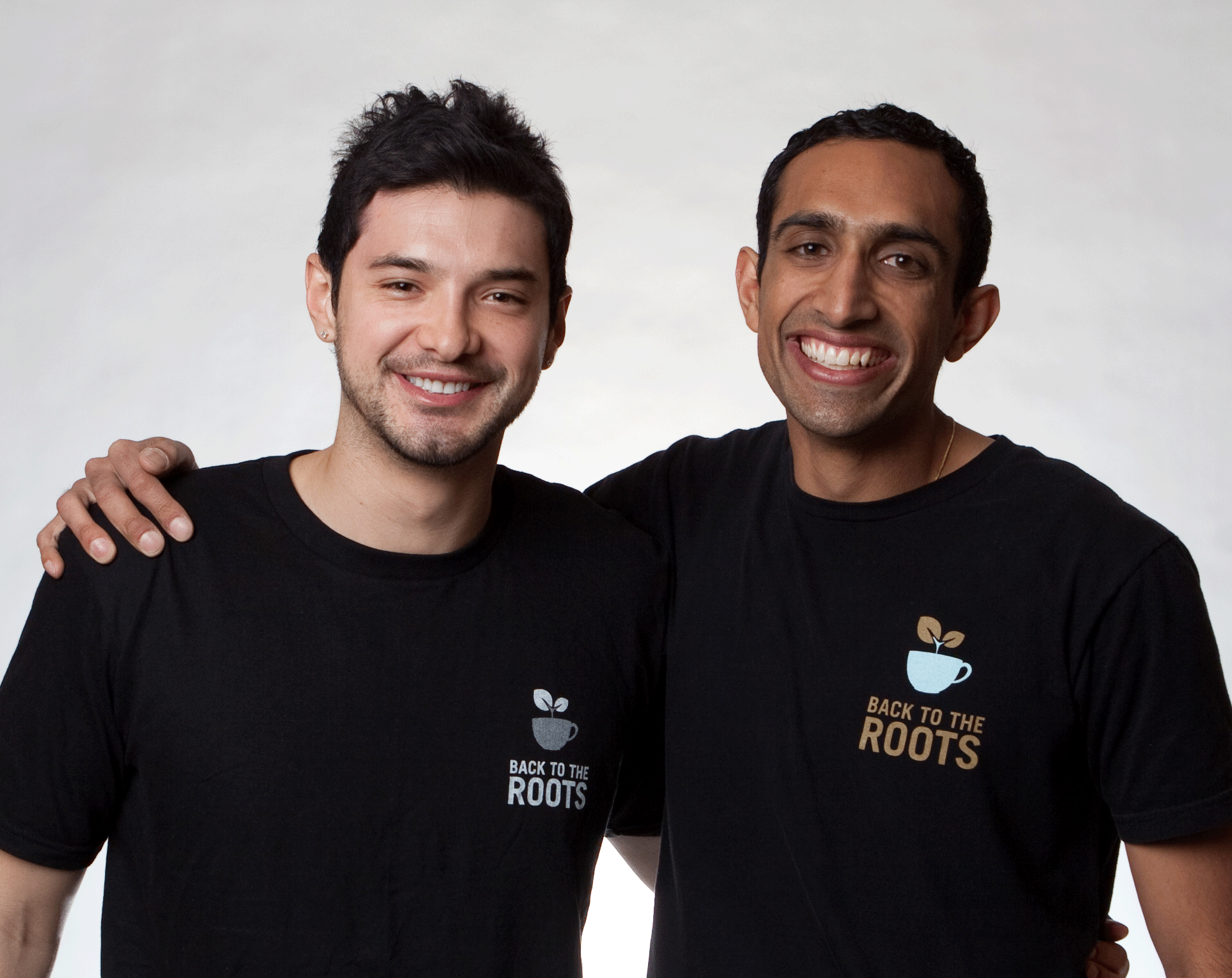 st century. “What organic brands were for baby boomers, radically transparent and simple brands will be for millennials and our kids,” says Nikhil Arora, co-founder of Back to the Roots, which was born in his Berkeley dorm room in 2009 and exploded in popularity after it introduced home mushroom-growing kits that were endorsed by Martha Stewart and Oprah. Now the company also sells Garden in a Can herb-growing kits and a hydroponic fish tank that can be used to grow food. “Each product we sell helps someone grow their own food or learn more about where food comes from,” Arora says. “We think there’s a powerful movement that’s just starting up around simplicity.”

The DIY movement is also changing retail. For years, natural products stores and co-ops have offered classes; today, they’re making a closer connection between the education they offer and the products they sell, creating a community experience that drives retail purchases.

Food Conspiracy Co-op in Tucson, Arizona, is a prime example. The board of the community-owned grocery store had been pushing for more education and outreach programs, so when the co-op grew into a larger space in 2012, a portion of it was set aside for classes that can accommodate as many as 25 students. Often, classes and workshops on topics such as smoothie making and food fermenting feature ingredients sold in the store, creating a direct loop between learning and buying.

At the Urban Farm Store in Portland, Oregon, co-owner Robert Litt and his staff offer expert advice on how to keep backyard chicken coops. “We are a retail store, essentially a pet and garden store, with a twist,” Litt says. “We cater to people who keep chickens, rabbits, goats and edible gardens.” Litt, who co-authored A Chicken in Every Yard: The Urban Farm Store’s Guide to Chicken Keeping with his wife, Hannah, sees his advice and class offering as strong sales drivers.

If you can’t get to the community, it can come to you. Sales of Middletown, Maryland-based South Mountain Creamery’s fresh dairy and farm products have grown since it partnered with Live Animals TV on the Cute Baby Chicks Live Webcam, where online viewers are entertained as they learn about retail offerings. Today, the company delivers to 8,500 families in Maryland and four surrounding states, offering milk and meat products, as well as breads and meals prepared by local chefs. At a brick-and-mortar store located at the creamery, the community-retail loop connects as visitors help feed baby cows and peek in on milking sessions that produce the products the company sells.

As the market shifts, brands and stores like these, which inspire consumers to participate in creating their own healthy lifestyles, seem to be set for long-term success. “We’re betting that of all of the current trends—gluten free, paleo, sugar free, fat free, vegan—what’s going to really stick is just simple, real food,” Arora says. “We want to inspire a whole new generation to get excited about that.”

We’ll take that bet—and raise it.