More than a diet: Food tribes sweep the nation 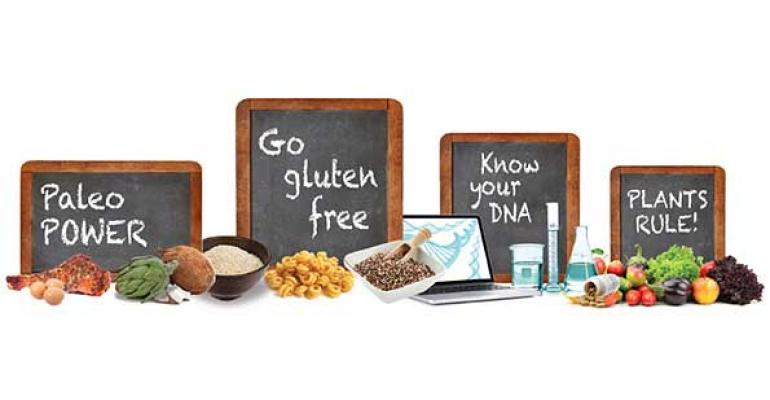 According to consumer research firm NPD Group, 1 in 3 U.S. adults is trying to minimize or eliminate gluten. Five percent of Americans eschew meat, fish, seafood&nbsp;and poultry, and 2.5 percent are strictly vegan, according to the nonprofit Vegetarian Resource Group. On the flip side, the carnivorous paleo diet topped the list of most&nbsp;Googled diets in 2013, with an estimated 1 million to 3 million Americans following it. 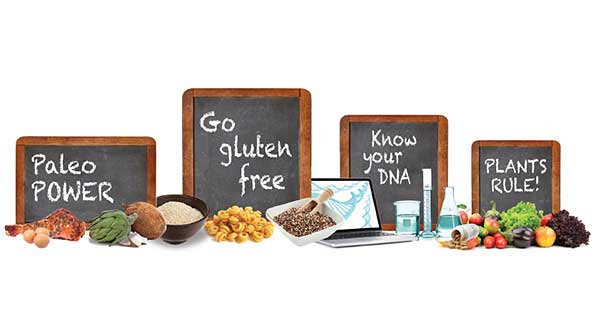 Just host a dinner party (I dare you) and you’ll realize how fractured American dietary preferences have become. You’ll likely be bombarded with news of your guests’ gluten-free, dairy-free or vegan lifestyles. Some may have gone paleo, or decided to quit sugar. Such “food tribes,” as some have begun to call them, are nothing new. “Humans have a seemingly innate desire to belong, and food preferences have always been one way to do that,” notes Marion Nestle, PhD, a nutrition professor at New York University. What is new, say dietitians, is just how many people are on restrictive diets—not just as a fleeting weight-loss tactic but as a way of life.

According to consumer research firm NPD Group, 1 in 3 U.S. adults is trying to minimize or eliminate gluten. Five percent of Americans eschew meat, fish, seafood and poultry, and 2.5 percent are strictly vegan, according to the nonprofit Vegetarian Resource Group. On the flip side, the carnivorous paleo diet topped the list of most Googled diets in 2013, with an estimated 1 million to 3 million Americans following it. Experts in each tribe point to studies suggesting they may reduce chronic diseases such as diabetes, heart disease and gastrointestinal problems and argue that because they emphasize whole foods—an undeniable plus—they beat typical American fare.

But they are not without criticism. Judy McLean, PhD, a professor of nutrition at University of British Columbia, says there’s “so much restriction going on” that she has begun to see vitamin deficiencies she hasn’t seen in years. “Avoid dairy and wheat and you cut out a lot of fortified foods.” Adds Nestle: “One of the classic tenets of adequate nutrition is variety in food intake. So eliminating entire food groups means you have to be very careful to replace missing nutrients.”

What’s the rationale behind America’s top food tribes? Do they really make people healthier? And are they here to stay? Here’s a look. 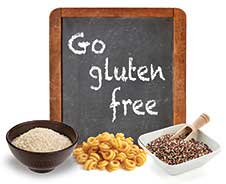 The gist: Gluten is a protein naturally present in grains such as wheat and barley. And it’s added to baked goods to make them gooey, and used to thicken sauces, soups, condiments and other processed foods. According to the Archives of Internal Medicine, 1 in 133 people has celiac disease—a genetic autoimmune disorder in which exposure to traces of gluten prompts antibodies to attack the intestinal wall, damaging the hairlike villi critical for nutrient absorption. If you have this diagnosis, definitively confirmed via a colon biopsy, “you should be 100 percent gluten free all the time,” says Denver-based Jessica Crandall, RD, a spokesperson for the Academy of Nutrition and Dietetics.

At least another 7 percent suffer from “gluten sensitivity,” according to the Center for Celiac Research at Massachusetts General Hospital, a less understood condition which can lead to diarrhea, bloating, cramping, neurological problems and joint pain. “No human can fully digest gluten so you have this undigested protein hanging around in your digestive tract,” says Doni Wilson, ND, a New York-based naturopath. “Some people’s bodies don’t pay attention to it. But for others, the immune system spots a molecule that looks like gluten and attacks.” Even in those without genetic sensitivity, she says, gluten can open up the spaces between cells in the GI tract, boosting its permeability and causing “leaky gut” syndrome.

Pros and cons: One-quarter of consumers go gluten free for weight loss, but there is little scientific evidence it achieves that, says Crandall. In fact, for those with celiac disease, a gluten-free diet often boosts nutrient absorption and leads to weight gain. Gluten-free “junk foods” augmented with fat for taste can pack on pounds. That said, people who go off gluten tend to lower their intake of all refined carbohydrates in the process, which can trim pounds in the short run. Some studies show that eschewing gluten can quell irritable bowel syndrome, fibromyalgia, rheumatoid arthritis and psoriasis. Research on the diet’s impact on insulin is mixed.

Bottom line: There is no gold-standard test for gluten sensitivity, but some physicians use stool and blood tests to look for antibodies IGA and IGG that hint at it. Test or no test, says Wilson, “Everyone should be conscious of how much gluten they are eating and try to at least reduce it. It has found its way into so many foods that if you are not aware of it you could be eating gluten all day long.” If you go cold turkey, just be sure you’re getting your B vitamins, iron, folate and fiber (often present in grains and breads) elsewhere. Note to retailers: Stock up, as sales of gluten-free foods and beverages spiked 15.7 percent to $21.4 billion between June 2013 and June 2014, according to Schaumberg, Ill.-based SPINS, and the upward trend is expected to continue. 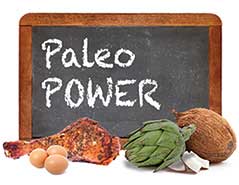 “Seventy percent of the calories in the typical U.S. diet come from refined sugars, grains, vegetable oils and dairy. Paleo reduces our reliance on those,” says Cordain. He points out that “no other mammal consumes dairy past the weaning period,” and lists a host of conditions, including acne, that are aggravated by milk. Grains, he says, are inedible except when cooked—and from an evolutionary standpoint, humans only recently began cooking food.

Pros and cons: At least 16 human studies have looked at the diet’s impact on conditions including multiple sclerosis, diabetes and cardiovascular disease, with many showing favorable short-term results. One survey by SUNY historian Hamilton Stapell found that 31 percent of people on paleo do it to lose weight, and endorsements from celebrities such as slimmed-down NBA star Lebron James are likely to draw more for that reason. But Crandall has concerns. “My No. 1 concern about it is compliance long-term. It is so restrictive.” She says many paleo dieters complain of constipation after taking out fibrous grains and adding more meat, and if they’re not careful, they can end up eating too much saturated fat, which is hard on the heart, and too few carbs, causing fatigue.

Bottom line: Done carefully, it is essentially a clean, low-carb diet, which can be beneficial, particularly to people with allergies to dairy and gluten, Wilson says. According to SPINS, the paleo trend has sparked a surge in demand for grass-fed beef and wild-harvested foods such as berries—items few could argue are bad for you. Products labeled “allergen free” (void of lactose, gluten, other grains and allergens) are up 26.5 percent. But will paleo last? Cordain says yes. Stapell seriously doubts it. In a recent presentation, he noted that 74 percent of paleo dieters hold a bachelor’s degree or higher, nearly half make more than six figures and 92 percent are white. In essence, demographically, it is a small, elite minority, he says. “It will remain a fringe movement with a small but highly dedicated group of followers.” 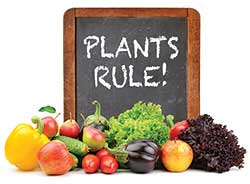 The gist: Unlike other food tribes that hinge on health benefits, vegetarianism/veganism often starts with an ethical decision. “The serious vegans are generally doing it for animal rights and environmental reasons. Better health is just a nice perk,” says Jeff Kaufman, a longtime vegan and founder of Clarksville, Maryland-based Roots Market and Great Sage Vegan Restaurant. Nutritionists and industry analysts say they are not seeing the strict vegan movement grow significantly. Rather, they are seeing more people dabble in a “plant-based” diet. (One in 3 Americans says they are trying to eat vegetarian or vegan a “significant” amount of time.)

Pros and cons: In August, Dr. Kim Williams, president-elect of the American College of Cardiology, revealed he had been a vegan for 11 years, and advises patients with heart disease or diabetes risk to do the same. “I know it’s going to lower their blood pressure, improve their insulin sensitivity and decrease their cholesterol,” he told the New York Times in August. One 2014 meta-analysis of 21,604 people showed vegetarians have significantly lower blood pressure. Another looked at 34,192 Seventh-day Adventists (who are vegetarian) and found their lifetime risk of heart disease was 37.4 percent lower than that of meat-eaters. A 2006 clinical trial looked at 99 type 2 diabetics; half went on a vegan diet; half went on a diet recommended by the American Diabetes Association. After 22 weeks, 43 percent of the vegan group were able to reduce their diabetes medication, compared to 26 percent of the ADA group. Williams himself cut out animal products upon learning he had high LDL holesterol (170). Within six weeks, his LDL was down to 90. But he cautions that more study is needed. “American Heart Association guidelines do not specifically recommend a vegan diet, as so far the studies are very large and observational or small and randomized,” he says.

Bottom line: While a plant-based diet appears to be beneficial to people at risk of heart disease and diabetes, it can be challenging to get enough protein, iron and B12 (all abundant in meat) and DHA/EPA omega-3 fatty acids (found in fatty fish), nutritionists say. “If they are just living on pasta and bagels, they are going to end up with a very-high-carb diet and miss out on the nutrients that come from animal sources,” Wilson says. The good news: As vegan/vegetarian offerings become more tasty and accessible, it’s getting easier to join the tribe. Retail sales of vegan products rose 6.3 percent in the past year, according to SPINS, and vegan restaurants, cookbooks and markets are on the rise. “With movements like Meatless Monday growing in popularity, people are working more veggie-based meals into their rotation,” says SPINS research associate Samantha Rico. 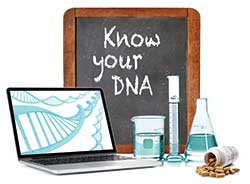 No look at food tribes would be complete without at least a glance at the burgeoning “personalized-nutrition” or “biohacking” movement, in which consumers use cutting-edge health technologies to gauge precisely what’s going on inside their own bodies and adjust their eating habits accordingly. Web-based Wellness FX allows customers to have their blood tested for things like anemia, thyroid dysfunction or nutrient deficiencies, then use a computer algorithm and physician consultation to choose foods and dietary supplements for them. Genetic testing company Pathway Genomics uses DNA testing to help guide consumers, via their practitioners, to the ideal way of eating. UBiome enables people to send in a stool sample and find out precisely what bacteria types reside in their gut, what they are missing and how to gain a better balance via food.

Affordable, do-it-yourself gadgets like Fitbit and Jawbone let people track things like calories in and out, and heart rate, in real time. And naturopathic physicians like Wilson test for everything from allergic reactions to adrenal stress to intestinal permeability to help guide patients’ dietary decisions. “People say I am only going to follow gluten free or low carb or paleo,” says Wilson, who believes that any one of them can work great for the right person. “Really, the key is to look at a person’s genetics, blood, symptoms and personal preferences, and integrate all of that to determine what works best for their unique body.”

Can one article deflate the gluten-free bubble?
Oct 28, 2014