Is moringa the next kale? 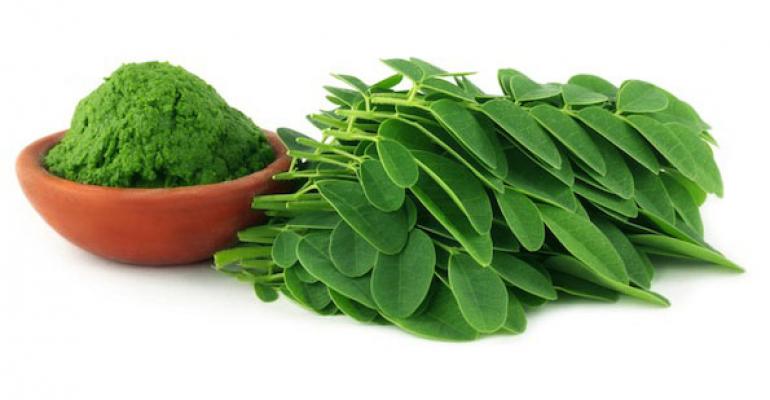 A drought-resistant, nutrient-rich tree grown in developing countries is in the running for superfood status.

A nutrient-rich plant with a third world-saving backstory? Watch out kale, moringa’s in the house.

Moringa is a staple in some parts of the tropics of West Africa, South Asia and South America where the drought-resistant tree can still grow like a weed. But can it make inroads to U.S. markets as the next superfood? Maybe, posits a post about the plant on fooddive.com.

Currently, moringa is sold here in bar, tea and supplement form, but great potential lies in including nutritious ingredients made from moringa leaves and seed pods in other foods, according to an NPR story about the plant. Moringa is high in digestible protein, calcium, iron, vitamin C and antioxidants and has a nutritional profile that rivals milk and eggs. Ounce for ounce, according to some analyses, moringa leaves have double the protein in yogurt, four times more calcium than milk, and seven times more vitamin C than oranges.

The challenge lies in luring Americans into falling in love with the plant, with leaves that taste a bit like horseradish, and in luring people in developing countries to grow and eat more of it. In many places, it’s considered a “poor person’s crop,” Lisa Curtis, founder of Kuli Kuli, which features moringa in powers, bars and teas, told NPR. Will this “poor person’s crop” also appear to affluent, health-conscious Americans?

“It’s tough to introduce a virtually unknown superfood to the U.S. market, she told newhope.com. "It's exciting to be the first to market and rewarding in the sense that we tend to get a lot of attention for it, but also means that we have to spend a lot of time and resources educating the general public on the nutritional benefits of moringa," she said.