A new look for sports and endurance products 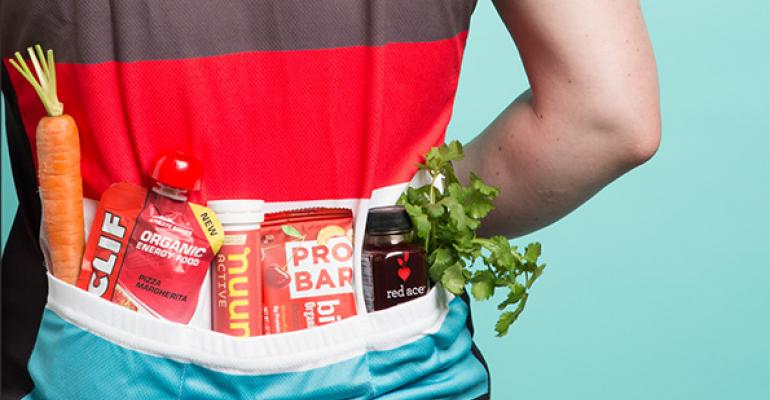 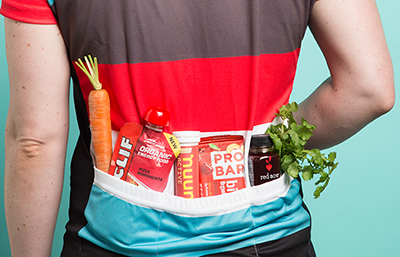 Americans are clearly challenging the stereotype that we’re a nation of sedentary citizens. From 2010 to 2013, U.S. participation in triathlons—which typically includes swimming 2.4 miles, biking 112 miles and running 26.2 miles—grew 25 percent, according to the Outdoor Industry Association.

Even those who don’t want to travel 140.6 miles are ramping up their fitness levels: Running USA reports that in 2013 there were 1.9 million half-marathon finishers and 541,000 marathon finishers. Food and beverage manufacturers that cater to this growing crop of recreational and elite endurance athletes are increasingly swapping heavily processed tubes of straight glucose (once touted as the perfect on-the-go food for runners and bikers who exercise for more than an hour) for clean-label packaged products to consume before, during and after exercise.

While this trend represents a general awareness that unprocessed wins over processed, the whole-foods movement in the endurance space can largely be attributed to concerns of gastrointestinal distress and a desire for boosted performance.

Feed Zone Portables (Velo Press, 2013), a cookbook written by the founders of the Boulder, Colorado-based Skratch Labs, a slightly sweet, real fruit-flavored electrolyte hydration mix, celebrates whole food nutrition during exercise. Co-author Allen Lim, PhD, stresses that take-along foods such as rice cakes and mini pancakes trump heavily processed food products because they are more easily digested while working out. “Instead of making sweet syrupy bars, I made savory cakes with sushi rice,” Lim writes. “And it worked. The athletes stopped complaining about feeling sick, bloated and nasty from the synthetic gut rot that normally plagued them. Most importantly, with better hydration and better fuel, they started feeling and performing better.” Such sentiments inform and influence the newest launches in the sports food and beverage category.

Building interest in unprocessed products has inspired both legacy and newer brands to reformulate with foods easily found in a home refrigerator or pantry. Consider Clif Bar, for example. Noticing its athletes developed an aversion to sugary gels and gummies after an hour or two of exercise, the company launched two SKUs in its new Organic Energy Food line that are savory and salty: Sweet Potato with Sea Salt and Pizza Margherita—the latter a hefty, handheld pouch filled with vegan ingredients including puréed tomato, carrot, quinoa, sunflower seed butter, nutritional yeast flakes and spices. (It’s tasty; we promise.) “Athletes are increasingly taking a simpler approach to performance nutrition, so we combined real food ingredients in a convenient, resealable pouch,” says Chris Randall, senior brand manager of the Clif Performance Athlete Segment.

While many of these new sports products serve athletes, even non-athletes are turning to these foods and beverages thanks to pared down ingredients and targeted nutrition. “When we were creating our product, we were focused solely on the athletic community,” says William Leslie IV, co-founder of Red Ace, a USDA Organic exercise shot made from beet and lemon juice. “But then we learned that we have something much more powerful. Marathoners use our product, sure. But people concerned with blood pressure or inflammation also take Red Ace every day.”

Additionally, while Nature’s Bakery bars are intended as quick, healthy snacks, athletes ranging from mountain bikers to triathletes to kayakers endorse the brand. Much like The North Face sponsors mountaineers to climb Mount Everest to prove their rain jackets won’t leak during a camping trip, knowing that elite athletes eat a certain food during a race inspires consumer brand confidence.

Exercise-angled foods are not just for the Scott Jureks of the world. They are also for consumers who enthusiastically exercise for maintenance and recreation rather than gold medals. This widens the audience for clean sports foods and beverages.

Demand for healthier juice options is on the rise
Mar 23, 2015

The trends and flavors behind America’s new favorite snacks
Feb 18, 2014

6 savory ingredients taking over the snack aisle
May 05, 2015