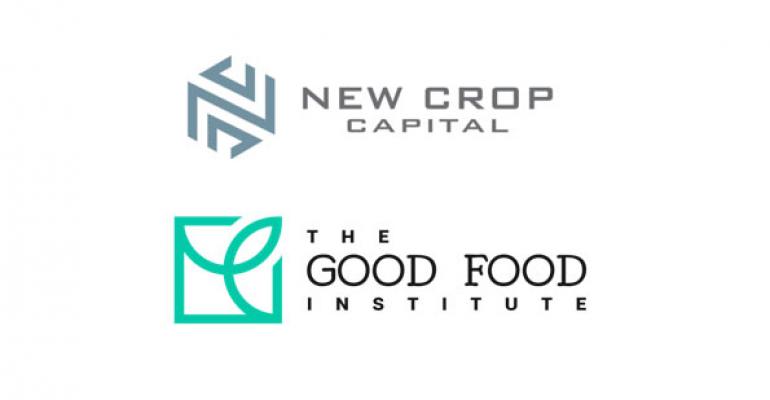 A new nonprofit and venture capital firm take a dual approach&mdash;education and funding&mdash;to move the dial on lasting, widespread innovation in the burgeoning plant-based and cultured meat categories.

Thought leaders ranging from hip-hop mogul Russell Simmons to Bill Gates to Michael Pollan all agree: food must become more sustainable. Apart from the challenge of feeding a projected population of 9 billion people by 2050, thereâ€™s a little issue called climate change that must be addressed. Food plays a major role in contributing to greenhouse gasesâ€”particularly meat production. A 2014 analysis from the think tank Chatham House says that the livestock industry produces more greenhouse gas emissions than all cars, planes, trains and ships combinedâ€”scary stats considering that the United States is the second largest meat consumer behind Australia, according to Statista. Â 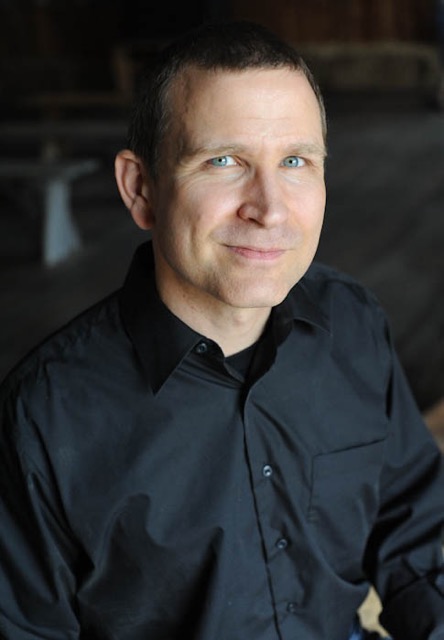 airy products by supporting manufacturers that disrupt the meat industry in humane and sustainable ways.

In addition to launching the nonprofit, the folks behind Good Food Institute have also started a $25 million venture capital arm called New Crop Capital that will â€œinvest exclusively in plant and culture-based alternatives to animal agriculture, as well as technology platforms that make plant-based eating easier,â€ according to a press release. Already NCC has invested in a suite of companies primed to change how we eat, including Memphis Meat, Purple Carrot, Beyond Meat and more.

Here, Executive Director Bruce Friedrich talks about the importance of supporting plant-based brands, and how a dual approach will move the dial on lasting, widespread innovation.

newhope.com: Whatâ€™s the game plan for the Good Food Institute?
Bruce Friedrich: The two big questions are, how do we feed 9 billion people by 2050, and what can we do about climate change? Plant-based and cultured products are the answer to both of these questions. The Good Food Institute exists to promote plant-based and cultured products through a variety of programs, including working directly with companies to help them with regulatory and marketing issues, and anything else where they need help. Weâ€™ll also work with colleges and universities to increase interest in the plant-based and cultured space, and work with restaurants and food service to increase non-animal options. These are just a few projects weâ€™re working on.

newhope.com: And whatâ€™s the initiative for New Crop Capital, the venture capital arm?
BF: Weâ€™ll be investing $5 million per year for five years, and will be focusing in the companies producing plant-based and cultured meat, dairy and eggsâ€”the ones that strike us as most likely to achieve maximum disruption.

The best way to decrease animal consumption is to create plant-based foods that are convenient, tasty and cost-competitive.

newhope.com: Speaking of cultured meat, dairy and eggs, this is still a nascent category. What hurdles are there to get consumers excited about eating such products?Â
BF: Cultured meat products are cleaner, significantly more sustainable [than factory farm-raised meat], cause exponentially less climate change and are kind to animals. Right now, people are eating meat despite how conventional meat is produced. With cultured alternatives, people will be eating meat because of how it is produced. Currently animals are raised in filthy factory farms and disgusting slaughterhouses. With cultured meat, they will have an option that is eight times more efficient and causes less climate changeâ€”and the process is completely transparent. Once these two products hit a price equality, cultured meat will sell itself.

Clean cultured meat will be produced in the equivalent of â€œmeat breweries.â€ The fermenters are bioreactors. We'll be in a situation where anyone who wants to know how meat is made can take a tour. This is very different than a conventional farm or a slaughterhouseâ€”those places are locked up like Fort Knox. Clean cultured meat will be literally the opposite of that. The producers will invite people in to see how itâ€™s made.

newhope.com: What company attributes will be most attractive to New Crop Capital?
BF: First, we are convinced that more plant-based companies create greater category awareness, which grows the entire space. Advertising for Gardein helps Beyond Meat and Garden Burger and Tofurky. Weâ€™re early enough in the development of the plant-based meat sector that every new and successful plant-based company reminds consumers that when shopping, they should put some plant-based meat alternatives in their cart. Most people who consume plant-based milk also consume animal milk. We need to make sure that the public who eats meat is adding plant-based meat to their diet as well. Weâ€™re just getting started. A rising tide is continuing to lift all boats.

Beyond that, as with any other venture capital firm that is making investments in startups, we interview the founders of companies that are in our investment sweet spot, review business plans, pitch decks, create due diligence memos and make decisions on the basis of all factors related to whether 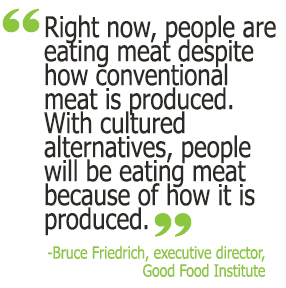 we think the company and the founders are going to be maximally disruptive in their category.

newhope.com: What size companies are in your â€œsweet spotâ€?
BF: We are most interested in true startups. One of the reasons New Crop Capital was founded is to help companies raise their seed rounds so they can make it to series A, B and C.

We also have ideas for companies that should be launched. [The Good Food Institute] is going to colleges, universities and business schools, and giving presentations to students and professors who may want to use their tissue engineering acumen in the food space. Weâ€™re talking to business students about the importance of starting companies that provide alternatives to animal agriculture. Weâ€™re functioning almost as a pre-accelerator, in that weâ€™re looking for the entrepreneurs and scientists to pitch ideas to.

newhope.com: Whatâ€™s an example business idea you think the plant-based category needs?
BF: We think there is tremendous potential for a hybrid company that cultures fat and bloodâ€”parts of the meat that are hardest to replicate with plant proteins. We would also like to see more companies that provide great plant-based chicken and fish options. Thereâ€™s room for multiple companies doing similar things.

newhope.com: What factors will propel the plant-based and cultured meat category forward the fastest?
BF: I think there will be a confluence of factors coming together to shoot the plant-based and cultured sectors into the stratosphere. But at the end of the day, the products must be tasty, convenient and price competitive. Weâ€™re starting to get there. I was very encouraged to see Beyond Meat create a product for the meat counter. At the Good Food Institute we will be creating a restaurant report card for the 100 largest chains. Weâ€™ll celebrate which restaurants have great plant-based options, and weâ€™ll highlight the chains that arenâ€™t doing so well in this category.

Weâ€™re not focusing on snack foods. In order to disrupt animal agriculture, we need to focus on the products that are a vast majority of the revenuesâ€”and those are center-of-the-plate products. Animal agriculture is one of the top contributors to climate change, contributes to global poverty, could spell the end of antibiotics, is bad for human health and harms animals. Plant-based and cultured alternatives are absolutely the future and they solve a lot of big problems. In general, snack foods are not going to compete with conventional animal agriculture to a significant degree.

I have no doubt that in 50 years, people are going to look back on eating conventionally raised animals as absurd. Just like the invention of the plane and the car made traveling by horse and buggy unthinkable, these plant-based and cultured innovations are going to make raising animals to eat them, a thing of the past.