HomeProducts and TrendsVitamins and SupplementsThe 2 most important things you need to do with your hemp CBD brand
Recent
Latest
Sponsored Content
How brands can get their trade spend under control – article
Sponsored Content
Going organic lifts everyone up – video
6 natural brands partner with UNSTUCK on new product line to aid refugees
Jun 23, 2022
Sponsored Content
The power of organic messaging – download
Trending
Getting ready for 2023: Trends for brands to consider
May 17, 2022
Unboxed: 7 clean collagen powders with a twist
Jun 21, 2022
12 brands marketing positivity, kindness and joy
Jun 17, 2022
Coca-Cola axes Honest Tea, but its founders are just getting started
Jun 07, 2022 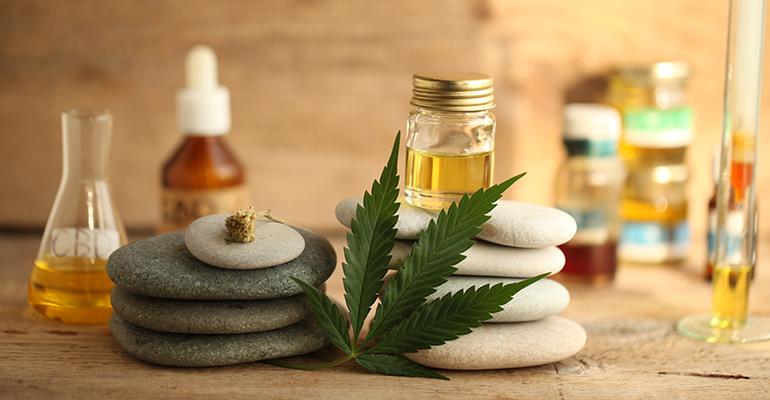 The FDA and FTC are watching you. Here's how to stay on the right side of the law.

Compared to the larger dietary supplements industry, the hemp CBD world seems to operate in dog years. That is, it is moving, shaking and innovating in a compressed time scale of seven years’ time in just one year of real time.

Consider: Two years ago, topicals were not even considered as a product format. Today, creams, balms and salves make up roughly 17% of the market, according to Nutrition Business Journal's Hemp & CBD Guide.

Not to mention that this red-hot ingredient is now being sold in a greater diversity of sales channels than any other natural product ingredient—or any ingredient, period—in the history of commerce. Even Abercrombie & Fitch and your local ice cream shop are getting in on it.

But despite the latter-day gold rush, brought on by the passage last December of the 2018 Farm Bill, there remains some regulatory uncertainties in the market. That’s the reason these non-traditional outlets, and even mainstream food, drug and mass stores, are dipping their toes in the CBD pool only insofar as offering topicals.

That’s because while the farm bill removed the DEA from the regulatory equation, the FDA remains—although its position is somewhat nebulous.

“The 2018 Farm Bill was a significant influence on companies getting involved in this industry,” said Justin Prochnow, shareholder at the GreenbergTraurig law firm, at the Dietary Supplements Forum, held in Boulder, Colorado, Sept. 26-27. “Up to that point there was a threat that the DEA would treat your hemp as a Schedule 1 drug. The farm bill took the DEA out of the equation if you abided by the farm bill, which is that THC content is 0.3% or less by dry weight. So that was a huge deal.”

And the Federal Trade Commission (FTC) is also involved. Its role is to ensure advertising messages are “truthful and not misleading.”

What you need to do

And that leads to one of the two top issues of which every brand in the hemp CBD business needs to be mindful.

The first issue is making sure your hemp product is below the threshold of 0.3% THC, which is the euphoria-inducing cannabinoid in the plant.

The second issue is making sure your claims are legal for dietary supplements and not drugs.

If you follow these two bedrock principles, “you’re a long way there,” said Prochnow.

“What can you really say about CBD and hemp?” asks Prochnow. “These range from the soft claim of ‘cures cancer’ [tongue in cheek] to lowers blood sugar to anxiety to depression. As we know, CBD is the cure-all for everything!”

“Number one, don’t make egregious disease-treatment claims,” he said. “You cannot sell a non-drug product to diagnose, treat, cure or prevent a disease.”

“It does give an indication that the FDA is not chomping at the bit of just going after CBD,” said Prochnow, “but always in conjunction with something else.”

In the category of nuance, Prochnow lawyerly noted that there is some wiggle room when making some specific claims.

“You don’t have research on cancer,” said Prochnow. “If you did you’d be selling it as a drug and making a billion dollars. Selling CBD to cure cancer is an easy speed trap for the FDA. You can say it has hemp in it, say how many milligrams CBD is in it, and leave it there. There’s this great thing called the internet that tells people what you can do with it, you don’t have to. You really don’t have the science you’d like if FTC challenged you.”