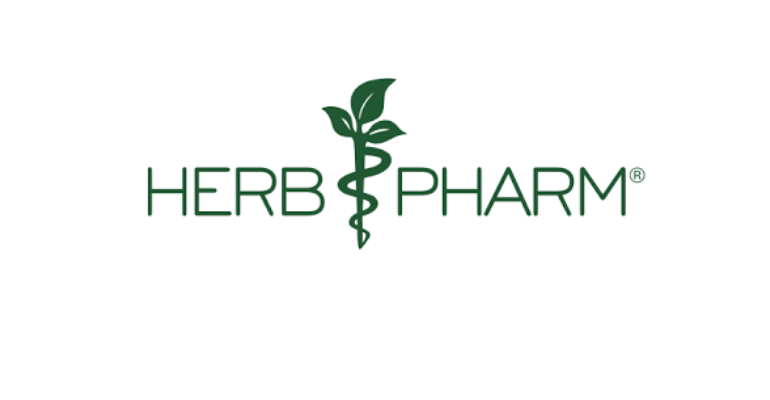 Herb Pharm’s decades-old vertical sourcing is a solid model for the future, earning the company a 2022 NBJ Award.

All it took was a global pandemic and a war.

Or maybe neither sucker punch was required, because one answer to a suddenly fragile supply chain has been sprouting from an Oregon farm since 1979. Herb Pharm's grow-your-own model, which now includes a regenerative agriculture mission, provides a strategy that looks smarter and smarter as war, pandemic and the onrushing reality of climate change tear at the foundations of the supplement supply chain.

Related: Why regenerative agriculture matters for shoppers and the planet – download

In a year when NBJ Summit revolves around "future proofing" business, Herb Pharm is the recipient of the 2021 NBJ Award for Supply Chain Innovation and Transparency for the commitment and ethics it has been practicing for decades.

Matt Dybala, the farm manager who tends to the literal roots of that supply chain, says he is routinely surprised at the sudden interest in Herb Pharm's model, which includes sourcing from key partners for ingredients that grow best overseas but remains linked integrally to the farm. "Most folks who contact me are calling because they're interested in becoming more vertically integrated. They want to know how to do it," he says, calling that a stark contrast to the response he'd get 10 years ago. "Back then, people were just a little bit like 'Why? Why would you spend all that energy and investment, farming when you could just buy these things?'"

Herb Pharm may already have built a consumer base around a commitment to the products and the land from which they are sourced, but just as other brands and companies in the supplement world are seeking Dybala's expertise, so too are new consumers discovering Herb Pharm's domestically grown ingredients to be a plus in an age of growing awareness of uncertainties in the global supply chain.

"It means a lot to consumers to be able to see where the product was grown, and even more so that it's grown within the United States," says Daniel Marple, who took on the CEO role at Herb Pharm in late 2021.

Domestically sourced ingredients were vastly more common in the past, but with a more exotic set of ingredients gaining traction over decades, and labor in countries like China and India undercutting U.S. wages, much of the supply chain moved overseas. By some estimates, the largest share of the supply chain is now anchored in China, and until the pandemic and Russia's invasion of Ukraine, that overwhelming overseas element appeared more firmly fixed every year.

RFI Ingredients founder Jeff Wuagneux says his company is sourcing more ingredients from U.S. and Canadian farms because it is starting to make sense in an era of port delays, high shipping costs and uncertain supply. He can provide better service to customers, quicker turnarounds, more dependable deliveries.

"I'm finding that, you know, we can be very competitive, being able to grow products in the United States or Canada." That doesn't mean it's simple, and keeping a brand vertical as much as Herb Pharm has done is to be applauded. "It's challenging," Wuagneux says, "but there are a lot of benefits."

Those challenges have long been a part of doing business at Herb Pharm, Marple notes, but it still feels good to be proven right about something that was always core to the brand. He's quick to point out, however, that growing its own plants for products is more than just a dependable sourcing story. It's a quality story as well. "Outside of being able to just have that reliable supply is the learning we have around growing the plant ourselves and being able to know the requirements of that plant, to get it out of the ground when it should be coming out of the ground," he says. "You don't necessarily see that with all of the international sourcing." 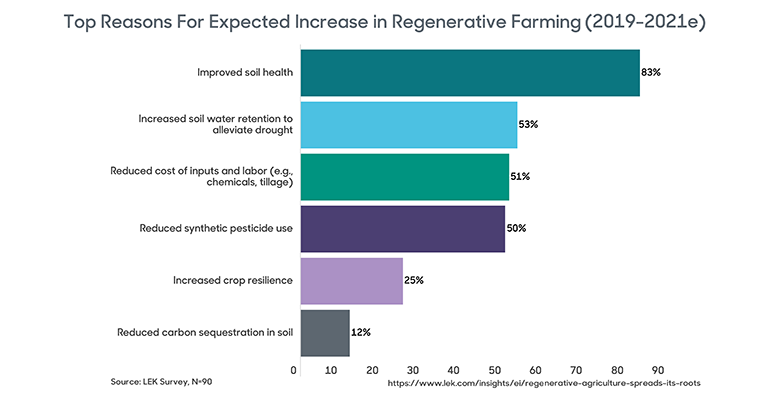 A dependable and domestic supply in a global network looking shakier with every headline is far from the only supply chain innovation that is essential to the company's corporate character. The company has moved into regenerative agriculture and former New Chapter CEO turned regenerative evangelist Tom Newmark calls that move the best reason the company deserves the NBJ Award. Lauding the company's "pioneering participation" in the regenerative movement, Newmark describes Herb Pharm as a road map for other brands. "For Herb Pharm to enroll itself in the regenerative organic certification program is to make a declaration that it takes climate change seriously and is taking the action to reverse the threat to agriculture for itself and also to be a model for agriculture elsewhere," Newmark says.

That model is becoming more and more valuable, Dybala says, as is the demand for responsibly and regeneratively grown herbs. Herb Pharm now owns Pacific Botanicals and sells herbs to other companies. Selling into the system becomes a big part of the road map Newmark describes, proving it's possible and offering that proof in quality herbs.

"We've been basically selling everything we can grow, which is a great place to be," he says. "We can just grow almost anything and expect that someone's gonna come by and buy it all."

That would be heartening to Newmark. It might mean brands are paying attention to the example Herb Pharm has supplied. And they need to pay attention, he says. "If you're in the business of selling an agricultural product and you're not worrying about climate change, then you're just not paying attention. You're not aware. You're not awake."

Building a future on the past

From Marple's perspective, the ethics of regenerative agriculture, if not the exact science and techniques that have been developed, are what built Herb Pharm since the day it was founded by Sara Katz and Ed Smith. "That dedication to regenerative, certified organic farming is at the heart of what they created and what we continue to carry on today," Marple says.

Marple has worked at companies as large as Abbott and ConAgra Foods. Herb Pharm is much smaller, but the connection to the land, the supply chain and, in the end, the consumer are much closer and deeper. Growing its own herbs and making its own extracts, Herb Pharm provides an example of what the supplement industry was and can still be. "Going from the size of business that I was at, at Abbott, to something like our farm was quite a dramatic change," Marple says, "but I wanted to be able to look my children in the eye and tell them I was proud of what I do for a living."

It didn't take a pandemic or a war to show him that. All it took was a farm.