Amplify your prenatal supplement sales with this up-and-coming ingredient 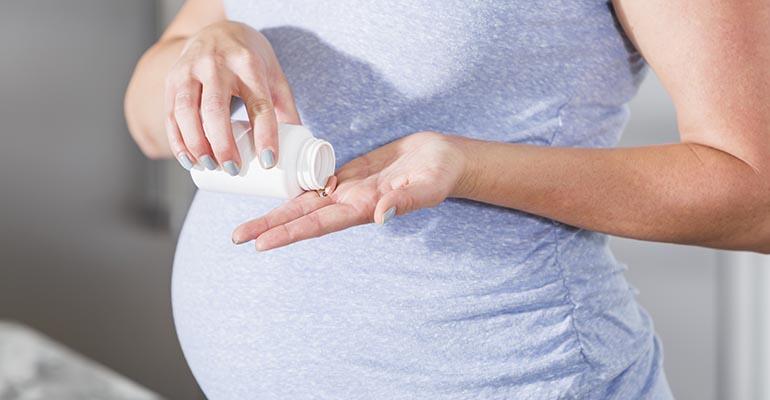 Nobody is getting enough choline from food alone–and pregnant women are especially easy customers in the supplement aisle.

Pregnant mom Jessie Shafer is taking the Nature Made Prenatal Multi + DHA “because it was one of the most well-rounded ones I could find that included DHA but didn’t require me to take more than one pill per day.”

Pregnant mothers are easy customers in the supplements aisle because even mainstream doctors will recommend a prenatal supplement for pregnant moms.

Folic acid, a B vitamin, is recommended to help prevent neural tube defects. This condition affects some 3,000 infants in America a year according to the March of Dimes. Spina bifida, which affects the spine, is the most common neural tube defect.

The US Preventive Services Task Force recommends taking 400-800 mcg per day of folic acid. So pretty much all prenatal multis contain the requisite amount of folic acid (plus all the other vitamins and minerals required to support both mother and child).

Individual nutrients have recently risen to the fore, starting with the omega-3 fatty acid DHA and probiotics.

Visual acuity benefits up to 12 months old have been seen with higher intakes of DHA. DHA is also shown to improve neuronal signaling—you know, thoughts.

It remains a bit of an unknown what the optimal dose of DHA should be for pregnant and nursing women. The March of Dimes and the United Nations recommend that pregnant and lactating women should have a minimal intake of 200-300 mg/day of DHA.

The Nature Made Prenatal that Shafer is taking contains 200 mg DHA.

A 2017 study found only 9% of American women took DHA supplements during pregnancy, and that the average intake was only 66 mg per day.

Probiotics have been used to help with preemies, especially around the wee infant’s ability to fight infections (sepsis) and in preventing antibiotic-associated diarrhea.

But even in normal-term infants, probiotics can help establish and maintain the fledgling musocal barrier and getting the little tyke’s microbiome off to a healthy start. Colonizing the gut right off the bat is important in building a healthy immune system, which is seen as key to preventing atopic conditions like eczema and asthma. One of the best-studied probiotic strains, LGG, has been shown to do just that.

Choline is a cousin to the B vitamins and the precursor to phosphatidylcholine (PC), which is a primary brick-and-mortar of cell walls. It’s also a key building block of the neurotransmitter acetylcholine, which helps the brain communicate everywhere in the body.

Choline was only recognized by the Institute of Medicine in 1998, so there is still much to learn. But that’s what makes it such a compelling story to consumers looking to get the most out of their bun in the oven.

The National Institutes of Health put out a choline fact sheet that says the biggest dietary source of choline is beef liver—one serving provides 356 mg, or 65% of the daily value. But who eats liver? Yuck.

No. 2 on the dietary source list is hard-boiled eggs, which provide about one-quarter the daily value of choline.

Face it, nobody is getting the proper amount of choline from food sources–and that leaves us with supplements.

There are five areas of neonatal health that can benefit from choline supplements.

Dosage matters. And the form matters. The type of choline used in the Cornell research was VitaCholine, which is a branded ingredient sold by Balchem Inc.

Talk with your customers about the value of choline. Remember, pregnant moms are buying supplements for two.

For a deeper dive into all things choline, download this free choline guide from Natural Products INSIDER.

Women who might become pregnant should take folic acid
Feb 13, 2017