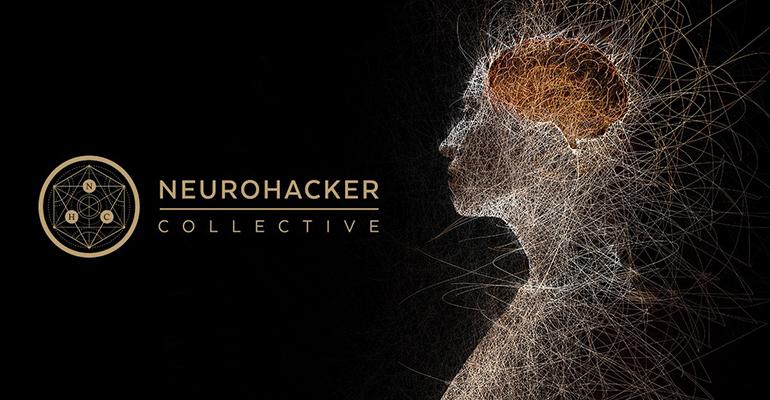 The Neurohacker Collective contends that nootropics are largely presented in a reductionist model and have historically lacked a general sense of safety, preventing new consumers from entering the biohacker space. We talked to CEO James Schmachtenberger about these and other challenges facing the science and the category at large.

Nootropics, the pursuit of heightened mental performance through technology and supplementation, is largely trapped in the geek-centric domain of the biohacker. A few products like the much-advertised Prevagen have mainstream traction, and cognitive products have broad appeal built around modest claims of efficacy. However, the Neurohacker Collective brand is now claiming huge gains in a pilot study, including an 85.4 percent increase in the ability to concentrate and avoid distraction. We spoke with CEO James Schmachtenberger about his disciplined, science-backed approach to nootropics.

New Hope: What makes your brand stand out in this nootropics cognitive space?

Schmachtenberger: We're using a complex systems science approach to all of our research and product development. Almost all of supplementation and medicine, in general, operates off a relatively reductionist approach. You have a fairly narrow set of variables that you're trying to effect. As a result of that, you can create meaningful increases in those variables. But without understanding how that particular piece interfaces with the rest of the system, you oftentimes end up been creating new problems. Instead of that, we take the time to actually understand what the body's own self- regulatory processes are. And then we use the products such that they help to enhance the body's own regulatory capacity. It takes away the potential for any kind of dependency or addiction because we're not overriding anything. It also allows people to not only get in homeostasis but increase their homeostatic balance, meaning when something does throw them out of balance, the body then has a better ability to self-regulate.

You’ve staged a pilot study with 23 subjects. Are there plans for bigger studies?

We're doing a clinical trial, full double-blind, placebo-controlled. We're in the final phases right now of defining the scope of that trial, and then we'll begin the recruitment process. In addition to that, based on the success of the initial Cambridge Brain Sciences study, we've also rolled out a new program that allows every single customer to participate. Every time a customer purchases any of our cognitive products, they're given the option to go online and do the Cambridge cognitive assessment before they take the product, and then take it again, at different time variable: after a week, after a month, after three months. The individuals are given reports on their own function and they can see the sort of objective increases that they're experiencing across different cognitive domains. And then on the back end, we, of course, get the aggregated data. We're looking to run that program until we have 1000 or more users that have done solid before and after cognitive testing.

Outside of your brand, do you think that nootropics are well studied?

Certain individual nootropic compounds have been well-studied. I wouldn't say that the category as a whole has been particularly well-studied. And what hasn't been studied almost at all are the synergistic properties of how different nootropic compounds work together. Ingredients might have certain notable benefits, but it doesn't mean that if you can just put all those together, that you get all of those benefits. Sometimes they'll counteract each other, they'll compete for the same absorption pathways. There are all kinds of variables that can go into that.

Nootropics seem stuck in a pretty select crowd of consumers. What will it take for it to go mainstream?

For a much broader audience to start to utilize it, they have to start to have a greater sense of safety around nootropics. And right now, there's not enough good quality information that's available to the public for many people to feel like it's the safe avenue for them. We need both further research studies on safety, and then largely just better distribution of information of what's already known. And then I think a lot of it is also just familiarity with the terminology and the topic matter. Obviously, the majority of the population doesn't actually know what the word nootropics means. Broadening awareness around what the potential benefits makes it more interesting and more attractive.

How do you how would you describe the consumers that are responding to your brand?

I would say the majority of consumers that we have fall into the most educated portions of the population on topics of health and optimization. A lot of our customers right now are people who identify as biohackers or self-optimization experts or people who are in hard science. We have a lot of neuroscientists, neurobiologists, fields like that, that get behind it because they actually understand the science of what we're doing. Right now, the largest portion of our customers are people who have a pretty deep background in health and optimization. Over the last six months or so we've been starting to branch out of that market and make things accessible for more people.

Is there anything that would keep you from advertising to the people who are buying Prevagen and products like that?

It’s obviously going to be a very similar type of customer that going to be attracted to Prevagen because they have effectively the same use case, at least in terms of how most people are going to think about it. With our product, we have the capacity to deliver on that promise but more broadly and more effectively than other things are out there. We're going after the most educated, most influential audiences where we knew that early adoption was possible and that we could then use the influence of those people to help bring that information to broader audiences. Now that we have really deep traction in that space, we're working on taking the same kinds of information and content and presenting it in language that's more exciting and more accessible for a much broader audience.

What other products do you have in the works?

We have a cell energy product  that is already scheduled for launch in March. Beyond that, our next categories are sleep and anxiety. Those are in beta stage right now. We’re also working on taking some of our current products into different delivery formats. We’re working on a liquid shot version of our cognitive products.