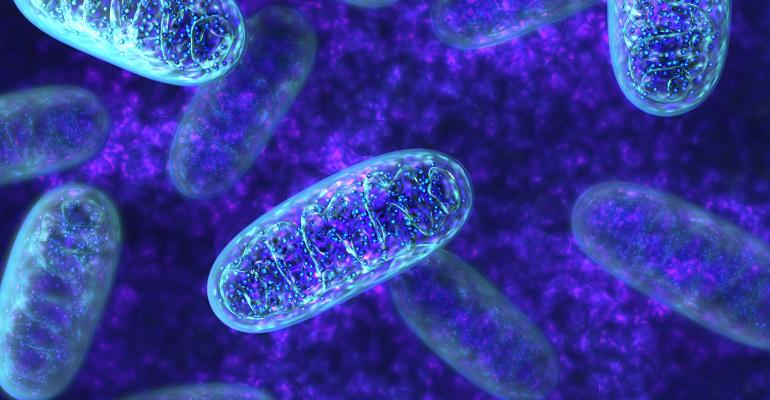 Even as the range of benefits expands beyond mitochondria, CoQ10 remains at the top of mitochondria nutrients—but it's not the only one.

In the year 2000, 2 million Americans consumed coenzyme-Q10, and 39 metric tons of it were produced, largely in Japan. The ingredient started getting a name for itself through its ability to generate ATP—the energy currency—through the cellular power plants known as mitochondria.

“A 20 percent CAGR is one of the most outstanding growth rates in the industry over the past 15 years,” said Scott Steinford, head of the CoQ10 Association.

Steinford said that the number of brands featuring CoQ10 has similarly risen, from 18 brands in 2001 to about 125 today.

“The category of mitochondrial supplements has existed, but we need to do a better job defining it,” said Steinford.

While CoQ10’s popularity can be gauged in large part by its utility with mitochondrial function, it is also being used for other purposes. Just this year, supplement company Quantum Health (best known for its Buzz Away insect repellent) started reformulating its migraine supplement, swapping out the botanical feverfew with CoQ10. That’s because migraines are seen as a mitochondrial disorder, which can be improved with CoQ10. The Canadian Headache Society 2012 guideline for migraine prophylaxis recommends that 300mg CoQ10 is the appropriate dose.

Show me the science

It all started with a 2005 double-blind, placebo-controlled, randomized clinical trial on 42 migraine patients. After three months, those who took 100mg CoQ10 three times a day had 48 percent fewer migraines, compared to 14 percent in the placebo group.

In 2007, researchers at the Cincinnati Children’s Hospital Medical Center measured CoQ10 levels in 1,550 pediatric and adolescents between the ages of 3 to 22 years old. Those with low CoQ10 levels supplemented with 1-3mg/kg body weight—between 45 and 136mg CoQ10 based on a 100-pound individual—had almost 50 percent fewer migraines and half as much headache disability.

In 2011, the same lead researcher as in the 2007 study gave 100mg CoQ10 to 50 patients for 224 days. The supplementing children and adolescents showed reduced migraine frequency, severity and duration compared to the placebo group. The positive effects started after four weeks of supplementation.

And in a 2015 study using a proprietary commercial formulation featuring 150mg CoQ10 along with 400mg riboflavin (vitamin B2), 600mg magnesium and other nutrients (Dolovent), 130 adults who suffered more than three migraines a month had roughly a 50 percent decrease in migraines per month and a significantly reduced intensity of migraines compared to placebo.

Steinford said the CoQ10 Association is working on three initiatives to build the market even greater: transparency, science and education.

“The expectations of transparency by dietary supplement consumers and brand holders is increasing,” said Steinford at the SupplySide West trade show in Las Vegas on Oct. 7.

Other nutrients at play

Although CoQ10 is the chief mitochondrial nutrient, it’s not the only one. Others include PQQ and berberine.

“How do you improve mitochondrial function?” asked Michael Murray, ND, chief formulator for Natural Factors. “You provide essential nutrients the mitochondria need to provide energy. You provide protection from oxidative damage. You enhance the detoxification processes. And you reduce other damaging factors such as environmental toxins and drugs both pharmaceutical and illicit.”

Murray said berberine in particular is poised to become the next blockbuster ingredient, in part because of its role in inhibiting mitochondria dysfunction but also because it's been shown to lower blood pressure and cholesterol levels and improves markers of metabolic syndrome.

So while the number of ingredients continues to increase, building them into a cohesive story of a larger mitochondrial supplements category remains a work in progress. It’s a good story to tell customers looking for an energy boost and an anti-aging solution.