HomeProducts and TrendsVitamins and SupplementsThe doctors are in: Opportunities for supplements in the practitioner channel
Recent
Latest
4 tips to get ahead of chemical concerns in packaging
May 20, 2022
7 CBD favorites in the increasingly popular gummies format
May 20, 2022
Mission MightyMe helps parents introduce allergens to babies
May 20, 2022
UNFI's Eric Dorne to step down as chief operating officer
May 20, 2022
Trending
Whole Foods' honors 30 companies with 10th annual Supplier Awards
May 18, 2022
Getting ready for 2023: Trends for brands to consider
May 17, 2022
Sponsored Content
The rise of sustainable business – eGuide
Sponsored Content
Natural beauty market trends
Jun 16, 2021

The doctors are in: Opportunities for supplements in the practitioner channel 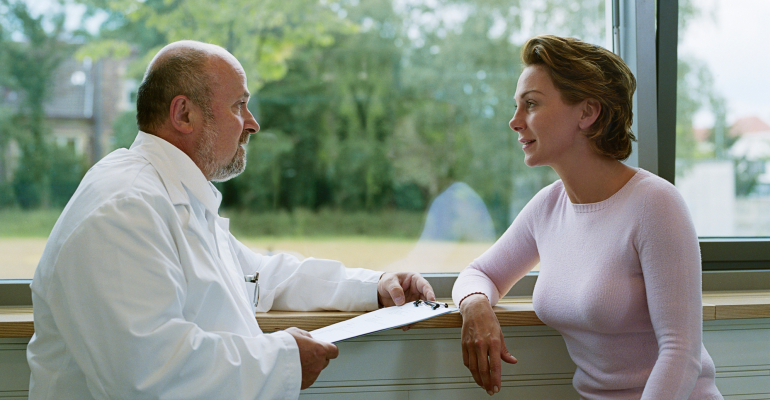 A new report from Pure Branding explores subtleties and segments in the physician supplement market.

Approaching physicians selling supplements based on segmentation research could be the key to growing sales in the practitioner channel and across the industry, according to the team behind a new survey that explores motivations and market factors for doctors choosing to incorporate integrative care into their practices.

The report, Integrative Physician Market Landscape 2017 from Pure Branding, targeted MDs and doctors of osteopathy practicing integrative medicine. The intent, says Pure Branding CEO Yadim Medore, was to discover what the industry could do to assist doctors in the transition to integrative practice. An increase in the number of such physicians could bring the health care system closer to a tipping point that would have mainstream medicine focusing on nutrition and wellness rather than treating disease with pharmaceuticals. While the MD/DO ranks represent the largest potential for growth in the practitioner channel, the impact could go far beyond practitioner-generated sales, Medore says, calling the doctors “the credential that has the most influence in the conventional health care.

“They are really on the cutting edge of shifting the paradigm,” Medore says.

NBJ conducted similar research last year focusing on business matters in the practitioner channel but studied a spectrum of modalities and credentials. Medore says Pure Branding designed the study to look deeper than previous research into concerns and motivations of the MD/DO population and found a set of five “personas” that represent segments. One of the personas, “Doctor Constrained,” exemplifies the kinds of challenges that keep professionals from moving into integrative care, Medore says. “He’s had the training and is ready to apply the integrative approach, but because he is in a big clinic or hospital system, he can’t treat his patient the way he wants to.”

What the study does, Medore explains, is present supplement companies with a road map to help more doctors make the transition. The goal, he says, is for brands to be able to “to coach and advocate.”

Doctors moving into integrative and functional medicine are already motivated, the report finds. Respondents indicated poor patient outcomes in conventional medicine as a primary reason to change how they practice medicine, but more than one-third said personal or family health issues brought them to step outside the mainstream. Increased revenue was not a significant reason. “It was high altruism,” Medore says. “They are giving up the income that they were getting in conventional medicine.”

Susan Haeger, Pure Branding’s executive strategic consultant, says such findings fit well into an overall trend for the channel. Doctors are crossing over to integrative care because conventional care is failing, financially and medically, she says. “When we talk about a tipping point, what’s happening is that the healthcare system in America is falling apart, we all know that.”

Leonard Wisneski, MD, who consulted on the Pure Branding report, agrees that dissatisfaction is part of what has driven momentum for integrative medicine, but science has also been integral. “I think within the past 10 years, the movement is finally gaining traction in the conventional medical communities,” Wisneski says.

The report will allow companies to “stratify their marketing," Wisneski says. "It’s the only roadmap I know of."

Helping integrative physicians be more successful will help more conventional doctors see the pathway to change, Wisneski says, but the momentum is already here. Wisenski is working with the Colorado University School of Medicine to transform the program away from straight conventional “to one of wellness.”

“We are at the tipping point,” he says.

There are hints in NBJ data that suggest Wisneski is right. The practitioner channel is already the second-fastest growing channel for supplements by NBJ estimates, increasing sales by 7.8 percent, compared to the total market’s 6 percent in 2016.

But not everyone is convinced that a new paradigm is on the immediate horizon. Approaching physicians and osteopaths the right way could create a significant change for companies in the practitioner space, but a tipping point for the health care system is still years away, says David Thibodeau, managing director at natural-focused investment group Wellvest Capital.

That doesn’t mean he’s not encouraged by findings in the Pure Branding report and research conducted by NBJ in 2016. “What I do see is the newer practitioners, whether it’s younger MDs or other mainstream medical professions, who are the ones who are going to be more open to recommending supplements," he says, "as well as a healthier lifestyle in a way that’s not just a cursory recommendation of ‘Go on a diet and come back in two weeks.’”

Practitioners and brands struggle against online outfits
May 10, 2017