Take a liquid shot to feed your head with alpha-GPC, which increases acetylcholine levels in the brain. It’s been used in human clinical trials involving memory and seems to act by helping speed cell-to-cell communication. Also contains B vitamins and a passel of other cognitive-health nutrients.

Industry legend Dr. Michael Murray has jumped on the hemp oil bandwagon, only using the hip herb as a foundation for formulations that include a range of botanicals that target the leading lifestyle conditions today: stress, sleep, cognitive performance and mood.

Himalaya is all in on brain health, using botanical-based Ayurvedic formulations to support you from the neck up with both single-herb supplements as well as artfully formulated blends. The company also has a mission around sustainability and community that is notable.

The magnesium king is branching out with line extensions under the “Specifics” line. Sure, it’s got magnesium in it, but also some B, C and D vitamins, plus a bit of L-theanine to help calm kids’ frenetic minds.

The anti-depression herb was the rock star of the ’90s until a study found it was equivalent to the leading anti-depressant drug (neither was particularly effective for major depression) but the media spun it to say the herb didn’t work. It never did—at least for major depression. But for mild to moderate depression, there’s a reason it’s widely prescribed in Europe. This version contains the effective dose in a single tablet.

Sure, the B’s have it. This also contains choline, perhaps the preeminent nutritional neurotransmitter. All told, this supports optimal benefits for body and mind.

A supplement that you chew and not swallow sounds like a fine way to consume nutrients. In this case, it’s the amino acid L-theanine, derived from green tea, that makes you relaxed without feeling drowsy. Take two a day so you’re getting 200 mg daily.

Silk protein hydrolysate is the latest entrant to the brain games, with nine clinicals showing its significant improvements in aspects of memory in as little as four weeks.

The gut-brain axis is so 2014. The 3 Brains line targets the emerging understanding of the inter-relationship between our head, heart and digestive system. Each SKU gets granular on specific areas of head health, be it stress, sleep, memory or mood—plus ingredients like hawthorne or omega-3s to support cardiovascular health. And the packaging is pretty cool, too.

You know how krill oil likes to say it trumps fish oil because of smaller softgel capsules and the addition of phospholipids for bioavailability and astaxanthin? Cogni-Fit raises the bar on that with outsized quantities of phospholipids, plus choline. This formulation provides a firm foundation to support the brain’s bricks-and-mortar.

GABA is a neurotransmitter that calms out over-excited neurons. L-theanine makes you relaxed without feeling drowsy. Bacopa, skullcap and eleuthero can calm nerves, support mood and focus the mind. Toss in a bolus of B vitamins and you have a totally chill formulation.

This single-ingredient supplement features a silk protein hydrolysate with nine clinical trials on humans showing it can help support a mindful memory. 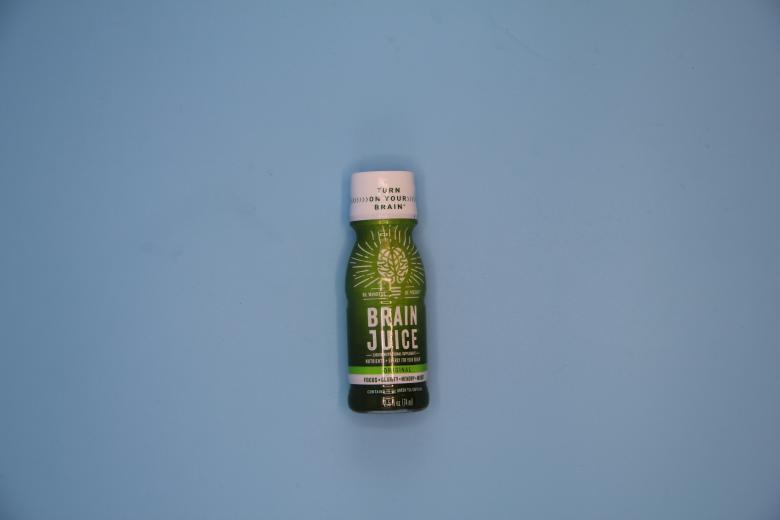