Hemp CBD: What mainstream media is getting right–and wrong 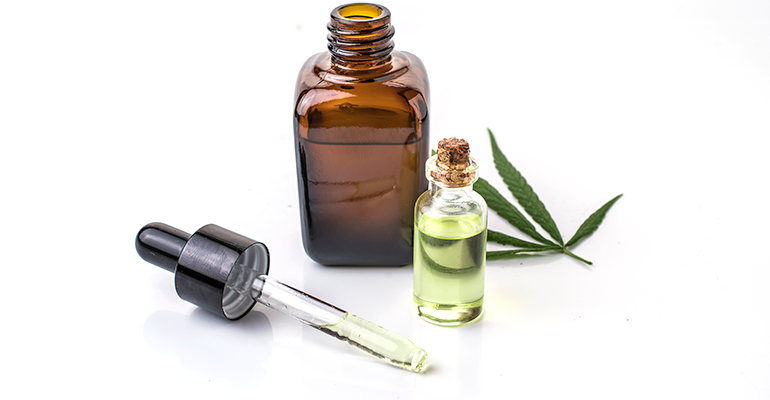 CBD is rapidly emerging into the mainstream market, but awareness and sophistication regarding the ingredient in mainstream media is both uncertain and uneven. Taking a look at one week’s worth of coverage offers manufacturers some clues in terms of which issues need to be cleared up–and who is responsible for doing the clearing.

Delving into one week of mainstream hemp CBD coverage provides little assurance that mainstream consumers depending on that media are going to be confident about any of the scientific or legal questions hovering over the ingredient. New Hope Network’s Nutrition Business Journal consumer research featured in the Hemp and CBD Guide suggests that even those consumers who say they are familiar with hemp CBD are often unsure or outright wrong. And it doesn’t look like anybody can expect the media to clear much of that up, especially when the industry could use better tools for the task.

Here is some of what we saw in one week of coverage:

“Can CBD Really Do All That?” in the Times' Sunday magazine is actually one of the most clear and neutral pieces we’ve read–it gets into the history and details of the ingredient unlike anything else we’ve seen. But while it digs into the science, it brings up questions that need to be answered by brands before consumers can feel more comfortable. Questions such as "the quantities in chocolates, teas and other edibles tend to be far below the concentrations tested experimentally” and “scientists and patient advocates worry that consumers may not be getting what they think they’re getting.” Those aren’t questions that reporters have to answer, but they are issues the industry needs to confront and be ready to talk about to news outlets.

One of the more perplexing questions for consumers in the NBJ research was whether hemp CBD could trigger a positive drug test, and Consumer Reports offers little comfort in “Can You Take CBD and Pass a Drug Test?” Firstly, they stumble in the opening sentences by stating “Late last year Congress made CBD from hemp legal at the federal level.” That’s not entirely true. Farmers can grow and sell hemp, but in the FDA’s view, CBD is still technically illegal as a dietary ingredient. That aside, clarification on the drug test question is difficult to come by, they point out. Drug tests look for THC, the compound responsible for the high in cannabis. They don’t look for CBD at all. But though hemp CBD products generally aim or claim to have less than 0.3% THC, Consumer Reports points out that studies like one published in the Journal of the American Medical Association have found that many products labeled CBD have THC levels high enough to trigger a drug test. With such a wide range of quality and testing vigor, it’s difficult to know how consumers are expected to feel confidence. Asking for a certificate of analysis, as the article suggests, is a lot to expect of the average consumer. Again, that’s a question the industry needs to answer before a publication like Consumer Reports can offer real clarity to consumers.

The Golf Channel goes for the short game

Hemp CBD in professional golf is one of those things that doesn’t seem obvious until you think about it and suddenly it’s the most obvious thing in the world. Indeed, as one trainer quoted in this story says, “by next year it will be difficult to find someone who is not taking it.” But the Golf Channel article makes clear how unclear the market remains for consumers. One source explains the blurry outlines of the problem: “There are no lab results so you really don’t know what you’re taking and that’s a problem, not only from the fact you can test positive if it has too high of levels of THC, but more importantly you don’t know what you’re getting.”

That the public should be confused about CBD is no surprise. That journalists could drop the ball as hard as they did in North Carolina this week is almost shocking. The story that the Four Oaks CBS affiliate headlines “Johnston County woman charged with having marijuana says it was CBD” sounds like one of confused cops until you see the woman standing in a smoke shop holding up a handful of obvious marijuana buds. The jar may say “CBD,” but the reporter should have known that CBD is an ingredient isolated from a plant and not a plant or plant part itself. A “How to Report on Hemp” pamphlet is clearly needed.

Further south and higher up the credibility scale, the Atlanta Journal-Constitution provides a much more responsible take with “CBD FAQs: What is CBD? Is it legal? Does it actually help?” But as responsible as it is, the answers they give are not going to calm the more cautious consumers. It’s not exactly reassuring when the best thing that can be said is “there’s also not much research showing that cannabidiol doesn’t work.” But when “high doses of CBD can be harmful to the liver” is stated with so little context, “reassuring” is not part of the picture.

The ingredient that’s being added by the ton to the hemp CBD industry right now is money, and MarketWatch is built around watching such investment moves. So, when a MarketWatch headline states “An entire industry is being built around CBD, but we don’t really know that much about it,” it’s easy to wonder how more headlines like that, as accurate as they might be, could do to that flow of money. One source is quoted as saying “Society has jumped way ahead of the science on this,” and later the same source suggests that topical CBD, which is the first-step safe harbor companies such as CVS and Walgreens are entering, hasn’t been studied for dosage at all.” There seems to be no shortage of investors coming into the space, but with headlines such as MarketWatch’s, one could start to wonder if they are the kind of investors who could bring more than money to the table.

New study reveals generational preferences in the use of CBD oil
Apr 03, 2019