HomeProducts and TrendsVitamins and SupplementsInside Game: The dark side of sports nutrition
Recent
Latest
Unboxed: 12 waterless personal care products making a splash
May 26, 2022
3 reasons natural retailers are inflation-friendly shopping destinations
May 25, 2022
Sponsored Content
Organic agriculture and its impact on ingredients and the planet – webinar
Sponsored Content
The goodness wrapped in a certified organic seal – video
Trending
Getting ready for 2023: Trends for brands to consider
May 17, 2022
6 tips to promote consumer understanding of Certified Organic
May 18, 2022
Sponsored Content
Exploring the CBD gummy revolution – article
Sponsored Content
Natural beauty market trends
Jun 16, 2021
NBJ
brought to you by

Inside Game: The dark side of sports nutrition 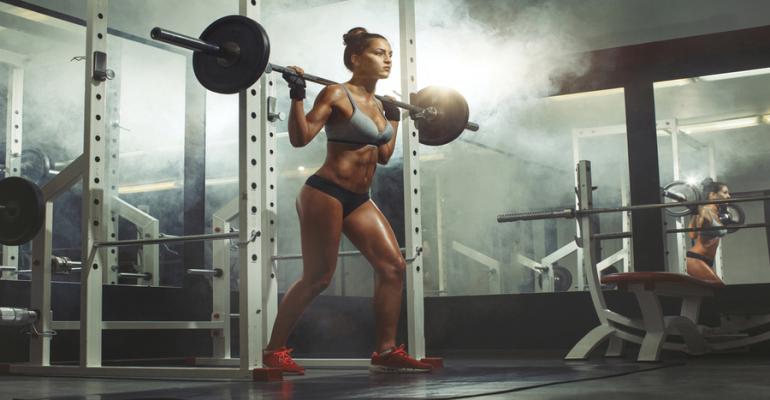 An anonymous guest piece in the Nutrition Business Journal’s Dark Issue offers an unflinching look at irresponsible business practices in sports nutrition. Get the Dark Issue, NBJ subscriptions and market research reports at discounted prices during the NBJ end of year sale at www.nutritionbusinessjournal.com.

I remember the moment when the schizophrenic nature of supplements industry became clear to me. I’d spent most my adult life in that industry, preach­ing the promise of better health in nutri­tion. I believed in the products. I still do. But in that moment of clarity, I came to question so much of what I’d held as the central mission of the trade.

I was standing in a retail store, a chain that focused on supplements. On one side of the store, I looked out on a wall of shelves, packed with the ingre­dients I could believe in: products de­veloped, produced and sold to improve health, create a lifestyle of health.

On the other side of the store, I saw something very different. There I saw tubs of powders and bottles of pills that I could only call “anti-health.” The labels bore the ripped physiques of bodybuilders I knew were drenched in steroids and illegal drugs. The marketing made claims I knew were impossibly and irresponsibly bold. This was the spectacle of sports nutrition.

And it made me sick.

It was also my job. It was how I earned a paycheck.

Until I walked away.

Before that happened, before I left to launch a cleaner venture, I saw things that were surely questionable and sometimes criminal. I saw protein spiking, flagrant disregard for potency and purity, principles surrendered to profit. In short, I saw bottom feeders doing anything for the bottom line.

And no matter how I protested, I was one of them. I can’t defend that. I looked from one side of the store to the other and I kept doing my job, not forever but for too long.

I remember an executive bragging about spiking protein powder with tyrosine. They laughed about fooling the tests. They won contracts based on price, and anything to get to that price was acceptable.

I saw companies ignore microbial test­ing procedures in the rush to fill orders and win more contracts. Shelf life testing took time, and time, in their minds, cost money. They looked at testing as spending money and not making money. They’d boost the preservatives and hope for the best.

Claims were another point where economics won out over ethics too many times. These were companies that hired legal and regulatory teams, examined their recommendations, and then ig­nored them. I saw it over and over again. They knew they could double their sales if they crossed the lines, and they knew the penalties would be light and long-in-coming. I saw companies that knew how to time the enforcement cycle and be ready to close up shop when the FTC and FDA started sniffing around. I re­member one outfit that burned through a half dozen companies with the same product and the same claims.

That was their built-in business strategy.

In some cases, it went beyond cred­ibility and defied simple math. A label would declare 120 grams of amino acids that somehow fit into 100 grams of pro­tein. It was ridiculous, but it showed how seriously they took the rules and the basic responsibilities of commerce.

And then there was the outright crim­inality. I never saw it first hand, but it obvious to anybody who has glanced at the sport nutrition shelves that the prod­ucts are either intentionally tainted with steroids and other drugs or they are im­plying illegality with marketing that more than winks at an illicit allure. Peo­ple bragged to me. They would say their product had “the real stuff” in it and they would justify it with the “everybody’s do­ing it” defense. They would claim they’d discovered a steroid that “nobody knows about” and talk about winning a scientific arms race with the FDA.

I remember my wife telling me to stop trying to change people who didn’t want to change.

So I walked away.

I have my own company now. I don’t pay steroid injecting bodybuilders to flex on my labels. I have worked at companies that spent more on marketing than product. We barely have a marketing budget. We’re not selling ripped abs and bulging biceps. We’re selling health.

We buy branded ingredients from companies I trust. We don’t piggyback on the science with ingredients that haven’t been studied. It’s more expensive. It cuts into the margins, but it doesn’t cut into our integrity. We are giving the custom­ers what they want: health. If they want shortcuts and steroids there are other places to find them. They can find them in some other part of the store, the darker corners that I hope will shrink over time as customers, especially millennials, get more educated and demand more trans­parency and more responsibility.

I’m not proud of the places I saw our industry go or my steps on those dark paths.

But I’m hopeful about where it could go next.

This article is republished from the “Dark Issue” of the Nutrition Business Journal, a subscribers-only chronicle of the latest sales and trend data matched to expert insight from insider voices in the nutrition industry. For information on purchasing subscriptions, market reports and data charts at end-of-the-year discounts, go to www.nutritionbusinessjournal.com or contact NBJ Business Development Manager Cindy Van Schouwen at  [email protected] (303) 998-9305.