Naturally occurring vitamin B12 discovered in a plant-based protein 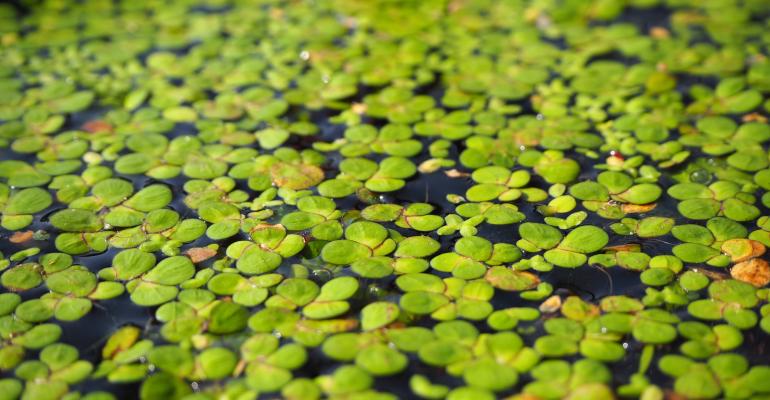 This flowering duckweed water plant was already known to be nutrient dense, but the surprising discovery of its vitamin B12 content is attracting industry attention.

Lentein, derived from the duckweed plant, was already an impressive nutrient-dense plant-based protein source rich in amino acids and omega-3s. However, the fact that duckweed has naturally occurring vitamin B12 in bioactive forms makes the plant “a game-changer,” says Geoff Palmer, founder of Clean Machine, a sports nutrition company that uses lentein in its protein powder.

A vegan bodybuilder and advocate for the plant-based athlete lifestyle, Palmer says the discovery of a plant-based B12 source will allow him to stop doing “the same thing that almost all vegans were doing, which is taking a synthetic vitamin B12.” The discovery completes the nutrition profile for an ingredient that was already a nutrient powerhouse.

“It covers every single one of the bases,” Palmer says.

Cecelia Wittbjer, vice president of marketing the manufacturers of the “water lentil” ingredient, Parabel, says the company was so busy promoting and understanding the protein and other components that it wasn’t even aware that B12 was in the mix until a larger company considering the ingredient for its products discovered it.

“Everybody thought that vitamin B12 did not exist in plants, so we didn’t even bother looking for it,” Wittbjer says.

Vitamin B12 is not technically produced by plants, but is instead created by microbes that live on and in the roots of plants. Duckweed, a flowering plant grown in water, is harvested and processed as a whole plant. Wittbjer says Parabel is studying how bioavailable the B12 forms are but has no plans to increase the concentration or to isolate the B12. But, she said, "we are engaged with a large company that is doing their own capsules and such."

For Palmer, B12 is a big advantage to add to a list of features he uses to market his Clean Machine powder. Duckweed already has the impressive protein and nutrient mix, but it is also fast-growing, doubling in biomass every 24 to 36 hours, and can be harvested and processed with little loss of water. He describes duckweed as a long-overlooked "superhero of the plant kingdom."

"When we put the bullet points in our marketing, the most common response is, 'That can’t be true and if it is true, how come nobody has heard of it till now?'" Palmer says. The reason is pretty simple. "Nobody's been looking at it. It’s a weed. We’ve been trying to kill the thing off for the last 50 years."