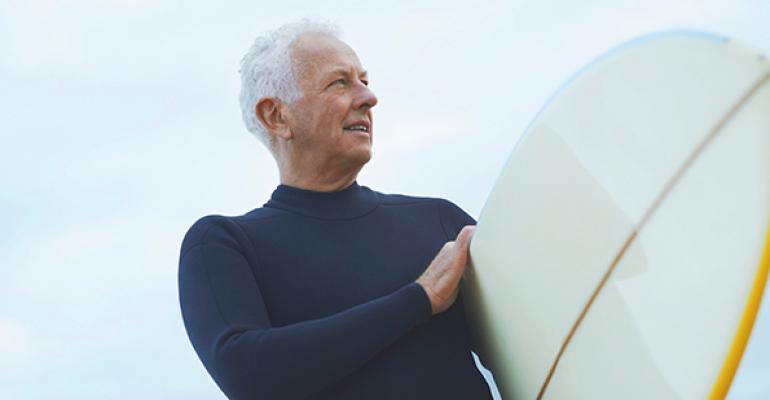 A new paper from the Children’s Hospital Oakland Research Institute believes that deficiencies in specific vitamins can reduce the body’s ability to fend off the effects of aging.

In a break from a drumbeat of negative studies on the efficacy of supplements, an Oakland researcher’s paper in the Proceedings of the National Academy of Sciences presents a model for the role vitamins might play in the process of healthy aging.

The paper, "Prolonging Healthy Aging: Longevity Vitamins and Proteins," was published online this week. It was written by Bruce Ames, PhD, senior scientist at the Children’s Hospital Oakland Research Institute. Ames, still working at 90, called his findings “a new idea and a big idea.”

In his theories, the body responds to micronutrient deficiencies by delivering enzymes that are crucial to short-term survival while robbing enzymes that promote healthy aging. “Nature doesn't want a shortage of vitamins to kill you,” Amies said. “So, what it does is a strategic rationing. When vitamin X is short, it puts it into those enzymes that need vitamin X, that are essential for survival and reproduction. The enzymes that are more long-term, such as enzyme protections in cancer, get less.”

The phenomenon might play a role in a variety of conditions related to aging, he said.

Ames says he sees potential for people to be able to manage their aging processes better as self-quantification technology improves. “I think in 10 years, we'll all put our finger into a machine and you’ll be able to look at shortages and see what vitamin and minerals you’re short on.  It will tell you to cut out a little a carbohydrate and sugary soft drinks and eat a balanced diet the way your mom told you to do,” Ames said.

While he does call the many supplements marketed for aging well “a lot of hype,” Ames said he is a proponent of dietary supplements as an amendment to a healthy diet. The advice from conventional medicine that eating a healthy diet is enough misses the reality of many Americans' eating habits, according to Ames. “They say just eat a better diet, but people aren’t and it’s hard to get people to change their diet,” Ames said. “So I have nothing against pills. They’re cheap.”

Ames takes additional issue with conventional medical research into nutrition. He notes that doctors receive little education in nutrition, and points out that too many highly publicized studies of nutrition produce negative results because the “drug-trial” model is inappropriate for the subject. “Don't keep on publishing these stupid clinical trials thinking that a nutrient is a drug,” Ames said.

The cumulative effect of the studies and the associated headlines confuses consumers, and may dissuade them from trying supplements, Ames says. “There’s a lot of noise.”

Researchers pile on the evidence: Eat your greens (and blues)
Jan 26, 2018