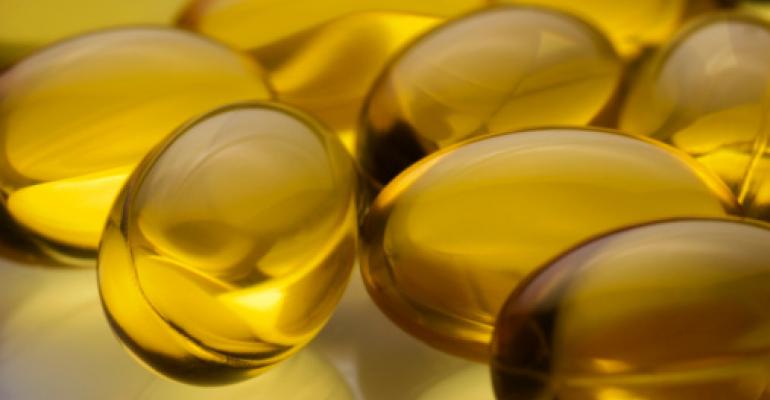 Caveats abound, but the fundamentals remain clear: EPA and DHA are beneficial for cardio health.

What a landmark weekend for omega-3s!

For supplements companies and retailers that want to talk to their customers about it, caveats abound. It’s not just as easy as saying “Fish oil is good for heart health"–although that much is true.

This is particularly important because the mainstream media was split on its interpretations of the VITAL study. For example, NPR focused on topline results that showed the fish oil did not reach statistical significance in reducing the risk of major cardiovascular disease events. But the Washington Post saw the truth of the matter in the more than 25,000 subjects taking 2,000 IU vitamin D and 1,000 mg omega-3 fish oil concentrate containing 465 mg EPA and 375 mg DHA for more than five years.

The VITAL study, which stands for VITamin D and OmegA-3 TriaL, was presented at the 2018 American Heart Association Scientific Sessions on Saturday, Nov. 9, and simultaneously published in the New England Journal of Medicine. Almost a 30 percent reduction in heart attacks in the fish oil group compared with placebo (145 vs. 200 in the placebo group).

“The study reaffirms the safety of both vitamin D and omega-3 fatty acids, and does not change decades of research showing how critical vitamin D and omega-3 supplementation are for overall health,” said Duffy MacKay, N.D., senior vice president of scientific and regulatory affairs at the Council for Responsible Nutrition. “Vitamin D plays an important role in bone health, immune function, and maintaining cardiovascular health in adults. Omega-3 is essential to cardiovascular health, prenatal health and cognitive health.”

The major cardiovascular disease (CVD) events were specifically defined as the composite of myocardial infarction (AKA, heart attacks), stroke and cardiovascular disease deaths. VITAL also looked at total invasive cancer reports in people who did not have a prior history of these illnesses. This is the first large-scale primary prevention trial—subjects included 25,871 men and women—looking at heart disease as an outcome.

Bottom line: A fish oil concentrate containing 1,000 mg of the omega-3s EPA and DHA—products of which you sell on your store shelves—is amazing for preventing heart attacks, is fantastic for those who do not eat two dinners a week of high-omega fish like salmon, and is a positive life-saver for African-Americans. Note: This is 1,000 mg of EPA and DHA, not to be confused with 1,000 mg of total omegas. Even a high concentrate of 1,000 mg total omegas might contain only 850 mg of EPA + DHA.

In the other major study, called REDUCE-IT, researchers found a 25 percent cut in major adverse cardiovascular disease events after five years in those taking also taking statin drugs compared to the group that took just the statins.

The caveat in this study was that it was a decidedly pharmaceutical-size dose—4,000 mg/day—and only used the omega-3 EPA.

There are only a small handful of supplements where consumers could get that high a dose of EPA without going through an entire bottle in a week.

The SFH brand perhaps comes closest, with a single teaspoon containing nearly 4,000 mg total omega-3s, of which 2,530 mg is EPA and 1,035 mg is DHA. Trusted oils leader Barlean’s has a new high-potency fish oil that contains 1,500 mg of omega-3s per tablespoon, of which 910 mg are EPA and 590 mg are DHA. You’d need quite a few tablespoons to get that dose.

The following results from REDUCE-IT were statistically significant when the treatment group was compared to placebo:

“I think the success of REDUCE-IT is a success in principle for the omega-3 field,” said William S. Harris, PhD; President of OmegaQuant, LLC and Research Professor, Department of Internal Medicine, University of South Dakota, Sioux Falls, SD. “It supports the general view that, if people get their omega-3 index high enough, there will be clear health benefits. But dose is a big deal – probably a bigger deal than EPA vs DHA."

Talk about the omega-3 index

What is the omega-3 index exactly anyway? Harris published research back in 2004 demonstrating that an omega-3 index greater than 8 percent was cardioprotective, whereas an index lower than 4 percent was least supportive of cardio health.

The Omega-3 Index measures EPA and DHA content expressed as a percent of total fatty acids in the blood. Follow-up studies conducted by Harris validate the omega-3 index hypothesis that levels between 8-12 percent are cardioprotective while those under 4 percent spell trouble. A 2017 study found patients who moved their omega-3 index numbers from less than 4 to more than 8 had 30 percent fewer fatal coronary heart disease deaths.

Omega Quant offers a diagnostic test, which costs $39.95, that entails a finger prick for a couple drops of blood, which will give a report on a person’s omega-3 index. Absent a test, in general something above 1,000 mg/day of the omega-3s EPA and DHA might be “in the ball park of a cardioprotective dose,” said Harris. But people vary so much in both their starting omega-3 index level and in their response to supplementation, that blanket recommendations for a dose are difficult to make. I’d simply recommend that they take enough DPA/DHA to get their omega-3 index above 8 percent, and then keep taking that dose to maintain it.”

So, this is an opportunity to talk with your customers about their baseline omega levels, and what they can do to bring it up to par that can help them optimize their cardio health for the rest of their healthy lives.