HomeProducts and TrendsVitamins and SupplementsSpecial supplements for special diets
Recent
Latest
4 tips to get ahead of chemical concerns in packaging
May 20, 2022
7 CBD favorites in the increasingly popular gummies format
May 20, 2022
Mission MightyMe helps parents introduce allergens to babies
May 20, 2022
UNFI's Eric Dorne to step down as chief operating officer
May 20, 2022
Trending
Whole Foods' honors 30 companies with 10th annual Supplier Awards
May 18, 2022
Sponsored Content
The rise of sustainable business – eGuide
Sponsored Content
Getting ready for 2023: Trends for brands to consider
May 17, 2022
Sponsored Content
Unboxed: 7 plant-forward ice creams to stock this summer
May 10, 2022
Natural Foods Merchandiser
brought to you by 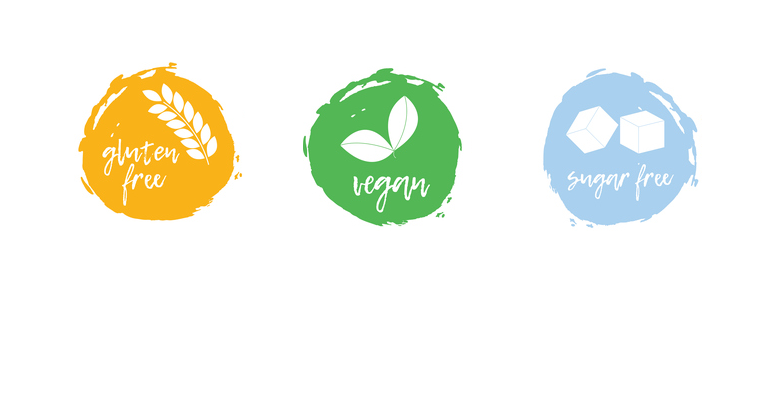 Help your shoppers who are avoiding certain ingredients or following special diets find the right supplements.

Gluten free, vegan, low glycemic. Seems as though everyone has a dietary preference these days. And sometimes it can be difficult to find the right supplement to fit a customer’s needs. The key, as obvious as it might seem, is to read the fine print on a label, and to ask questions if the details aren’t clear.

Over the past couple of decades, supplement companies in the natural foods industry have cleaned up their act, getting rid of most problematic ingredients. "That’s great news for careful eaters and people with food allergies," says Ron Hunninghake, MD, of Wichita, Kansas. "It’s easy to find supplements that complement the many dietary habits people have."

Years ago supplement companies commonly relied on lactose or sugars as binders and fillers. Following consumer demand, they reformulated products, and now you’ll find far fewer of these unwanted ingredients, at least in the brands sold in natural food stores. According to the Nutrition Business Journal, gluten-free supplements were estimated to reach $14.4 billion in sales in 2016, double the revenue of 2012. Similarly, diabetes-related supplements have seen steady growth, reaching $1.4 billion in sales in 2014. Supplement users who follow vegan or vegetarian diets generally know they need to add vitamins and minerals, particularly vitamin B12 and enzymes.

Here’s the lowdown on what to look out for—and some common pitfalls to avoid.

Gluten-free supplements. It’s easy enough to eat gluten free at home, but customers risk bumping into trace amounts of gluten in restaurants. This is where supplemental dipeptidyl peptidase IV (DPP-IV) can help. DPP-IV is an enzyme that breaks down gluten. It won’t protect against a pizza or bowl of pasta, but it will likely counter small amounts of gluten, such as in soy sauce.

Most supplements don’t contain gluten, but read the label carefully anyway. Wheat free isn’t the same as gluten free. And some whole-food supplements might contain barley, rye, or wheat—all of which contain gluten. Don’t use wheat germ oil because small amounts of gluten pass through the oil-extraction process. And vitamin E? Don’t sweat it. Virtually all natural-source vitamin E now comes from soybean oil, so gluten shouldn’t be a problem.

Fish and krill oils are derived from sea creatures, but the omega-3 fats are now available from vegetarian sources. Vitamin D2 is made from fungi, and most vitamin D3 is produced from sheep lanolin (the oil found on sheep wool). However, some companies now sell lichen-source D3. Bone meal and some (but not all) digestive enzymes come from animal sources.

Strict vegans remain at risk for multiple vitamin and mineral deficiencies, including vitamin B12, zinc, selenium, iodine and amino acids (which the body uses to make protein). Vegetables are poor sources of vitamin B12, and plants contain phytates, which reduce the absorption of minerals. Have customers consider shoring up micronutrient intake with a quality multivitamin/multimineral supplement.

Blood-sugar management. With an estimated 100 million Americans prediabetic and another 30 million with type 2 diabetes, controlling blood sugar has gained a major focus. A low-carb diet is crucial, but supplements can provide an edge. Silymarin, an extract of the herb milk thistle, has been shown to lower blood sugar and other markers of prediabetes and type 2 diabetes. Chromium is needed for normal insulin function. And so does high-dose biotin, a B vitamin that regulates genes responsible for carb breakdown. Dose: 200 mg of silymarin three times daily; 500 mg of chromium twice daily; 5,000-10,000 mcg of biotin daily.

Grubhub offers look at nation's most popular ways of eating
May 11, 2017