Supplements do good with fair trade 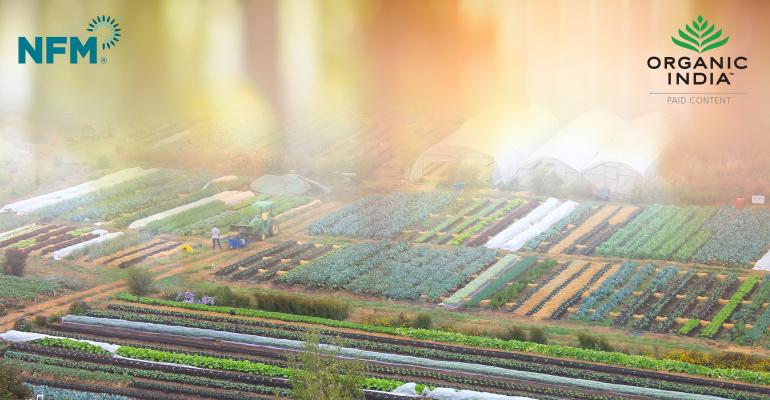 Consumers are embracing this certification as part of conscious consumption.

The supplements world continues to evolve, focusing more and more on clean labels, transparency and mission. As a result, and with the continued growth of dietary supplements, the fair trade conversation is becoming an important one.

In a recent study published by New Hope Network, more than half of millennials said they look specifically at fair trade and fair labor issues when making purchases. Consumers not only want to know that the employees in the stores where they shop are treated well, they want to know that the workers making the products they are buying are also shown consideration. “Millennials are thinking about where the product is coming from, and who is producing it,” says Mary Linnell-Simmons, director of marketing at Fairtrade America. “Local is big, but we don’t produce a lot of coffee or tea in the U.S. How are products that are not being produced in the U.S. being produced?” she continues.

“Certi­fications such as Fairtrade offer an explanation,” adds Linnell-Simmons, “and more consumers are now understanding that and seeking out the label.” While fair trade started with coffee at a time when prices dropped so low that it didn’t make ­financial sense to bring crops to harvest and farmers were abandoning their ­ fields, the concept has branched out into other foreign or imported agriculture products such as tea, fresh produce and cotton. Key bene­fits include ensuring farmers are supported and able to make a living, even when there is volatility in pricing around a crop. It’s also about eradicating practices such as child labor. Although consumer recognition of the Fairtrade label is largely associated with coffee, more retailers and brands are taking its mission to heart. The number and types of products bearing the Fairtrade seal is steadily increasing. Organic India, an herbal wellness brand that already offers Fairtrade America certified teas, introduced the first ever Fairtrade certified herbal supplements – including Holy Basil (Tulsi), Ceylon Cinnamon, Ginger and Trikatu.

“Twenty years ago, Organic India saw the same pattern happening with tea that had been seen with coffee. In some cases, farmers would decide not to farm because the prices had been driven down so low,” says Kyle Garner, CEO of Organic India. “Fair trade was a way to protect against this, ensuring that farmers had a reason to grow these crops. We were investing in our farmers in addition to paying them a fair wage. Fair trade is a way to expand the conversation.” 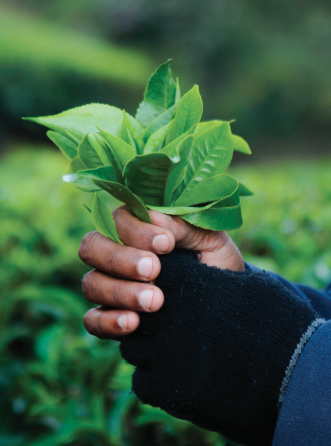 Brands that commit to fair trade practices are having a profound impact. In addition to farmers and laborers receiving fair wages, with the Fairtrade America certi­fication a premium is paid on top of the market price to an organized group of producers or a cooperative. “The money can be used for community projects or any other initiative the group chooses,” explains Linnell-Simmons. But the important thing here is that the group has a democratic vote on how to use this money. “It’s not about organizations in northern countries telling people in the south what to do. It’s about empowerment. There is no stipulation by brands as to what they have to do, it is what the community wants to do or needs. But the fact that everyone gets a vote means that everyone gets heard... Now, women farmers have more of a say than what they had before.” Communities can use the money to build a bridge or water well, or if it’s been a tough year they can pay themselves a stipend. Garner recalls a community that voted to put in solar lights so that when workers came back from the ­fields after dark they could cook at night and help their children do their homework. “We don’t live there, so we support things that the community needs that we don’t think of.” Linnell-Simmons recalls another cocoa growing community in Ghana, where the women used funds to set up a radio program so that people could have more engagement in their community and work better collectively.

These are important stories that retailers can help tell in partnership with their brands. And although Fairtrade Certi­fied products aren’t always ones you would naturally form an endcap around, Linnell-Simmons says retailers are ­finding that the more fair trade products they put out and the more they call attention to the certi­fication, the higher their sales are and the more they can tout it as part of their sustainability report. “It’s a win-win,” Linnell-Simmons says. “Are the farmers getting a fair price, can they send their kids to school and invest in their communities? At the end of the day, it’s all about getting a fair deal for the people who grow these products.”