HomeProducts and TrendsVitamins and SupplementsThere’s more than one way to hop on the hemp bandwagon
Recent
Latest
Innovation at Milkadamia is a weekly exercise
May 27, 2022
Sponsored Content
Are there potential carcinogens swimming in your biobased laundry detergent? – article
Rowdy Mermaid disrupts functional beverages with science-based innovation
May 26, 2022
Monitor: Environmental claims confuse consumers—even natural shoppers
May 26, 2022
Trending
Getting ready for 2023: Trends for brands to consider
May 17, 2022
Natural beauty market trends
Jun 16, 2021
The Planting Hope Company aims to prove gender equity leads to success
May 23, 2022
Podcast: What brands need to get on shelf at Fresh Thyme Market
May 24, 2022 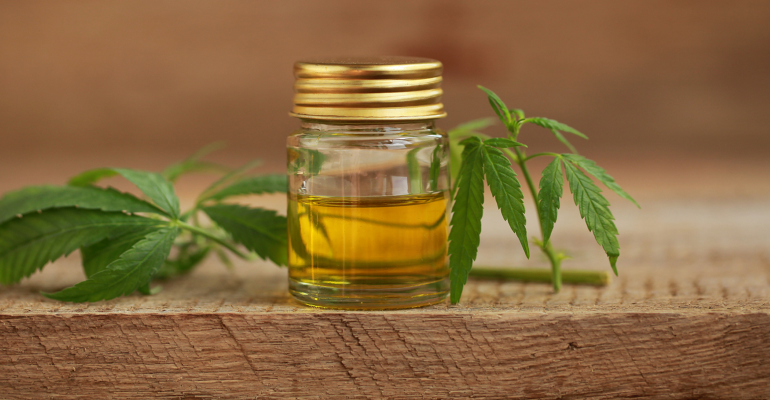 CBD pioneers and startups alike all seem to be finding success—if they’re careful.

Hemp oil extract supplements leader CV Sciences pioneered the CBD space back in late 2010 when, thanks to the laissez-faire attitude of the Obama administration, medical marijuana began booming. When Colorado legalized adult-use recreational marijuana in 2012, CBD was still an underappreciated cannabinoid. And hemp could still not be grown in America until the 2014 Farm Bill legalized it.

So CV Sciences began establishing relationships with hemp growers in Holland, who would send the plant to Germany for extraction using high-quality supercritical CO2 methods, and then would import the oil into the States.

Related: Here’s the legal strategy for keeping CBD on shelves

At the same time, CV Sciences is investing in agricultural institutions in Kentucky, which along with Colorado are the country’s agricultural hemp leaders.

“It’s been a good year,” said Stuart Tomc, CV Sciences’ vice president of human nutrition, who formerly worked in the trenches at supplements fish oil leader Nordic Naturals—no small distinction, because startups in the CBD space that came from the pot world are much more likely to get sanctioned by the FDA for violating supplements rules around labeling and claims language. “We’re in only 25 percent of natural stores. We have a long way to go.”

The CBD industry grew by 61 percent in 2016, according to Hemp Business Journal. It will reach a market size of $358 million in total sales by the end of 2017 for combined hemp-derived and marijuana-derived CBD.

What’s particularly interesting about the CBD—err, hemp oil—supplements market is that states like Colorado and California, which culturally are leaders in marijuana, are not the leaders in CBD. Guess who is?

“We’ve had more success in the Bible Belt in the south than any other region,” said Tomc. “That’s fascinating. That’s paradoxical in so many ways. Savannah, Georgia, you’d never think that was an area so respected for something associated with something so sinister. Colorado has been the low-hanging fruit but it has not been successful for us.”

However, it could well be that Colorado has not been a success story for CV Sciences because there are so many home-grown (ahem) companies in Colorado also playing in the hemp oil extract business.

NuLeaf Naturals is one such company. Started in Colorado in 2014 by a couple of Millennials, the company’s “ambitious goal is to become a national brand,” said CEO Jaden Barnes. “Choppy waters keep the big guys out and give the little guys space to grow.”

They’re doing it with a quality-conscious imperative similar to CV Sciences—organically grown (but unable to be certified as such), cold-pressed hemp oil, with no additives or preservatives.

Unlike CV Sciences, the Colorado company gets its crop locally. Like CV Sciences, it has contracts with farmers that provide the extracted oil, then NuLeaf goes about the business of manufacturing, product development, formulation, marketing and sales.

The hemp that NuLeaf sources from is grown from clones, which help standardize the chemical makeup of the finished product, and also maximizes the cannabinoids. That leaves a resin content per plant at between 16 and 19 percent, said Barnes, compared to European plants that are closer to 6-9 percent resin. That means NuLeaf uses less plant content to meet its CBD level.

Another Colorado startup, PurePower Botanicals, is going after the hemp oil green rush in a way that seems to be the new way forward—using hemp oil as a formulation foundation along with other botanicals that, on their own, would be a perfectly legitimate botanical supplement.

“Our strategy behind combining botanicals, including hemp oil,” said company co-founder and CEO Don Mclaughlin, “is based on the known synergistic and positive physiological effects of particular botanical combinations. Certain botanicals activate receptors inside the body, which enables other botanicals to more effectively enter and impact the body.”

The lessons learned so far include not making illegal drug claims but sticking to supplement-style structure/function claims, testing to make sure products match label claim with the contents therein, moving away from calling products “CBD” but going with the more generic “hemp oil,” and even combining with other botanicals so a product could stand on its own as a quality supplement even in the absence of hemp oil.