HomeProducts and TrendsVitamins and SupplementsUnboxed: 5 mushroom supplements for immunity and vitality
Recent
Latest
Getting ready for 2023: Trends for brands to consider
May 17, 2022
EXPO VIDEO: How did a young sparkling water brand get licensing deals with Marvel and Disney?
May 16, 2022
Beyond Meat's product launches lower Q1 profits
May 16, 2022
Sponsored Content
Exploring the CBD gummy revolution – article
Trending
Debra Stark’s light shines bright on natural products industry
May 10, 2022
Unboxed: 7 plant-forward ice creams to stock this summer
May 10, 2022
Hemp CBD industry struggles so far in 2022
May 10, 2022
Monitor: Consumer research on collagen shows how much education is needed
May 12, 2022 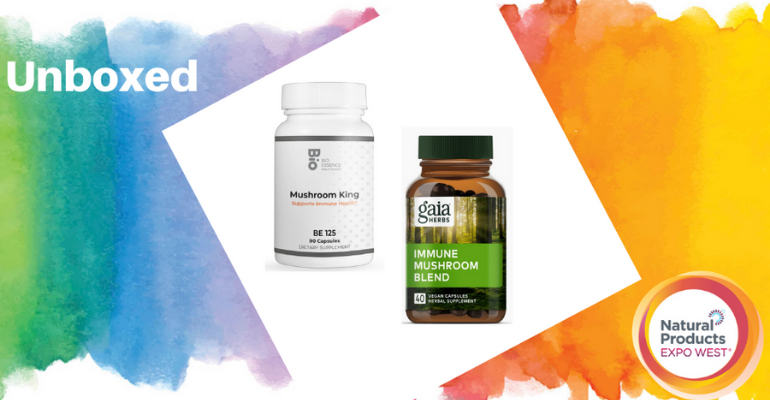 Start Slideshow ›
Mushrooms have caught on in a big way. These supplement blends bring the power of fungi to various health applications.

Mushrooms for medical or health reasons are positively booming. These “third kingdom” (i.e., neither plant nor animal) fungi have captured the imagination of a public that is seeking ever more nutrient-dense whole foods to supercharge their lives.

Mushrooms are low in calories, high in fiber and filled with vitamins and minerals.

Depending on the species, some are loaded with immune-enhancing saccharides such as beta-glucans, others help with cognitive function and some have been used traditionally in China for thousands of years to help users age gracefully, extend their lifespans or simply boost overall health and vitality.

There’s a debate going on with regard to whether it’s best to use just the above-ground, traditional fruiting bodies or the nouveau mycelia—basically, the fibrous root system that binds mushrooms in a forest as one singular organism. Most mushrooms using mycelia are grown in controlled indoor facilities.

What is clear is that natural retailers must hop on the mushroom bandwagon! Here are five new mushroom supplements to help meet the sustained shopper buzz for ’shrooms.