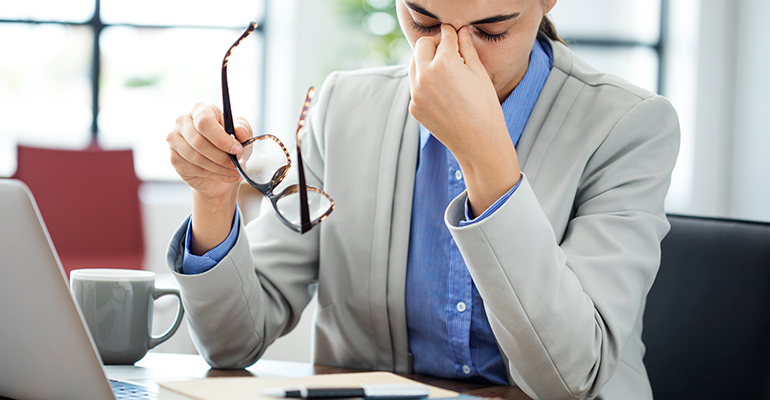 Start Slideshow ›
Repeated long stretches of screen time have taken a toll on the average consumer's eyesight. Luckily, studies have shown that certain supplement formulations can alleviate this damage, and even promote better sleep and reduced eye strain. Check out five of our top eye health supplements that have been scientifically proven to keep eyes healthier, longer.

The vision-health category of supplements was wholly unremarkable until the 2001 AREDS study, which used a combination of antioxidants that reduced the risk of progression to advanced age-related macular degeneration (ARMD).

But nobody cared about ARMD, and no sales followed.

In 2013, the AREDS2 study found success with ARMD with the macular carotenoids lutein and zeaxahthin.

But nobody cared about ARMD, and no sales followed.

In 2017, however, researchers used lutein and zeaxanthin to assess visual health and performance—those on screens at least six hours a day after six months experienced reduced eye strain and fatigue, even improved sleep quality.

The blue study used the proprietary formulation called Lutemax 2020, which contained 20 mg lutein and 4 mg zeaxanthin. (Follow-up studies have found increases in the macular pigment optical density at doses of 10/2 and even 6/1.2 mg, respectively.

Blue light is the very light spectrum that is emitted from digital screens–the very one you’re looking at right now.

Now that made people sit up and take notice, and supplement companies have responded with potent eye-health formulations. Here are five magnificent macular protectors.