HomeProducts and TrendsVitamins and SupplementsVision for the ages
Recent
Latest
Innovation at Milkadamia is a weekly exercise
May 27, 2022
Sponsored Content
Are there potential carcinogens swimming in your biobased laundry detergent? – article
Rowdy Mermaid disrupts functional beverages with science-based innovation
May 26, 2022
Monitor: Environmental claims confuse consumers—even natural shoppers
May 26, 2022
Trending
Getting ready for 2023: Trends for brands to consider
May 17, 2022
Natural beauty market trends
Jun 16, 2021
The Planting Hope Company aims to prove gender equity leads to success
May 23, 2022
Podcast: What brands need to get on shelf at Fresh Thyme Market
May 24, 2022
Natural Foods Merchandiser
brought to you by

Vision for the ages 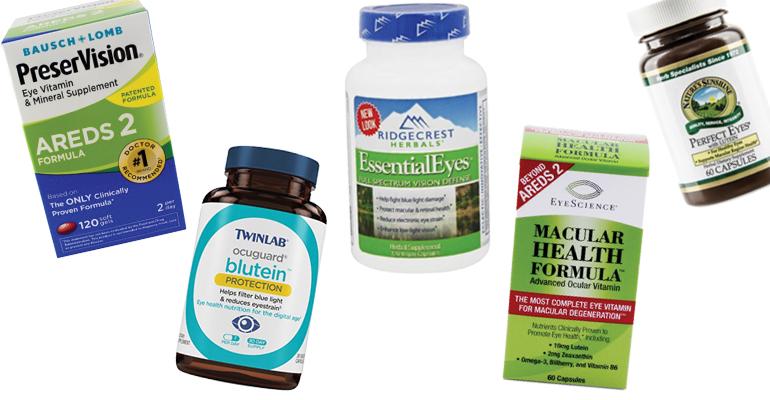 Take a look at nutrients that may protect eyes from long-term damage.

Digital devices have transformed life, mostly for the better, but in one apparent way for the worse. Staring at screens, as pretty much everyone does, can lead to eyestrain and fatigue, headaches, poor sleep quality, and from the looks of emerging research, earlier-onset blindness from age-related macular degeneration.

The good news is, you can change this trajectory with nutrition—specifically macular carotenoids and in particular lutein, zeaxanthin and meso-zeaxanthin. These nutrients accumulate in the eye’s macula, a filter in the back of the eyeball that protects the eye from shortwave “blue light” emitted from smartphones, TVs and LED lightbulbs. Supplementation has been shown to increase macular density, thereby improving visual acuity and the ability to see better in low light. Blue light also leads to age-related macular degeneration, the leading cause of blindness in those over age 65—and increasingly those over age 60.

A landmark 2017 study published the scientific journal Foods followed a healthy, young population that just happened to be doing what everyone you know does—staring at their digital devices more than six hours a day. Researchers found that supplementing with 24 mg per day of the macular carotenoids lutein, zeaxanthin and meso-zeaxanthin increased the density of the macular pigment in the eye by an amazing 30 percent. Six months of supplementation resulted in fewer headaches and less eyestrain and eye fatigue, and even helped with sleep complaints, compared with those taking a placebo.

“The effects of blue light on vision aren’t new,” says lead researcher James Stringham, PhD, of the University of Georgia. “[But] this supplement result points to how we can slow down even early-stage age-related macular degeneration and keep disease at bay. This is really exciting.”

The study has huge implications because the results offer a simple solution to protect the eyes in the digital age. It also highlights the widespread, urgent need to protect eyes, which used to be a concern only among the elderly but now includes everyone from toddlers with an iPad to teenage gamers and office professionals who stare into various screens for hours on end.

Food sources of macular carotenoids include dark leafy greens, egg yolks, peas and corn tortillas. The amount of macular carotenoids used in the Foods study is equivalent to two big bowls of spinach every day, said Stringham. That’s a lot of salad, so another answer is to take a supplement with at least 10 mg lutein and 2 mg zeaxanthin—if not double that amount. The 2017 study used 20 mg and 4 mg, but earlier reliable studies found positive results with 10 mg and 2 mg.

The AREDS2 study, published in 2013, swapped out beta-carotene for the macular carotenoids lutein and zeaxanthin, plus the omega-3s DHA (350 mg per day) and EPA (650 mg per day). It found benefit with the macular carotenoids but not with the omega-3s. Researchers suggest this might be because of higher baseline levels of omega-3s in subjects, so the jury remains out on omega-3s for eye health, because other studies show a positive correlation.