Why supplements companies should stop ignoring the HIIT trend 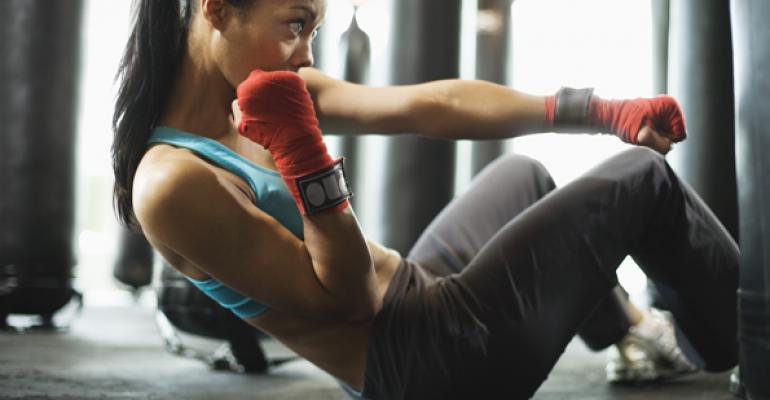 High-intensity interval training (HIIT) is the hottest thing in sports, but the nutrition industry isn’t targeting the trend with products.

Those who know high-intensity interval training (HIIT) firsthand know at least one thing: it hurts.

The average person who hears about HIIT may not even know what it is, but even so, the supplement industry should know a lot more than it does.

HIIT could be called both the hottest and hardest trend in fitness. Known for the brutal nature of its high-heart-rate model and the exponential effectiveness of its time-compressed workouts—one claim held that people doing HIIT workouts lose nine times as much fat as people doing steadystate cardio—HIIT is a regular feature in fitness stories in the New York Times and other major news outlets.

A search on pubmed.com turns up mentions in 1780 published studies. Orange Theory, the most public manifestation of the HIIT movement, had 61 locations five years ago. It now has nearly double that many in California alone and hundreds more across the United States and in 20 other countries, with legions of “Orange Theory moms” among its disciples.

And yet, though Amazon has 442 books explaining HIIT, only 14 supplements come up in a search for “HIIT” and “supplement.” Only one of those has HIIT in the product name: HIIT Aminos from 1 Up Nutrition. But just because it looks like a white space, does that mean it is?

A number of factors might stand between the legions of fitness seekers sweating through nearly unbearable intensity and an ideally formulated and marketed product. The kinds of people who seek out this suffering may simply not be the people who are turning to supplements, at least not anything more complicated than a scoop of protein powder in their smoothie.

It could be a matter of HITT adherents perhaps never being exposed to the right ingredients in the right packaging. Companies may not want to get trapped in a niche when their product could sell across a broader range of athletic pursuits. Or perhaps the supplement industry hasn’t yet awoken to the potential.

Sports nutrition industry consultant Anthony Almada is surprised how long it took the exercise world to wake up to HIIT. He remembers being at Muscle Media 2000 magazine in the early 90s when the first studies started showing up. The potential for better results in less time, though with more suffering, seemed enough to make it the next big thing. “The time it took for it to be truly commercialized and branded is shocking,” Almada said.

Now he’s shocked that nutrition companies aren’t jumping on the trend. “I haven’t seen anyone, not even inside Orange Theory [Fitness], put together products,” Almada said.

The formulations would not need to be complex, and a drink may be the best fit, Almada says. Caffeine is an obvious and ubiquitous ingredient for high-intensity exercise, but there would also be room for a nitrate source like beetroot powder, he explains.

“There are a number of things that you could put together that could improve your performance in a HIIT bout.”

Canada-based Fitness Coach Dave Smith would add glutamine, but the main ingredient he might add is education.

Many people cannot put in as much effort as a peak HIIT workout requires without feeding their body what it needs to recover from the intensity. “I think the average Joe or Jane who is going to Orange Theory three or four times a week, they are just setting their body up to break down,” Smith says. “You just can’t handle that.”

Smith says he works with a lot of women and they are often unaware of the value of supplements, even though the women signing up for HIIT regimens are working their bodies hard enough to need them. The supplements he sees in women’s magazines are metabolic boosters and not the sort of recovery ingredients he’d recommend for people doing HIIT. The demands are also a troubling fit for people who might also be trying to lose weight, especially the low-carb crowd.

“Eating a salad during the day and then doing a crazy workout at night, that’s a dangerous formula,” Smith says.

Education, however, means more than constructing a message. It also means delivering it. Sports nutrition science consultant Chris Lockwood has worked with magazines and other media in the fitness world for decades, and he wonders how a brand targeting the HIIT phenomenon would reach consumers. Some of the main platforms for reaching consumers with sports nutrition messages don’t work for the intervals and intensity contingent, he says. “If you’re into CrossFit or endurance and you’re doing HIIT, you’re not going to bodybuilding.com.”

They are not stumbling over it in the course of their athletic pursuits either, he notes.

“In cycling and endurance, your gym is the outside world, so you’re not going to be exposed to the new products,” Lockwood says. And, put simply, “endurance athletes just don’t buy as many products.”

That doesn’t mean they wouldn’t if they knew more, Lockwood says. “I think there’s a market. There’s just not a voice to help people walk down that path.”

Compound Solutions CEO Matt Titlow echoes some of Lockwood’s cautions. “There is no GNC for Orange Theory or CrossFit,” Titlow says. “How do you get Orange Theory people to buy this? I think it’s Amazon or Costco.”

Titlow isn’t exactly surprised at the low number of HIIT-branded products, but he’d like to see somebody picking an ingredient out of the Compound Solutions quiver, something like Peak02 or TeaCrine that could be a good fit for HIIT, but he’s seen other companies like Human struggle to figure out an avenue to reach the intervals contingent. “There’s no outlet for these guys.”

For Tyler McGlasson, senior specialist for regulatory compliance and science at Bodybuilding.com, it’s not so much a lack of product as a lack of a specific problem with a specific solution.

Everything that could benefit somebody focusing on HIIT could benefit athletes across a wide spectrum of disciplines. “To my knowledge, there are not a lot of ingredients that would improve performance for HIIT but not other kinds of exercise,” McGlasson says. Narrowing the focus on a product with a broad appeal makes little sense, he contends. Research is too expensive to limit the scope before you even start. “You want to make it so what you find is applicable to as many people as possible.”

Shaheen Majeed’s Sabinsa has paid for a study that could fit well with HIIT, but that doesn’t mean Sabinsa is suggesting putting “HIIT” on the label for client brands.

Last year, the company announced that its digestion-focused DigeZyme product was effective at delaying muscle soreness, an effect that would seem ideal for people who push hard and then want to be ready to push hard again the next day. But there is a difference between a fit that’s good and a fit that’s too tight.

“We don’t want to be stuck in one regimen,” Majeed says.

The HIIT crowd is also looking at different end goals than the bodybuilding crowd, goals that don’t always dovetail precisely into the physique-centric world of sports nutrition. “There’s nothing buff about high-intensity interval training,” McGlasson says.

Another issue McGlasson notes is that perhaps the primary limitation on HIIT training has nothing to do with nutrition.

“At the end of the day, if you want to push hard, you can probably push a little bit harder,” he says. “So much of it is in the exerciser’s mind.”

The rise of the ready-to-drink functional sports beverage
Nov 27, 2018