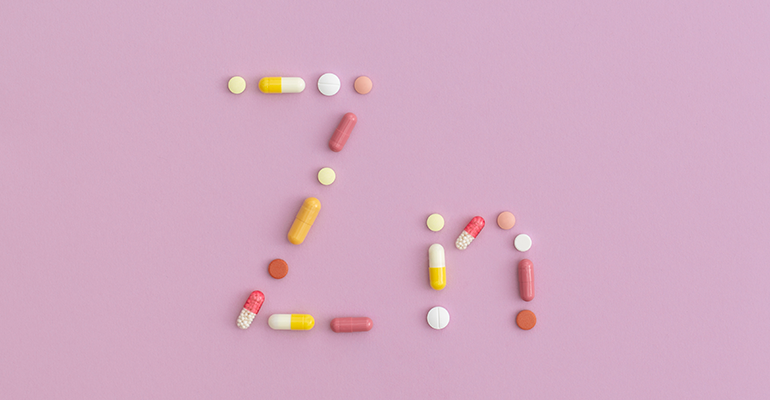 Retailers have a new talking point with customers interested in immunity supplements.

Immunity supplements are becoming the new multivitamin among today’s consumers in a COVID-19 world. With the explosion of new immunity SKUs flooding the market, what should retailers look for on Supplements Facts panels, and what should they talk with shoppers about?

A new published study shows zinc picolinate at 10 mg, 25 mg and 50 mg per day all work to “prevent and mitigate” the SARS-CoV-2 coronavirus.

Related: Monitor: COVID-19 has provided a long runway for the supplements boom. But sell it right

A comorbidity is an underlying disease state beyond COVID-19—in this case, the leading such health conditions that lead to worse COVID-19 outcomes are obesity, diabetes and cardiovascular disease.

“Despite the lack of official recognition for the role of nutrition in the fight against COVID-19 infection,” concluded the researchers, from two Florida universities, “multiple groups proposed zinc supplementation as an adjuvant for the management of participants.”

There have been a total of 29 studies on more than 50,000 patients in 16 countries using zinc for COVID-19 patients. In summation, the studies show a statistically significant improvements for hospitalization, ventilation and death outcomes.

In the current study, the group taking the zinc may have been taking zinc supplements beforehand, including as part of multivitamins, whereas the control group had not been taking supplemental zinc at all. That may be the reason all three zinc dosages were found to be effective.

No participants receiving 10 mg of zinc picolinate developed COVID-19 symptoms, while one in each of the 25 and 50 mg zinc reported symptoms. The reported symptoms in the zinc group were cough, sore throat, low-grade fever and generalized fatigue.

In the control group, there were nine cases of symptomatic COVID-19 infections, with three requiring hospitalization and one died.

Honing in on zinc dosage levels

Researchers have hypothesized that zinc could reduce the severity and duration of cold symptoms by directly inhibiting rhinovirus binding and replication in the nasal mucosa and suppressing inflammation. In studies examining the effects of zinc on the common cold, zinc is usually administered in a lozenge or syrup that temporarily “sticks” to the mouth and throat, placing the zinc in contact with the rhinovirus in those areas. Zinc in lozenge or syrup form appears to reduce the duration, but not the severity, of symptoms when taken shortly after a person develops a cold.

In one randomized, double-blind, placebo-controlled clinical trial, 50 adults within 24 hours of developing the common cold took a zinc acetate lozenge (13.3 mg zinc) or placebo every two to three wakeful hours for as long as they had cold symptoms. In comparison with placebo, the zinc lozenges significantly reduced the duration of colds by 3 days and the severity of cold symptoms (cough, nasal discharge, and muscle aches).

A 2021 systematic review and meta-analysis included 28 randomized controlled trials (including the three described above) with a total of 5,446 participants (mostly adults younger than 65 years) who had a community-acquired viral respiratory tract infection or were inoculated with a rhinovirus.

Most trials provided zinc in the form of zinc acetate or gluconate lozenges at total daily doses of 45 mg to 300 mg for up to 2 weeks, but some trials used nasal sprays or gels. In participants who used zinc supplements, symptoms resolved an average of two days earlier than in those who received placebo. Symptoms on the third day were also milder in participants who used zinc, but average daily symptom severity did not differ between those who were and were not treated with zinc supplements.

The official Daily Value of zinc is 11 mg per day. The amount typically formulated in multivitamins ranges from 5 mg to 15 mg per serving.

Zinc toxicity can cause nausea, diarrhea and headaches. The official tolerable upper intake level of zinc for adults is 40 mg per day.

In the AREDS study of 3,640 patients, the 80 mg per day zinc intake was seen to increase urological problems.

This study suggests an immunity supplement could get by with only 10 mg zinc per serving to achieve possible efficacy, assuming zinc is taken elsewhere in a multivitamin supplement product. It also suggests probably no more than 30 mg per serving to avoid any possibility of toxicity concerns—especially if a product is suggested to be taken on the regular and not just acutely, which is seen as de rigeur in these COVID-19 times.

Paid Content
Support for every season: How to choose the right supplement for immune health with Jarrow Formulations – webinar
Sep 22, 2022