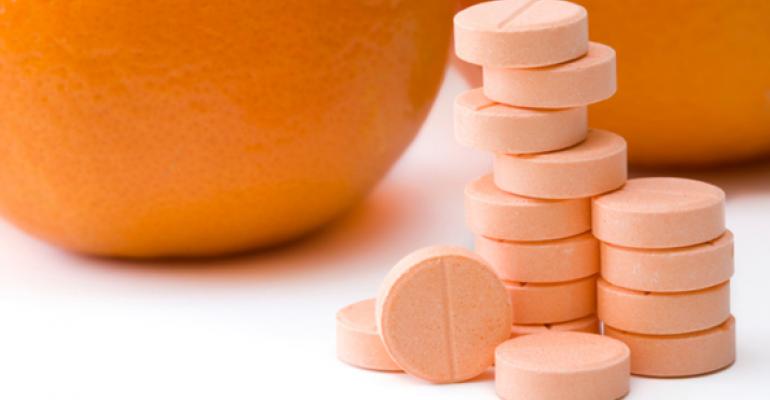 Vitamin C may slay tumor cells that carry a common cancer-causing mutation in mice, according to new research published online in Science.

If the results hold true for people, scientists may have found a way to treat a large group of tumors that has lacked effective drugs. It will also have Linus Pauling doing a jig in the great lab in the sky, as the Nobel prize-winning chemist was laughed to the fringes of medicine after championing the idea that vitamin C could combat a host of illnesses, including cancer.

"This [could] be one answer to the question everybody's striving for," molecular biologist Channing Der of the University of North Carolina, Chapel Hill, one of many researchers trying to target cancers with the mutation, told Sciencemag.org, in a post about the research. The study is also gratifying for the handful of researchers pursuing vitamin C, or ascorbic acid, as a cancer drug. "I'm encouraged. Maybe people will finally pay attention," vitamin C researcher Mark Levine of the National Institute of Diabetes and Digestive and Kidney Diseases commented in the post.

Last year, a small trial conducted by University of Kansas researchers found that a mega-shot of vitamin C may boost the cancer-crushing powers of chemo. Results of the small trial were published in Science Translational Medicine and noted on the BBC.

In the 1970s, Linus Pauling claimed that intravenously administered vitamin C helped fight cancer, but clinical trials of the vitamin given by mouth didn't support the chemist. It's since been shown that our bodies quickly excrete vitamin C when taken by mouth.