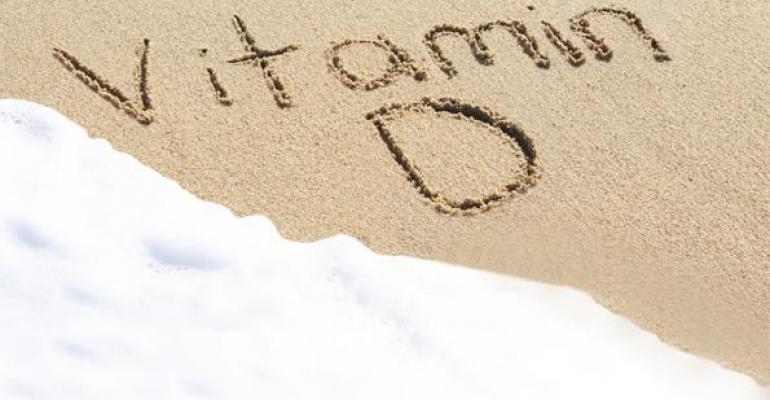 Vitamin D3 keeps women stronger (and upright) after menopause, according to a new study that adds data to the D debate.

A new study suggests that vitamin D3 may help women build muscle and fall less, even when taken a dozen years after menopause. As the debate about how helpful vitamin D is to postmenopausal women goes into extra scientific innings, a recent Brazilian study suggests that women who took the vitamin increased their muscle strength by 25 percent.

The study was presented at the 2015 Annual Meeting of The North American Menopause Society (NAMS) in Las Vegas.

At the end of the trial, the women receiving the supplements showed a significant increase (+25.3 percent) in muscle strength, while those receiving the placebo actually lost an average of 6.8 percent of muscle mass. The women who didn’t receive the vitamin were nearly two times as likely to fall.

"We concluded that the supplementation of vitamin D alone provided significant protection against the occurrence of sarcopenia, which is a degenerative loss of skeletal muscle,” Dr. L.M. Cangussu, of the Botucatu Medical School at Sao Paulo State University, one of the lead authors of the study said in a NAMS release.

"While this study is unlikely to decide the debate over Vitamin D, it provides further evidence to support the use of vitamin D supplements by postmenopausal women in an effort to reduce frailty and an increased risk of falling," said NAMS Executive Director Wulf H. Utian, MD, PhD, DSc(Med) in the release.