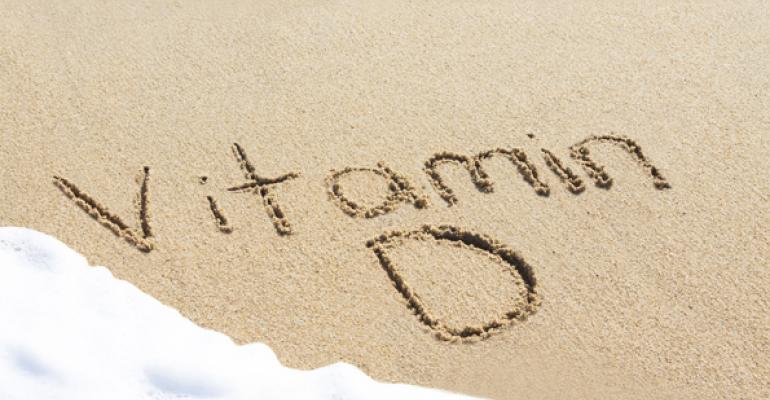 Men who pop the little blue pill might actually just need more vitamin D, according to new research presented at the annual meeting of the American Heart Association.

Johns Hopkins researchers found that low levels of the vitamin may be connected to erectile disfunction (ED), the latest disease to be linked to a D deficiency. Recently, other research has linked low levels of vitamin D to schizophrenia and diabetes, among others.

The researchers analyzed records from more than 3,400 men aged 20 and older who participated in a national Health and Nutrition Examination Survey between 2001 and 2004. Researchers found vitamin D deficiency, defined as vitamin D levels below 20 nanograms per milliliter of blood, in 35 percent of men with ED, compared with 29 percent without ED, according to a Johns Hopkins release about the study. Healthday.com also noted the research.

"Vitamin D deficiency is easy to screen for and simple to correct with lifestyle changes that include exercise, dietary changes, vitamin supplementation and modest sunlight exposure," the study’s lead investigator, Dr. Erin Michos, an associate professor of medicine at Johns Hopkins University School of Medicine, said in the release. “Checking vitamin D levels may turn out to be a useful tool to gauge ED risk,” Michos adds. “The most relevant clinical question then becomes whether correcting the deficiency could reduce risk and help restore erectile function.”

Both ED and vitamin D deficiency are individual markers of increased cardiovascular risk. The new findings highlight the systemic effects the vitamin has on vascular function, the researchers say.