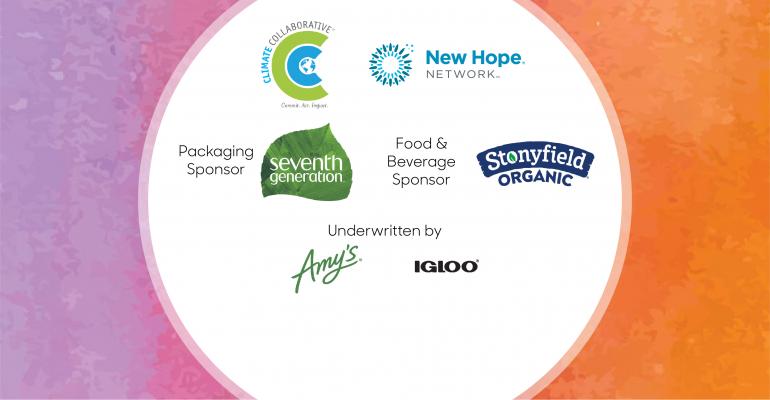 Moderated by the chairman and executive editor of GreenBiz, Joel Makower, we'll be talking about the role of business in responding to the climate crisis and the opportunity the natural products industry has to come together for a collaborative response.

During this time, we will also announce and celebrate climate leaders in the industry with the annual National Co+op Grocers Climate Collaborative Awards.

Joel Makower is chairman and executive editor of GreenBiz Group, Inc., creator of GreenBiz.com along with research and events on sustainable business and clean technology. He hosts GreenBiz.com’s annual GreenBiz forums as well as the VERGE conferences produced around the world by his company, and is principal author of the annual “State of Green Business” report.

For more than 25 years, Joel has been a well-respected voice on business, sustainability and clean technology. As a writer, speaker, and entrepreneur on corporate sustainability practices, he has helped a wide range of companies align environmental goals with business strategy.

A former nationally syndicated columnist, Joel is author or co-author of more than a dozen books, including The New Grand Strategy: Restoring America’s Prosperity, Security and Sustainability in the 21st Century, (St. Martin’s Press, 2016), about a business plan for America, born at the Pentagon, that embeds sustainability as a strategic national imperative.

The Associated Press has called Joel "The guru of green business practices." In 2012, he was awarded the Hutchens Medal by the American Society for Quality, which cited “his ability to tell compelling stories that both inform and inspire business leaders toward profitable action.” In 2014 he was inducted into the Hall of Fame of the International Institute of Sustainability Professionals.

Erin is the Director of the Climate Collaborative, responsible for management and execution of the Collaborative’s work, including all programming, communications, and outreach. Erin has a range of corporate campaigning and sustainability experience. She previously worked for CDP, managing corporate engagement for the We Mean Business coalition’s commitments campaign. In that role, Erin worked with hundreds of the world’s largest companies, industry groups and investors, supporting them in making leadership commitments on climate change. She has also worked in public relations and international development and earned a master’s degree in international relations and economics from Johns Hopkins University School of Advanced International Studies. She is based in Brooklyn, New York.

Over the past 30 years of Mariano Lozano’s career, he and his colleagues have devoted their lives to helping others, making their daily work meaningful to a purpose much greater than themselves. Health is one of society’s greatest challenges and Danone’s mission is to bring health through food to as many people as possible.

Mariano is the North American CEO of France-based Danone, a $30B food and beverage company. Mariano stewards the company’s North American commitment to social and economic progress, fulfilling his part in generating profitable, sustainable growth.

Rebecca Hamilton is a second-generation owner and co-CEO (Collaborative Executive Officer) at Badger, a natural and organic personal care manufacturer known for its unique company philosophy, pioneering family-friendly benefits, and B Corp community engagement. The Company has received numerous awards and recognition including New Hampshire’s Business of the Year, B Lab’s Best for the World and Environment, and landing a spot on Forbes’ Small Giants list.

In addition to her role as Co-CEO, Rebecca leads new product innovation and development, company-wide quality assurance and regulatory affairs, and sustainability initiatives.

An advocate for issues concerning the environment, ingredient transparency, and societal change, Rebecca is a member of the prestigious National Women’s Business Council, has spoken at the White House, addressed the UN Convention on Biological Diversity in support of organic and regenerative agriculture, testified before Congress on behalf of safer cosmetics, and attended Senate and House briefings on Capitol Hill in support of family-friendly workplace practices and chemical reform.

Rebecca also spearheaded the passing of Benefit Corporation legislation in New Hampshire, a for-profit status that incorporates the pursuit of positive environmental and social impact in addition to profit.

Joey Bergstein joined Seventh Generation in 2011 and, together with the Seventh Generation team, has been transforming its business, more than doubling revenue during this time, while fulfilling the company’s mission to incite a consumer revolution that nurtures the health of the next seven generations.  Following the sale to Unilever, Joey has been appointed CEO.  Growth is accelerating as is the company’s ability to impact millions of people around the world.

A graduate of University of Western Ontario’s Richard Ivey School of Business, Bergstein began his career at Procter & Gamble where he held marketing leadership roles over the course of ten years across North America and in Europe.  Since then, his career turned to beverages where Joey served as VP Global Business Development and then VP Marketing at Molson and finally at Diageo where as Senior Vice President of Global Rum, Joey led a global team that doubled the rum business to over $1 billion, transforming Captain Morgan into the fastest growing premium spirit brand in the world.