The Government Accountability Office released a new report criticizing the Food and Drug Administration&rsquo;s imported-seafood inspection program, finding the process lacking in its ability to catch residues of antibiotics and other unapproved fish-farm drugs. 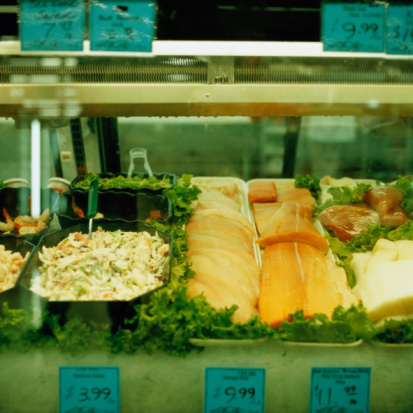 The GAO investigation focused on whether the FDA adequately screens for the remnants of antibiotics and other aquaculture drugs that aren’t approved in the U.S. because they can cause cancer, antibiotic resistance and other health problems. In general, the screening program isn’t up to snuff compared to the robust safety measures implemented by the likes of the European Union, concluded GAO investigators:

What this means for retailers, distributors and consumers

These findings may sound bleak, but Don Kraemer, acting deputy director for operations at the FDA’s Center for Food Safety and Applied Nutrition, said the safety net for foreign seafood is more robust than the GAO report suggests. “There is no reason to avoid imported seafood,” Kraemer said. “We have a great deal of confidence in our existing program. We really don’t believe that consumers, distributors or buyers need to worry about the safety of seafood in the U.S.”

Kraemer pointed out that the GAO report focused on isolated problems and did not take into account the full breadth of the FDA’s foreign-seafood oversight program, one that involves manufacturer inspections, importer regulations, countrywide assessments and regulatory actions to prevent high-risk foods from coming into the country. “It’s sort of like brick in a wall, if you will,” he said. “Our concern was that the GAO report was taking each brick individually and looking for flaws, and not really seeing how the whole structure is held together.”

That being said, Kraemer noted that the FDA generally agreed with the GAO’s recommendation that its foreign-seafood oversight program needs to be enhanced. He said the administration is already working on it thanks to the Food Safety Modernization Act, passed in January, which strengthens federal food-safety systems and allows the FDA to implement new tools such as using third-party certifications to determine which shipments should be fast-tracked because of exemplary safety standards and which should be targeted as potential offenders.

Still, Kraemer admitted that such enhancements are dependent upon the cash-strapped FDA scoring additional funding, a development that doesn’t appear likely. “We endorse the majority of the GAO report’s recommendations, but the FDA needs to be fully funded so it can implement them,” said Gavin Gibbons, spokesman for the National Fisheries Institute, the seafood industry’s trade group. “Handing an agency like the FDA unfunded mandates when they are charged with something as important as food safety makes no sense.”

In the meantime, it’s going to be up to retailers to take a good, hard look at where they’re getting their seafood, said Martin Reed, founder of I Love Blue Sea, an online sustainable seafood retailer. Make sure to work with importers who’ve partnered with programs like Seafood Watch, the sustainable seafood program run by the Monterey Bay Aquarium, and fisheries certified by the Marine Stewardship Council for sustainable fishing practices. And find alternatives to high-risk seafood, such as sourcing tilapia domestically or from Central or South America instead of China, where the fish is much more likely to be exposed to drugs.

“If you are careful about sourcing, you shouldn’t have to rely on the FDA to do it for you,” Reed said. “I would source from fisheries that have very good reputations. Most of them tend to be more sustainable, too, so it’s a win-win for your natural grocery store.”

Ready or not, FDA's NDI guidance could impact most supplement ingredients
Oct 01, 2010