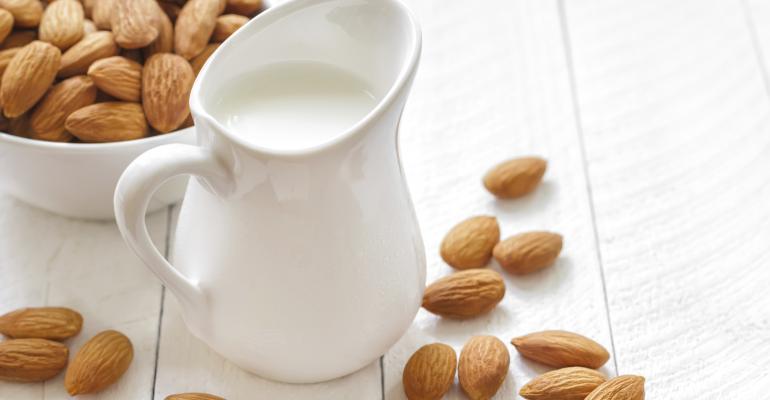 Waving a Silken banner, WhiteWave Foods reported net sales of its North America plant-based foods and beverages platform rose by 12 percent in the first quarter of 2014. Sales of Silk Almondmilk drinks shot up by 52 percent in the first four months of this year, compared to the previous period in 2013, reports Bevnet.com.

Overall net sales reached $830 million in the first quarter, representing a 12 percent jump in organic net sales growth (excluding results from Earthbound Farm, which WhiteWave acquired in January). The company credits the growth of Silk Almondmilk as a key driver of new sales.

According to WhiteWave, Silk Almondmilk is the leader among all almond milk products. Almond milk “now represents an estimated 66 percent of the plant-based foods and beverages category,” quotes Bevnet.com. The article notes that several market research firms view almond milk’s growing popularity over soy as a continuing trend.

Our love of almond milk is not entirely new, however. The stuff was big in medieval times, when it was a staple in kitchens lacking Frigidaires, where cow’s milk spoiled quickly.

How COVID-19 launched immunity to a year-round business—and what comes next
Nov 04, 2021