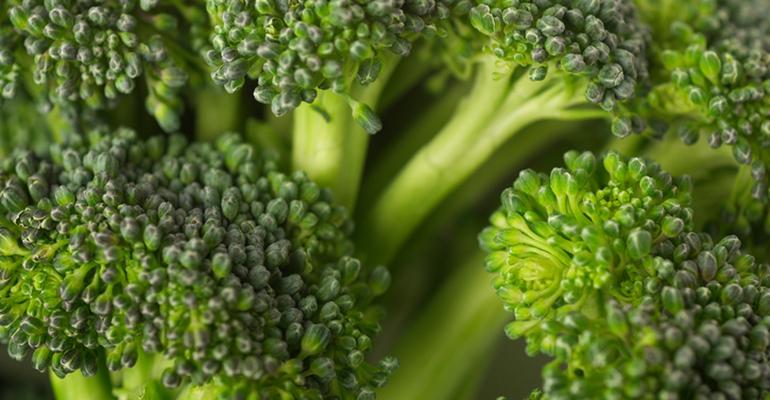 Broccoli may counter the development of fatty liver disease and liver cancer caused by a high-fat, high-sugar Western diet.

In a battle, could broccoli beat a Big Mac? Maybe, according to new research that suggests the veggie may counter the development of fatty liver disease brought on by a junky Western diet. Nonalcoholic fatty liver disease can lead to hepatocellular carcinoma, a liver cancer with a high mortality rate.

"The normal story about broccoli and health is that it can protect against a number of different cancers. But nobody had looked at liver cancer," Elizabeth Jeffery, a University of Illinois emeritus professor of nutrition who led the research, said in a university release posted on medicalxpress.com. "We decided that liver cancer needed to be studied particularly because of the obesity epidemic in the U.S. It is already in the literature that obesity enhances the risk for liver cancer and this is particularly true for men. They have almost a five-fold greater risk for liver cancer if they are obese."

Since previous research suggested that broccoli impedes the accumulation of fat in the liver in mice, Jeffery and her team designed a study to analyze the impact of feeding broccoli to rodents with a known liver cancer-causing carcinogen—a Western diet. The researchers studied four groups of mice; some on a control diet or a Westernized diet and some given or not given broccoli.

"We found that the Westernized diet did increase fatty liver, but we saw that the broccoli protected against it,” she said. “Broccoli stopped too much uptake of fat into the liver by decreasing the uptake and increasing the output of lipid from the liver.” The research was published in the Journal of Nutrition.

What if the mere thought of broccoli makes you nauseous? You’re not completely out of luck. The researchers said other brassica vegetables like cauliflower or Brussels sprouts might have the same cancer-fighting powers.